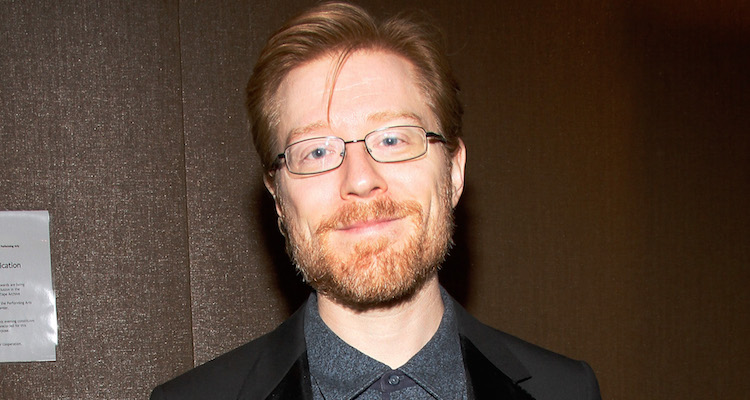 Anthony Rapp has been making headlines for the past few weeks, first due to his role on the hit Star Trek: Discovery, and now for his recent allegations about Kevin Spacey’s conduct towards him a number of years ago. With the recent headlines, a lot of interest is now turning to Rapp’s own private life. And let’s be honest, it’s completely understandable, Rapp is a very good looking guy on a very successful show, there’s bound to be questions about his private life. Is Anthony Rapp gay? Who is Anthony Rapp’s boyfriend? We’ll give you the scoop on all we know about Anthony Rapp and the lucky person he is dating.

It was truly an amazing day/weekend. A huge thank you to @albinokid1026 for making it so special, and to everyone for all the birthday love. ???

Who is Anthony Rapp Dating?

Anthony Rapp has managed to pull off something very interesting. While he has never been shy about his sexual orientation, and Anthony Rapp’s boyfriend’s photos aren’t hard to come by on the actor’s social media accounts, at the same time we don’t know anything about the lucky guy Rapp is dating. But here’s what we do know.

Anthony Rapp’s boyfriend goes by the Instagram handle “teerakeni” and is often referred to as Ken. It looks like the happy couple have been together for nearly two years, with their anniversary falling in early January as per a post on Anthony Rapp’s Instagram dated January 16. Beyond those details, Teerakeni is a bit of a mystery. We don’t know what he does for a living, whether the couple live together or not, his age, nothing. We know that he’s a pretty amazing dresser though, has a lot of love for his family and friends. It’s clear he has a very loving and happy relationship with Anthony Rapp.