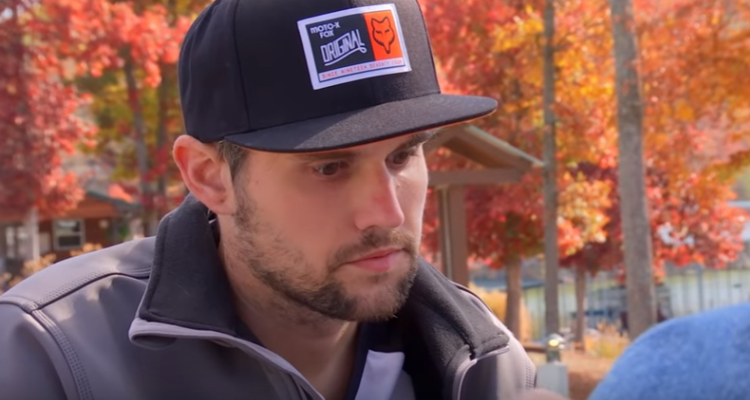 If you’ve kept up with the moms from 16 and Pregnant during their ongoing 6 season stint on Teen Mom OG, then you already know who Ryan Edwards is—and are likely not surprised at the recent light that’s been shed on his drug addiction. For those of you unfamiliar with Ryan Edwards from Teen Mom OG, he’s the father to 8-year-old Bentley, and ex-fiancé of Maci McKinney (neé Bookout). Ryan and Maci were featured on MTV’s popular reality TV show, 16 and Pregnant, back in 2009. The couple has since split up—Maci is now married to Taylor McKinney and has had two more children, and Ryan Edwards’ fiancé is 20-year-old Mackenzie Standifier. While the Edwards-McKinney family tends to stay out of the spotlight compared to their fellow co-stars, Ryan Edwards’ drug problem has recently been all the tabloids can talk about. If you’ve watched the last couple seasons of Teen Mom OG, then this may not be as much of a surprise to you, and Ryan’s frequently zoned-out state might actually make a little more sense.

Ryan’s Addiction, Maci’s Breakdown, & Everything in Between

Last week, viewers saw Maci breakdown during her Teen Mom co-star Caitlyn Baltierra’s birthday trip to Puerto Rico. As she sat with Caitlyn and Amber Portwood, she told them “[I’ve] talked to [Ryan] about going to a treatment center. It’s everyone else around him that is too afraid to admit it.” Maci added, “What I’m saying is that everyone else around him is too afraid of what it will look like more than his health…it’s all denial. They all know.”

The mother of three broke down, telling her co-stars that she was unsure of how to handle the situation. Amber, a former addict told her, “I watch it. I see it. I know it. Where he’s at right now when I see him, I know where he’s at.” She went on to explain, “You are so in love with the drugs that you feel that when you wake up in the morning without them you want to die. He needs to find where his bottom may be.” Ryan’s ex-fiancé concluded that she needed to speak to him a suggest rehab, before he “does something that he can’t come back from.”

Getting Ryan the Help He Needs

In Tuesday’s episode of Teen Mom OG, Maci spoke to a counselor for advice on how to approach the situation. “I’m not really sure what exactly it is that he’s using. Sometimes he’ll fall asleep when you’re trying to have a conversation with him,” Maci explained. “He’s really wide eyed and he doesn’t look right.” When asked whether she’d face him with an ultimatum when it came to custody of their son, Bentley, Maci said she’d do whatever it took to keep her son safe and help his father get better. “I’m also gonna have to do that with his parents because they’re pretty much the sole caregivers of our son when he’s with his dad,” she added.

It seems as though Ryan took the advice of Bentley’s mom—reports of him entering rehab surfaced shortly after the episode aired. On June 3, 2017, Radar Online reported that multiple sources confirmed that Ryan had been in rehab for two weeks and is “doing well.” Ryan Edwards’ rehab stint seemed to have come to an end just before Father’s Day.

About a month after E! News confirmed that he’d checked into rehab, they reported that he left the facility in time to celebrate Father’s Day with his family. Ryan Edwards’ Instagram feed is usually pretty quiet, but he surprised followers by posting a picture of Mackenzie Standifier, just after his release. However, he later deleted the post, leaving fans wondering—is Ryan Edwards married? The answer, surprisingly, is yes.

He’s Getting Married This Fall!

The pair got engaged in December 2016 and despite reports of having set a wedding date for November 2017, they tied the knot before Ryan left for rehab on May 15, 2017. Mackenzie also has a son, Hudson, from her previous marriage to Zachary Stephens. She posted a picture to her private Instagram page, captioned “Happy Father’s Day to the man who loves our kids unconditionally. He loves us with a love that cannot be explained. He’s kind, patient, funny, everything we could ever ask for. I’m so thankful for him!” With posts from Christmas of Bentley and Hudson, it appears Ryan and Mackenzie are blending their families together without a hitch!

With Ryan’s recent marriage and even more recent release from rehab, we hope this reality TV star gets his life back on track, and can be the father and husband his family deserves. To watch more of Ryan and Maci’s story, tune into Teen Mom OG on MTV every Monday night at 9:00 p.m. EST.