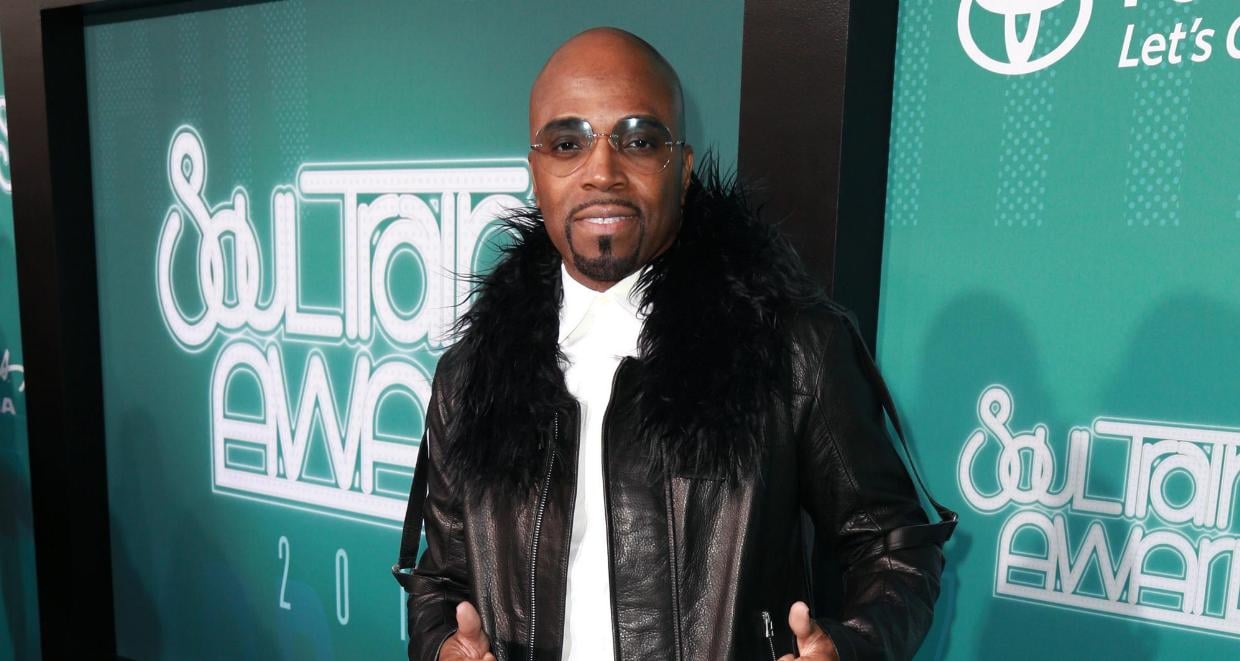 Teddy Riley was one of the hottest record producers and artists around in the late 1980s and 1990s, back when his hits like “My Prerogative,” “I Want Her,” and “In the Closet” were playing on every boombox and stereo. Although he experienced financial troubles that drove him to bankruptcy, he still had his massive talent and made a comeback in music in the 2000s. Today, Riley has a net worth estimated to be around $3.0 million. The man who started the “new jack swing” sound is now all set to give everyone a run for their money!

Anybody who grew up listening to the pop music of the late ‘80s and ‘90s would undoubtedly know who Teddy Riley is.

Songs like “I Want Her” by Keith Sweat, “Just Got Paid” by Johnny Kemp, “My Prerogative” by Bobby Brown, “I Get the Job Done” by Big Daddy Kane, and “Rump Shaker” by Wreckx-n-Effect all had two things in common. They were all produced by Teddy Riley, and they were all monster hits.

He is widely credited with inventing the “new jack swing” fusion genre of music. He combined hip-hop with R&B in his production work with artists like Michael Jackson, Dough E. Fresh, Bobby Brown, Keith Sweat, Today, Usher, Heavy D., Hi-Five, and Jane Child, including his own groups, Guy and Blackstreet.

Riley has had an incalculable influence on gospel and R&B music, which became more open to using rap and sound effects in their recordings. He became a master at churning out remixes of R&B songs and their original versions with a rap monologue, notably on hit songs like “Right Here” and “Two Can Play That Game.”

Riley Has a Modest Net Worth

Since he is a hit record producer, people are very curious to know more about his financial situation. Being known worldwide for his hand in producing music, along with the long list of famous artists he’s gone on to work with, it wouldn’t be a shock to learn that the man is worth millions. Teddy Riley’s net worth in 2018 is estimated to be a modest $3.0 million, according to sources.

Riley earned most of this money through the sales of the singles and albums he has produced (both his own and those of other artists), live concerts and tours, television appearances, and music videos. But compared to other big wig producers in the industry, his net worth seems rather humble.

Teddy Riley’s Net Worth Compared to Other Music Producers

He Shared His Experiences on a Recent Show

Recently, Riley appeared on the popular morning show The Breakfast Club, where he talked about the birth of his signature sound and the invention of the new jack swing genre, as well as his work and experiences with big stars like Michael Jackson and Bobby Brown.

Whitney Houston was also mentioned in Teddy Riley’s Breakfast Club interview. He talked about how he actually tried to stop Brown from marrying the late singer.

Riley also talked about Michael Jackson’s album, Dangerous. In fact, it was the most successful new jack swing album of all time, with sales of over 32 million copies worldwide.

Once Riley got into some big money, he built a recording and production studio right in his home. He has a purpose-built studio space called Future Recording Studios 2 directly in his house, which is about an hour north of Atlanta, Georgia.

When he was asked why he got a studio built in his house, Riley replied, “It’s all about getting intimate with an artist, and to be able to get a lot of work done without anybody knowing.”

Riley’s gear choices are diverse but refined. He uses a combination of classic sound modules from the 1980s and 1990s, many high-quality outboard processors, and some modern synthesizers, all connected to a DAW system running Studio One software.

Riley also had a recording studio in Virginia Beach, Virginia, but it got destroyed in a fire in June 2008.

Investigations later revealed that the fire started due to an electrical problem that burned down the then-empty recording studio. At that time, Teddy Riley’s studio had been up for sale and was insured for $336,000.

He Had to File for Bankruptcy

In the early and mid-2000s, Riley ran into a load of trouble because of his worsening financial condition. So, he filed for Chapter 11 bankruptcy protection in 2002. But the IRS filed a $1.0 million lien against Riley in 2004 for unpaid income taxes.

In 2005, he borrowed $700,000 against his Virginia Beach studio from a lender but later defaulted on that loan. To make matters worse, the lender won a $700,000 judgement against him a year later.

Riley virtually had no money in 2006 and was forced to sell his house in the Church Point-Virginia Beach area for $1.5 million to pay off federal and city taxes, as well as the home’s mortgage.

Thanks to his brilliant work in music, Riley has received several awards over the years.

He received a Grammy Award for the Best Engineered Album, Non-Classical for Dangerous (1993), an NAACP Image Award for Outstanding Album for Soul Food (1998), a Soul Train Music Legend Award (2016), and a Rhapsody and Rhythm Award (2017).

I just want you all to know, i'm so grateful and I don't take things for grant. I thank you all for supporting me all these year from the bottom of my heart. Coming from the projects we've learn to appreciate everything and everybody. I want you all to keep me in your prayers/heart as I take my next step into the next chapter of my life. God is so good and that's an understatement. This is the greatest birthday year for me!!! To add on to that, you all have been so good and supportive to me. I have nothing but love for you all in my heart. I thank you so much!!! Now it's time to get ready for the tour with so much more than the performance you've witness tonight!!! Much love to you & God Bless you all!!!! signing off!!!! ???????????? #Teddy #music #good #trx #soultrain #blackstreet #guy #blessings #all #love

Can’t Keep a Good Man Down

Riley is one of the most truly gifted record producers and musicians in America today. Even though his current net worth is estimated to be a modest $3.0 million, it is argued that he still has more talent in him than many other musicians working in the music industry today.

And now, after years of working with other high successful individuals in the music business, Riley has built a solid reputation for himself. In fact, he even spent time working closely with Babyface just last year to collaborate on a song for BET’s Bobby Brown biopic.

Well, he just might be making waves again behind the scenes as there is always buzz surrounding what the music guru might do next!

Yea, though I walk through the valley of the shadow of death, I will fear no evil…the most high is with me!!!! #teddyriley #legend #90sblockparty

Also Read: What Is Camila Cabello’s Net Worth in 2018?