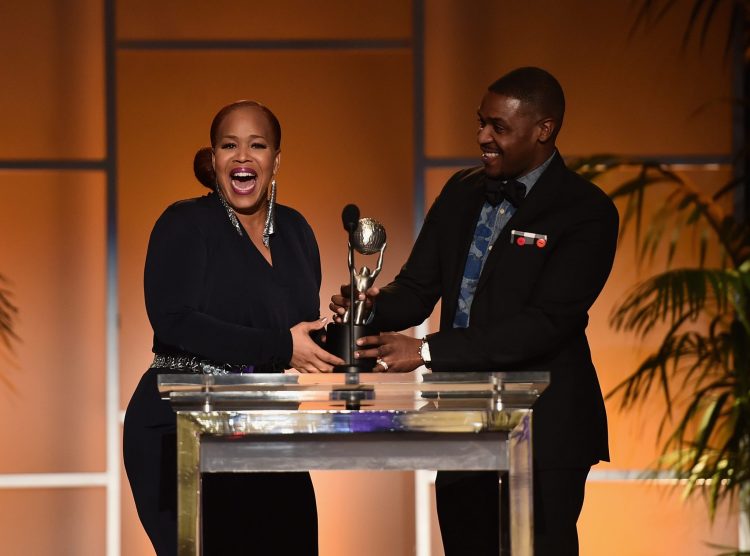 Teddy Campbell has dedicated his life to music. His real name is Glendon Theodore Campbell Sr., but he is better known by the name Teddy Campbell.

Teddy Campbell is a gospel drummer and singer who used to be the drummer for the house band on The Tonight Show with Jay Leno. He is the lead singer for The Soul Seekers, an American gospel music group who have released albums like The Soul Seekers and Soul Seekers II.

Teddy Campbell is the husband of acclaimed gospel singer Tina Campbell. She is a member of the highly acclaimed contemporary gospel duo, Mary Mary.

Tina Campbell and Teddy Campbell married each other in 2000. They have four children named Laiah Simone, Meela Jane, Glendon Theodore II, and Santana. Teddy Campbell also has a daughter from a previous marriage named Ciara.

Born on February 24, 1975, Teddy Campbell’s love for music began at Christian Youth M.B. Church in Chicago. And, it is also the place where he learned to play drums as a child.

Campbell was a member of the live house band on The Tonight Show with Jay Leno for seven years. He is now a drummer on the popular show American Idol.

Thanks to his hard work over the years Teddy Campbell’s net worth is a healthy $5.0 million and growing.

Teddy Campbell Cheated on His Wife

Teddy and Tina Campbell’s marriage ran into a rough patch about two years back because of his cheating. But, who did Teddy Campbell cheat with?

Campbell had an affair with his wife’s employee, who also became a close family friend. Back in December 2015, Tina Campbell spoke about it on the Steve Harvey talk show.

She said, “The person who it was, she used to work for me, and so, that broke my heart. She was like a godmother to my children. She had access to my home, to come get my kids and all that kind of stuff. [She] was very intermixed in my family.”

Campbell wanted to confront her employee. So, she then made her husband call the woman in question.

“She hung up the phone. So I had my answer. It broke my heart, it devastated me, so I spazzed out,” said Campbell.

Working Hard on Their Marriage

People have been asking questions like, “Is Tina Campbell’s husband gay?” and “Is Teddy Campbell gay?” As there is no information on whether Teddy Campbell is gay or not, we cannot comment on his sexuality.

The latest episode of #10MinutesWithTeddyAndTina is a good one. The topic of discussion is "Beliefs vs Practices" and in this episode we're hoping to challenge what you do as an everyday practice of being like Christ! ?#ClickTheLink in our bio OR go to www.TeddyAndTina.com and subscribe to watch this and previous episodes. Join the gang and be a part of the #Discussion of #Life #Love #Family and #Faith #TeddyandTina #knowledge #advice #wisdom #letsgo

Now, Teddy Campbell is back to doing what he does best, which is making good music.