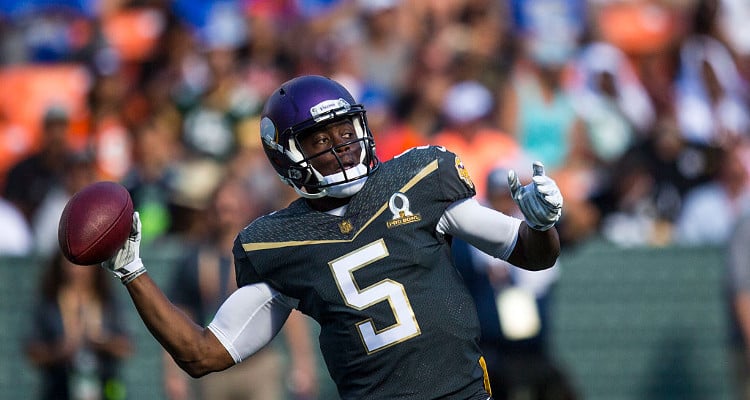 Teddy Bridgewater’s knee injury caused a serious setback for the Vikings, but according to Vikings’ coach, Mike Zimmer, the team is more concerned about Teddy and his recovery than anything else. What happened to Teddy Bridgewater? After dropping back to pass during a football practice drill, he planted his foot and dropped to the ground. Teddy Bridgewater’s knee injury involved a torn ACL (anterior cruciate ligament), but thankfully, no nerve or arterial damage. Many were concerned that Teddy Bridgewater had a broken leg, which many wonder if that would have almost been better, as a torn ACL is much more serious in the long run. So, is Teddy Bridgewater out for the season? Based on the severity of his injury, that’s affirmative. As to who would take his place in the games, it’s too soon to tell, but it doesn’t seem like anyone can match up to Bridgewater’s skill, or offensive knowledge.

Fans of the Vikings’ QB are hoping Teddy Bridgewater’s knee injury makes a full recovery, and reports suggest that will be possible, eventually. Want to learn more about the Vikings’ star player? Keep on reading these three interesting facts!

He was a Hit on ABC’s “Celebrity Family Feud”

In July 2016, Bridgewater teamed up with four NFC offensive standouts and challenged five AFC defensive standouts on ABC’s Celebrity Family Feud to win $25,000 for any foundation of their choice. The host, Steve Harvey, gave him an extra difficult time after he gave his answers, and hilarity ensued. Bridgewater had his fellow footballers and the audience in a giggle fit!

He was a Star Athlete in High School

Bridgewater was surely cut out for football since his early years in the sport, and he continues to beat his goals and achieve greater accomplishments. We hope his recovery is quick and thorough, so he can get back on the field again!