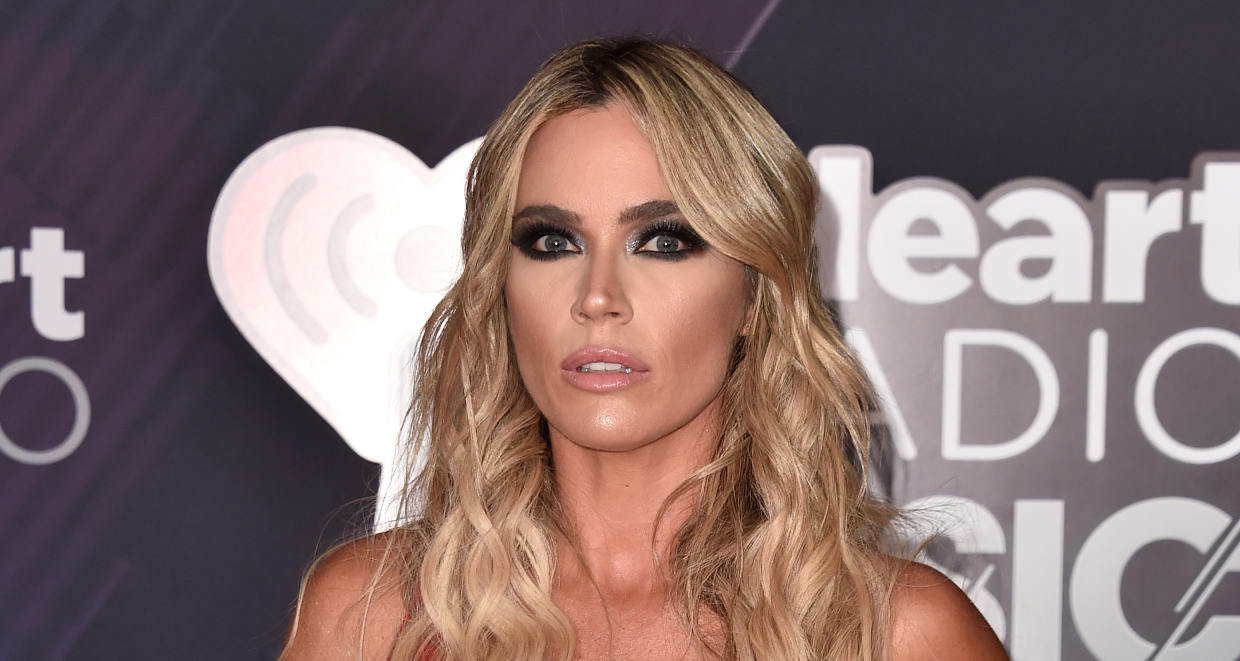 Teddi Mellencamp arrives at the 2018 iHeartRadio Music Awards which broadcasted live on TBS, TNT, and truTV at The Forum on March 11, 2018 in Inglewood, California. Credits: Alberto E. Rodriguez/Getty Images

After an entire season of gossip, catfights, over-the-top expenses, and drama, The Real Housewives of Beverly Hills season 8 came to a close. This season, we were introduced to a new addition to the RHOBH clique—John Mellencamp’s daughter, Teddi Mellencamp.

The Real Housewives of Beverly Hills season 8 wrapped with a somewhat underwhelming reunion. But we got plenty of drama courtesy of the newest housewife in town.

Teddi Mellencamp-Arroyave joined the RHOBH cast this season and proved that she’s packed with sass and has her claws out for a fight!

She’s not unfamiliar with fame either. So, get to know John Mellencamp’s daughter better with details from Teddi Mellencamp’s wiki.

Teddi on The Real Housewives of Beverly Hills

Born on July 1, 1981, Teddi Mellencamp’s age is 36, making her the youngest of the RHOBH gang. And she has projected herself as the vulnerable sheep among the manipulative wolves throughout the season.

As we came to see on the show, Teddi could feel the most relatable with viewers, but she could also hold her own in a catfight. She has gotten into feuds with Dorit Kemsley and Erika Girardi.

Outside the show, she’s been beefing from a distance with The View cohost Meghan McCain.

She has shared her experience on RHOBH on her own Bravo blog.

In one of Teddi Mellencamp’s blog posts, she claims that she and Erika buried the hatchet. Unless we see a literal olive branch in Katy Perry-Taylor Swift style, we’re not buying that.

Fans have fallen in love with Teddi’s candor, especially when talking about her struggles to get pregnant.

Fortunately for those who’ve come to love her, Teddi is pretty open about returning next season. So, let’s hope Bravo calls her back!

No Stranger to Fame

Every girl thinks her dad is a rock star. But Teddi’s dad is one quite literally.

As mentioned, her dad is rock legend John Cougar Mellencamp. You know, the guy who sang, “Jack & Diane.”

John Mellencamp was married three times and has three daughters and two sons. His daughters, Teddi Jo and Justice were born from his second marriage to Victoria Granucci.

Teddi is not unfamiliar with fame, but she grew up outside the spotlight. That’s why her father was surprised by her decision to join a reality show.

Since she was set on finding her own fame, her father did have a piece of advice for her.

Teddi treats us to a glimpse into Johnny Cougar’s family life on her Instagram. And she showed she has the performing gene herself!

She worked with her dad when she was a kid. Mellencamp sang his version of “I Saw Mommy Kissing Santa Claus,” years ago and a little Teddi joined him in the live music video to sing a verse.

Check out the video below and wait for tiny Teddi’s moment to jam with her dad:

Back when I was a true performer slaying all my high notes…??. @johnmellencamp never had me sing in a video again…I wonder why?! There is still time for us to try again this year Dad? Maybe just give me the alto part. ? #isawmommykissingsantaclaus #happyholidays #the80sweregoodtome

A post shared by Teddi Mellencamp Arroyave (@teddimellencamp) on Dec 2, 2017 at 2:57pm PST 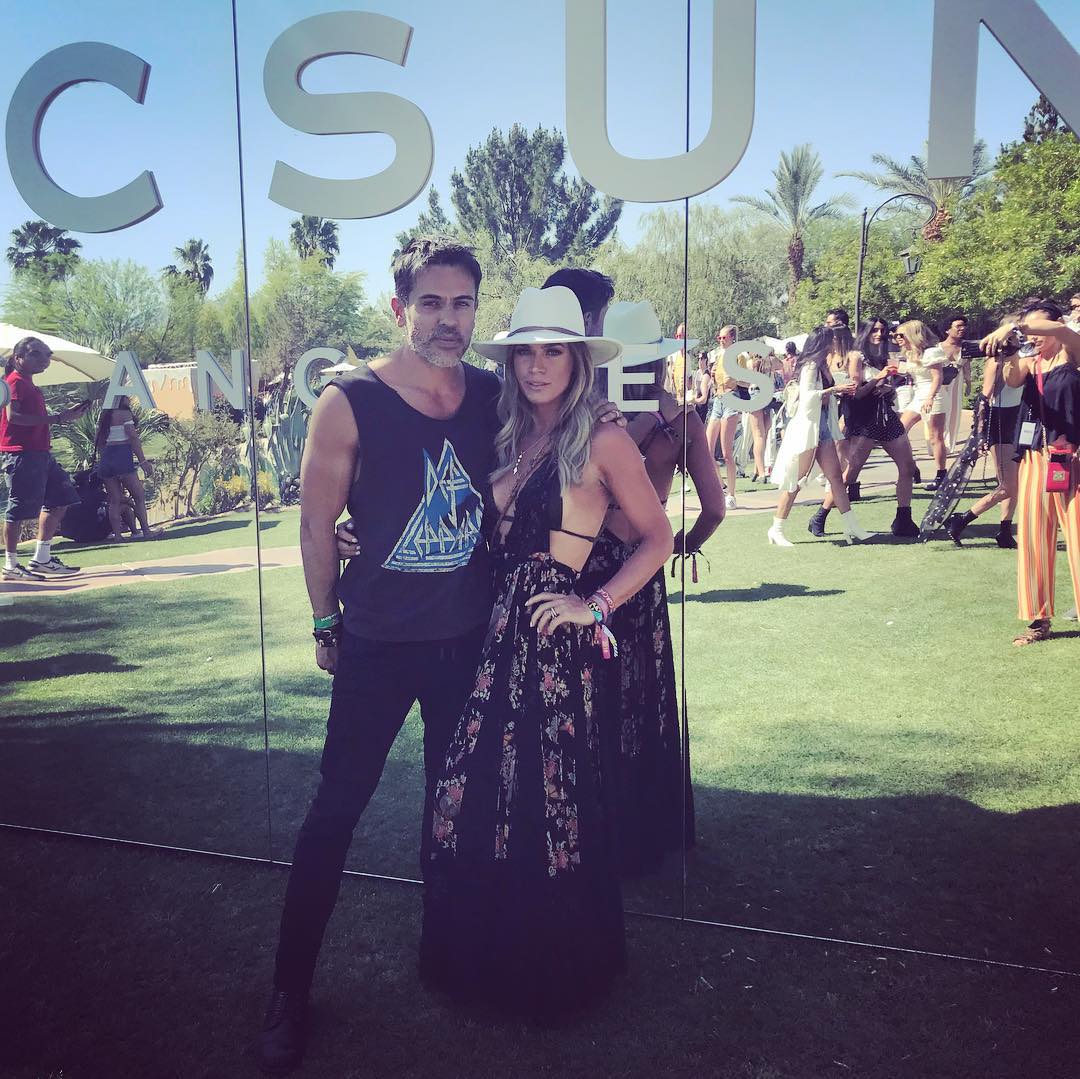 Teddi Jo Mellencamp with her husband at Coachella 2018. Credits: Instagram/tedwinator

Teddi has been married to Edwin Arroyave for six years. In one of her first confessional segments, Teddi recalled how she met Edwin.

The reality star confessed, “I could try to sugarcoat it a little, but, it was a one-night stand … I woke up next to some guy, I thought his name was Edward!”

We don’t see anything scandalous about their first meeting story. And obviously, it worked for them.

The couple has two children together. Edwin Arroyave and Teddi Mellencamp’s kids are five-year-old Slate and three-year-old Cruz.

Teddi’s also a stepmother to Isabella, Edwin’s nine-year-old daughter from a previous relationship.

Edwin is the CEO of Skyline Security Management based in Downey, California. Out of the 20 years he’s been in the security business, he spent 13 years in his own company.

According to his bio on LinkedIn, Edwin hails from Colombia. His family moved to Los Angeles when he was a toddler.

Edwin had to assume financial responsibility for his family at a young age. He worked his way up from the age of 15 until he was named one of Security System News’ “Top 20 Under 40” in 2014.

Teddi and Edwin have a family Instagram page where they share adorable pics of their daughters and son. 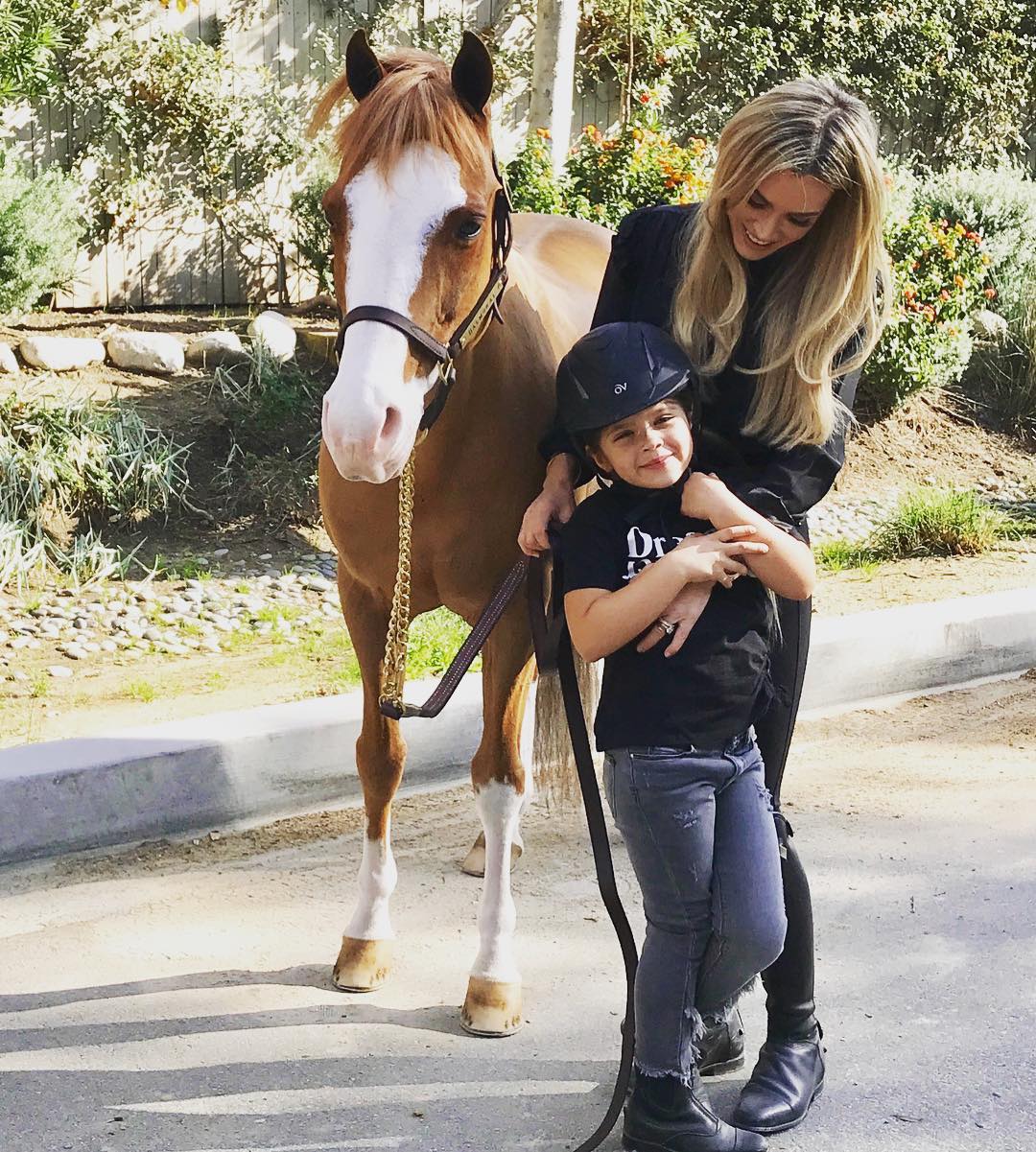 Although she has shown that she has a knack for the stage, a young Teddi was inclined to horses more than music. She even admitted that she was not a big fan of her dad’s music until later.

As a child, horses got Teddi’s undivided attention.

Teddi’s equestrian career began at the age of three when she lived on Hilton Head Island. She went on to become an accomplished equestrian competing throughout the country with Don Stewart Stables.

In her final year of competitive horseback riding, she won the stakes class.

At the age of 17, she put her equestrian days behind when she relocated to Los Angeles. She took a job at Creative Artists Agency and United Talents Agency.

She came out of retirement briefly but went from a professional to an amateur when she had children. She now competes on horses for Balmoral Farms.

She Holds You Accountable

According to her Bravo bio, “Teddi’s profession as an accountability coach and fitness influencer arose from her desire to help others achieve healthier lifestyles, stemming from her passion in achieving her own goals.”

On her website, Teddi admits that she struggled with fluctuating weight all her life. When she was going through multiple IVF treatments, she gained 80 plus pounds and didn’t feel comfortable in her skin.

So, the RHOBH rookie took control of her body and let go of her insecurities to become fit again. She soon realized that this was a struggle that many face with their fitness goals.

That led her to become an accountability coach and start LA Workout Junkie even though she’s not a certified fitness expert, trainer, or nutritionist. She inspires her clients to stick to their health goals through daily check-ins and other encouragement practices.

Teddi’s popularity has gone up since her appearance on RHOBH. She gushed her client list has grown to over 300 people, and she now has staff working under her.

Besides earning from her business, it appears that Teddi also makes money off Instagram posts. She has over 313K followers, which has increased since her appearance on RHOBH. So, she makes a pretty penny through her Instagram posts.

Before we even knew we needed an RHOBH and Southern Charm crossover, Teddi and RelationShep star Shep Rose had a crossover long before they became Bravolebrities.

Teddi was born in Indiana where her dad has a home. But she also grew up in South Carolina, Johnny Cougar’s vacation retreat with a house hosting his visual artwork.

And guess who else grew up in South Carolina?

You guessed it, the cast of Southern Charm! Shep Rose is the representative face of the show’s socialites with his old money background.

So, it makes sense that he’d know Johnny Cougar’s daughter, too. The future Bravo stars have been friends since they were kids and Shep often hung out at the Mellencamps house because they had all the cool stuff.

“It was on the beach, had a great pool, a trampoline, and they had a pet monkey,” said Shep Rose. “So all these things meant that this was the place I most wanted to be.”