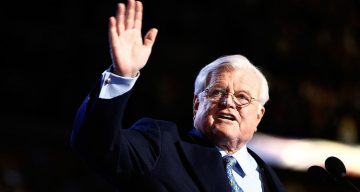 The one thing which Senator John McCain and Ted Kennedy have in common is a brain tumor. Recently, a Phoenix doctor revealed that McCain is suffering from the same type of tumor that Kennedy had. McCain has some options in the form of treatments, which may prolong his life. Kennedy also underwent a surgery and lived for 15 months after the diagnosis, which means there is hope for John McCain. If you are wondering who Ted Kennedy is, then take a look at our Ted Kennedy wiki.

Born Edward Moore Kennedy on February 22, 1932, in Boston, Massachusetts to Joseph P. Kennedy Sr. and Rose Fitzgerald, they both were members of leading Irish American families in Boston. Kennedy was the youngest of nine kids. His eight elder siblings include John, Kathleen, Patricia, Joseph Jr., Eunice, Rosemary, Jean, and Robert.

As a child, Kennedy traveled to different places because of his parents. Throughout his childhood, Kennedy moved to New York, Palm Beach, Massachusetts, Florida, and Bronxville.

Because of moving to different cities, Kennedy changed 10 schools, thereby affecting his education. During his high school days, Kennedy was into football, tennis, debate, glee clubs, and drama.

#CelebMondays – Jay Leno and Ted Kennedy join us for the opening of the Beverly Site in 1987. Every Monday we’ll be posting a picture from our history and the celebrities that have helped us a long the way. @historyphotographed #HistoryInPics #Celebrity #Healthcare #NonProfit #LosAngeles #WestHollywood #BeverlyHills #Hollywood #CommunityClinic #TedKennedy #JayLeno

Kennedy followed his father and brother’s footsteps and attended Harvard College. Since Kennedy was highly interested in sports, he joined Harvard’s football team, which affected his Spanish class. So, Kennedy convinced another student to take the exam in his place to avoid flunking in his Spanish class. However, when the school found about it, they expelled him and allowed him to come back in two years based on good behavior.

To utilize those two years, Kennedy enrolled himself in the U.S. Army for two years. There, he used his father’s influence and worked on an assignment as a guard at the Supreme Headquarters Allied Command in Paris, France.

In 1952, Kennedy re-enrolled himself at Harvard College. He again started playing football and the Green Bay Packers, impressed with his performance, wanted to recruit him in 1955. But Kennedy declined the offer because he wanted to finish his degree and get into politics. Post Harvard, Kennedy studied at Virginia Law School and received his degree in law in 1959. 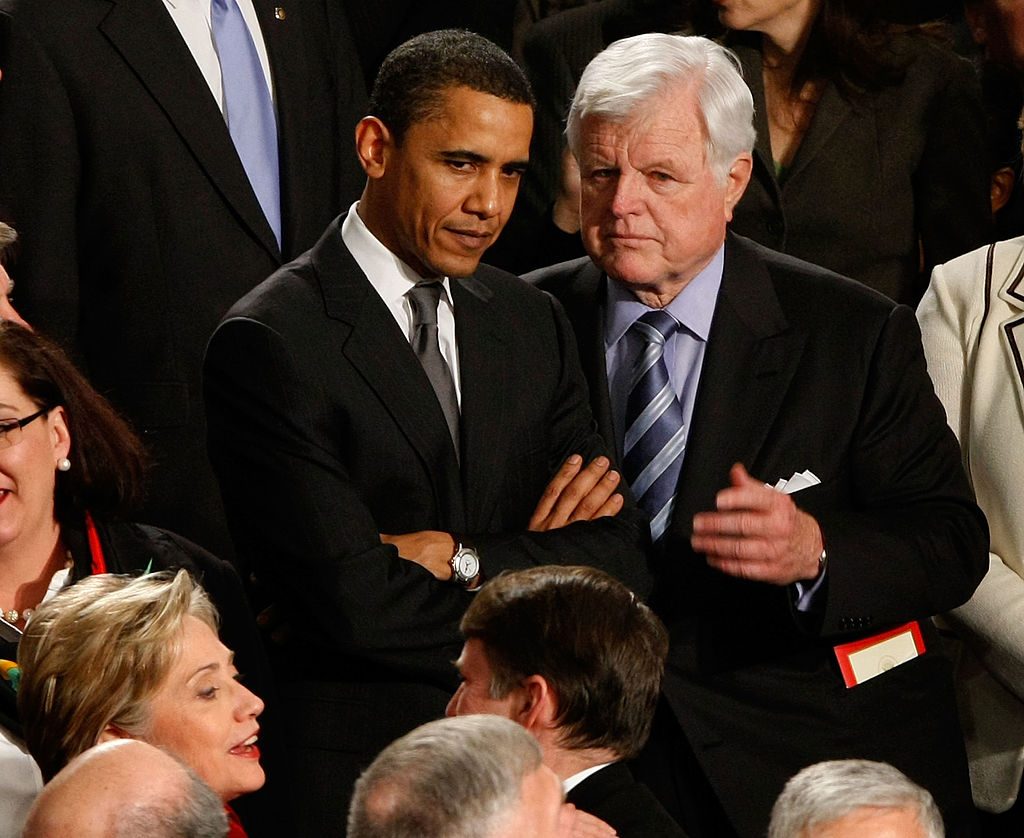 Ted Kennedy’s net worth is estimated to be $45.0 million. He was a former United States Senator in Massachusetts. Kennedy served in the Senate for almost 47 years, and he and his staff proposed nearly 300 bills that were passed into law.

In October 1957, Kennedy met Joan Bennett at Manhattanville College in Purchase, New York. Bennett was a senior there and had also worked as a model and even won various beauty contests.

Bennett had no idea about the world of politics. So, after she got engaged to Kennedy, she had second thoughts about tying with him. Joe Kennedy somehow convinced her, and they got married on November 29, 1958, at St. Joseph’s Church in Bronxville, New York. The couple had three kids together—their daughter, Kara, and two sons, Ted Jr. and Patrick.

Their marriage was troubled by the 1970s because of Kennedy’s womanizing behavior and Bennett’s dependency on alcohol. Their marriage resulted in divorce in 1983.

In 1991, Kennedy met Victoria Anne Reggie, who was a Washington lawyer at Keck, Mahin & Cate, and a divorced mother of two kids. They started dating, and their relationship became quite serious by September 1991. They were engaged in March 1992, and they got married on July 3, 1992, at Kennedy’s home in McLean, Virginia. Reggie was known to stabilize Kennedy’s reputation and political career following a period of womanizing and drinking.

Ted Kennedy’s Cause of Death

What did Ted Kennedy die from? On May 17, 2008, Kennedy was admitted to Cape Cod Hospital due to a seizure. Three days later, doctors broke the news that Kennedy was suffering from a malignant glioma, a type of brain tumor.

To treat the tumor, Kennedy underwent surgery on June 2. The operation was successful, and he resumed his work in the office. Then on January 20, 2009, Kennedy suffered another seizure, and the doctors said that the incident was a result of fatigue.

On August 25, 2009, Ted Kennedy lost the battle with the tumor and passed away at his home in Cape Cod, Massachusetts. Kennedy was 77 years-old at the time of his death.