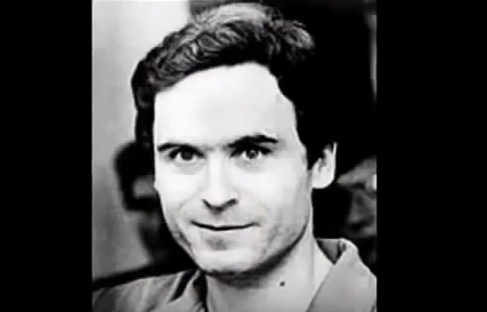 Who was Ted Bundy? That’s the question on the minds of those who aren’t familiar with the infamous serial killer, who was one of the worst criminals of the late 20th century. Baywatch star Zac Efron as Ted Bundy in the upcoming new documentary has sparked great interest, as he is about to take on his most challenging role yet. If you want to learn more, then get a closer look with our Ted Bundy wiki.

Such a great time with the crew yesterday- thanks to everyone and to the #Baywatch team for the good times. A great #CinemaCon!

Theodore “Ted” Bundy was born as Theodore Robert Cowell on November 24, 1946 in Burlington, Vermont. His mother had him at 22 years old and treated him as her secret shame, since she wasn’t married at the time and came from a strict religious family. Afraid of the scandal she and her parents would be a part of, she gave birth to Ted at a home for unwed mothers in Vermont, and later brought him home to her parents in Philadelphia. To hide the truth from others, Ted was raised by his grandparents as an adopted child and his mother was believed to be his sister. A few years later, Eleanor moved with Ted to Tacoma, Washington and in 1951, she married Johnnie Bundy and changed her and Ted’s last names. From the outside, Ted and his family were a happy and average American family.

Ted Bundy’s victims are many and it was reported that he had killed over 36 women, but experts believe it was closer to 100. He was also responsible for multiple rapes and would sexually assault his victims before he beat and tortured them to death.

It all started when Bundy was a student at the University of Washington, where he fell in love with a beautiful and wealthy woman from California. She had everything that Bundy wanted. In the end, he was deeply hurt by their breakup and many of his later victims looked similar to his college girlfriend; attractive, with long dark hair. He was one of the most notorious serial killers of his time.

Sources say that he began his murder streak around 1974, a time when he was considered a fully formed killer, and became more confident and active in political and social functions. He graduated from the University of Washington with a degree in psychology in 1972 and was accepted to law school in Utah. Bundy even received a letter of recommendation from the Republican governor of Washington after working on his campaign.

Women in Seattle and Oregon went missing and once Bundy moved to law school, women went missing there, as well. In 1975, Bundy was pulled over by police and seen with a number of tools in his car. He was in possession of handcuffs, rope, a crowbar, and a face mask. He was arrested for the items in his car and later the kidnapping of Carol DeRonch, a victim who escaped his grasp. Bundy was sentenced to the death penalty but while in custody awaiting trial, he escaped prison on two separate occasions, and committed two murders at a sorority house. He was identified by one of the bite marks he left on one of his victims.

Bundy fought for his life, acting as his own attorney and filing several appeals, but he couldn’t hold off his sentence any longer. Bundy was killed in Starke, Florida by “Old Sparky” the electric chair, on January 24, 1989. Crowds cheered outside the Florida State Prison upon his execution.

It was also said that Ted Bundy’s daughter (with ex-wife Carole Ann Boone) had her name changed by her mother who divorced him, after realizing who he was. Many still wonder who she is, or where she is, for that matter.

Zac Efron seems to have graduated from his High School Musical days and is set to take on the role of the infamous serial killer and rapist in the upcoming Ted Bundy movie, Extremely Wicked, Shockingly Evil and Vile. He may seem like an unlikely choice, given his lengthy credits of comedies but the film’s producer, Nicholas Chartier thought that Efron could effectively portray Bundy’s charming and attractive nature, that helped lure his fame.

“He can play both the depth and the charm that this guy had in equal measures, and which allowed him to manipulate these women in such a terrifying way,” Chartier told Deadline.

Efron is know for his good looks and charm and this will be a career-changing role in yet another Ted Bundy documentary.

The movie will be told from the perspective of Ted Bundy’s girlfriend, Elizabeth Kloepfer, who suspected something was wrong and reported Bundy to the police after much denial.