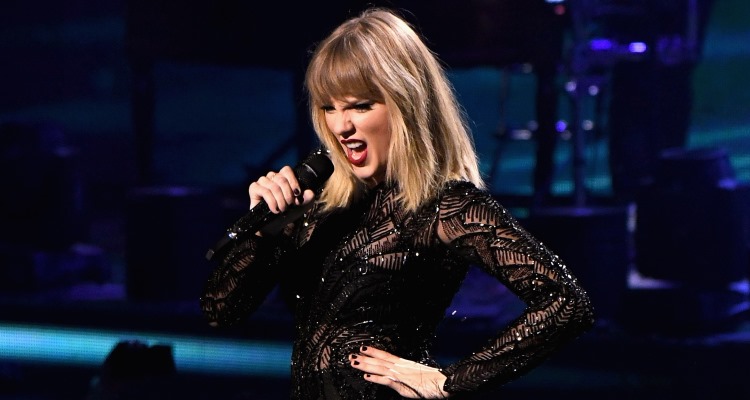 What is Taylor Swift doing? After Swift scrubbed her Instagram clean recently, fans are wondering what the heck is going on with the “Bad Blood” singer! She removed everything off her Instagram, but left fans with a single crumb and a heavy dose of WTF; a looped video of the tail of a snake. Since then, the Taylor Swift snake theories are everywhere and everyone wants to know what’s going on! Was Taylor Swift hacked? Keep reading to find out what the singer is really doing.

After fans cried over Swift leaving Instagram, she only left them one thing: An obscure short clip of an unknown object. Now known as “Taylor Swift’s Snake” on Instagram, the video is being seen as a clue, but fans can’t be sure. It’s not like Swift is losing followers over it but fans want to know more behind the mystery!

The first major theory is that the 1989 singer is working on new music. Could a Taylor Swift song and album be just around the corner? It’s been a long time since we’ve heard anything from the hit-making serial dater. And although she doesn’t need the money, fans have been dying to hear something new from her! Could Swift be working on a diss track to clap back at the many rivals in her life? Notable stars like Kanye West, Kim Kardashian, and Katy Perry have feuded with Swift in the past so it looks like she may be done playing the victim.

Some also brought up that Swift was born in the year of the snake, according to the Chinese Zodiac. Could the “Shake It Off” singer be making snakes trendy again? She’s dealt with more than her fair share and now she’s got something to say about it—though she hasn’t said much. She also just won her court case against the DJ that sexually harassed her on a red carpet. There’s one more snake added to the list!

While many have been speculating, it has finally been confirmed that Swift in fact has a new album coming out! Looks like Christmas came early and fans couldn’t be happier! The album is called Reputation and it will be available on November 10. The news broke on Swift’s Instagram account and the news is spreading quickly. Swift now has a profile picture and a total of six posts, three of which are clips that in fact appear to be a snake. Swift also has her first single being released Thursday night, while some reports claimed that she would have an album mysteriously dropped on Friday. Comments are still disabled but followers can still like the photos. it’s definitely a fitting title and if there’s one thing Swift is known for: It’s her reputation for having a revolving door of boyfriends and profiting from it later. She’s commented on it before, but the truth is that artists write about their lives and experiences. Although many have accused her of deliberately dating in order to get a hit single. One thing we can agree on: The 10-time Grammy winner is back and we can only feel sorry for whoever is mentioned on this album.