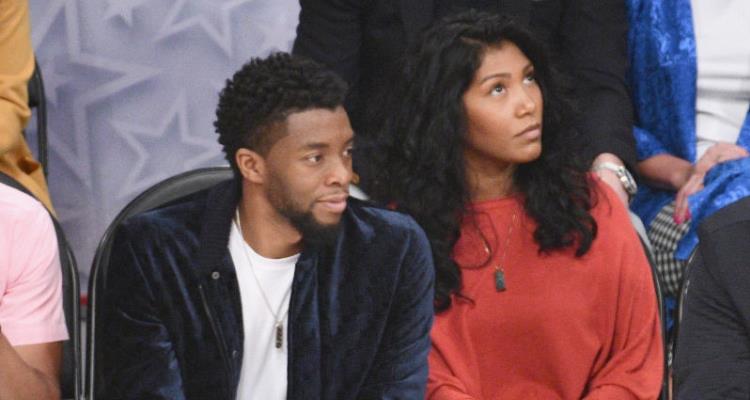 It looks like there’s a new couple in town and now everyone wants to know about Chadwick Boseman’s girlfriend. The Black Panther star has been on a career high this year and it looks like he has someone special to share his success with. But who is she and what does she do?

Boseman and his leading lady have been seen at a few public events, and now everyone wants to know more about her. If you want to know more, then have a look at our Taylor Simone Ledward wiki.

Who Is Taylor Simone Ledward?

Her bio is a little more on the lighter side but that may change once she steps out into the spotlight more with her Black Panther boyfriend. Aside from being African-American, her age is 27, which makes her much younger than 40-year-old Boseman.

Though the two have no outright confirmed their relationship, eagle eyed fans have spotted her by his side over the past year on more than a few occasions. He’s also previously mentioned a “lady” in his life in interviews, but has kept his lips sealed on who she is. Keep in mind, Boseman is very private about his personal life so it’s no shock he would keep his woman’s privacy a secret, too, especially now that he’s shot to stardom!

Is She Really Dating Boseman?

According to In Touch, the “King of Wakanda” has finally found his queen, off-screen at least. In fact, it was Ledward’s own family that confirmed the rumors of the new couple and their dating status. Who gave them up? It was her grandmother! We’re not surprised, since Granny is always the one that has some good tea to spill!

“They respect each other,” Ledward’s grandmother said of the couple, who were spotted together at the NBA All-Star Game in Los Angeles. “She’s very happy, and he is, too.”

While there are no pics of her on Chadwick’s Instagram (and she doesn’t have her own), fans of the actor can still find pics of his alleged girlfriend on social media.

He’s always been very private about the “lady” in his life, whenever he did interviews but now, with reports claiming even her Grandma has confirmed the news, it seems his secret is out! She may not share his Instagram pics but she has been spotted with him at the 90th Academy Awards—that’s kind of a big deal!

Reports also say the couple have been together for quite some time, so this is no “new” fling. In fact, they were reportedly spotted together as far back as 2015, so some are even speculating that she’s his wife!

Again, no confirmation directly from either of them, so speculation has been rife with who she really is to him. Either way, it’s pretty clear the two are together.

The Royal Honeymoon: Where Will Meghan Markle and Prince Harry Head Off to After Saying, “I Do”?

Boseman has been the subject of dating rumors before, including none other than his Black Panther co-star, Lupita Nyong’o. She played his love interest/ex-girlfriend in the blockbuster hit but many couldn’t help but wonder if their chemistry wasn’t just acting.

“It’s not hard to fall in love with Lupita. She’s a beautiful person. She’s intelligent, strong, assertive,” said Boseman said in an E! News interview, while denying the rumors.

Nyong’o was also rumoured to be dating Black Panther co-star Michael B. Jordan, but that was false, too. For now, we can only look forward to more star sightings of Boseman and Ledward and we wish them all the best!