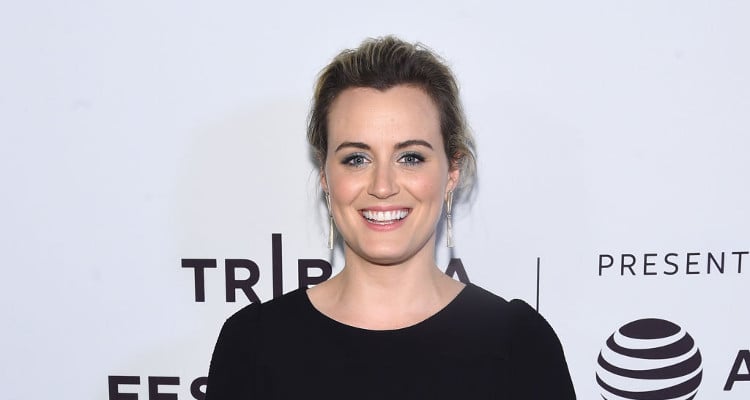 Taylor Schilling as Piper Chapman is taking the next big step in her relationship with Alex Vause. But what about the actress’ love life off-camera? Is Taylor Schilling married? Caution: Orange is the New Black spoilers ahead!

Orange is the New Black season 5 premiered on Netflix less than a week ago and all everyone can talk about is Piper and Alex’s developing love story and how the couple is now engaged! But what about the actresses who portray Piper and Alex? Laura Prepon and her fiancé Ben Foster are expecting their first baby (a girl) together. What about Taylor Schilling? Her dating life and sexuality have been the stuff of speculation for a long time. People are even asking if Taylor Schilling is pregnant. Does Taylor Schilling have a boyfriend or girlfriend? Take a look at her dating timeline here.

The actress entered the major league with OITNB but with it came the constant speculation of her romantic life. Schilling keeps her personal life private, though there is constant scrutiny of her every action. Currently, there is speculation that she is pregnant with an unidentified partner after being spotted with what people assume is a baby bump, toasting with water instead of wine. But the rumors remain unconfirmed.

A couple of years ago, there was speculation that she was dating Carrie Brownstein, a musician, actress, writer, and comedian among many things. Apparently, they were friends before they started dating. They revel in BFF-ery on each other’s Instagram which led to the rumor.

But Schilling later said that she wasn’t dating Brownstein or anyone else at that time. She said that the sudden interest in her dating life took some getting used to but she has “absolutely nothing to hide.”

“If I was in a relationship I was happy with, I’d love to talk about it. But I don’t like to date. It takes a lot for me to be into somebody. By default I’m a monogamist. I want a partner in crime,” she said. Well, that was way back in 2015. Have things changed since then? We’ll have to wait for Schilling to confirm.

Opening Up about Her Sexuality

OITNB was Netflix’s first major success in original content and was considered to be very radical for its approach to female sexuality a few years ago. Schilling was often asked about how it felt to kiss a girl on the show. To that, she responded that the things that happened on the show had nothing to do with sexuality.

Schilling’s own sexuality off-camera has been a subject of scrutiny but to that she said in May, “I’ve had very serious relationships with lots of people, and I’m a very expansive human. There’s no part of me that can be put under a label. I really don’t fit into a box —that’s too reductive.”

She’s in the middle of pregnancy rumors now, but in May she wasn’t sure about having a family. “I don’t know. Not really. So, maybe that means no…I really crave stability. But I don’t know what that looks like yet.”

Here’s to hoping Taylor Schilling makes a statement soon and, in the meantime, stream Orange is the New Black on Netflix now.