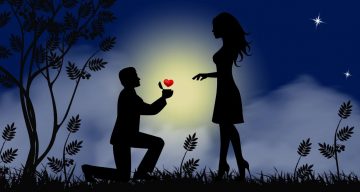 For fans of The Bachelor and Taylor Nolan, this article is for you! We dove deep to get you an accurate look at what Taylor Nolan does for a living. Find out more right here.

We are now two episodes into the latest season of The Bachelor and things are starting to heat up. Die hard fans might be interested in knowing that there’s a fantasy league for The Bachelor. You earn points by making correct predictions on the show. In the interest of making sure that you have all the information to help you to make the right picks for your Bachelor fantasy league, we’re taking a look at Taylor from The Bachelor. We have information on Taylor Nolan’s job and why it may be more important to the outcome of this season than you might think.

What does Taylor Nolan do for a living? Like many of the contestants on The Bachelor, the answer regarding her profession is a little vague. According to the show, she works in mental health. Unfortunately, that covers a wide variety of topics and professions. Digging a little deeper at Taylor Nolan’s LinkedIn page will provide better answers.

Nolan attended Stevenson University in Baltimore Maryland from 2011 to 2014, where she received a Bachelor of Science in Psychology. It should be noted that she also made the Dean’s List in 2013. After Stevenson University, she gained experience in the field by working as a counselor with Key Point Mental Health Services. Nolan followed that by going to John Hopkins University for her Masters of Science in Mental Health. She was at John Hopkins from 2014 to 2016. She’s also certified as a QPR Suicide Prevention Gatekeeper.

What Does It All Mean?

For starters, it means that she’s a pretty smart cookie. It also confirms that she is in the mental health field as a counselor. She’s currently in the process of opening her own practice, which means any guess on Taylor Nolan’s net worth or Taylor Nolan’s salary would be speculation at best.

As for what this could mean for the show, we have a pretty good guess. There tends to be a lot of breakdowns and mental anguish, especially as the show progresses. Nolan might have a leg up on everyone else in terms of dealing with this stress. She’s been trained on how to deal with mental stress and has a skill set designed to teach people on how to cope with these issues. In theory, while everyone else is freaking out, she might be able to maintain composure. When it comes to the drama of The Bachelor, anything is possible. We’ll just have to tune in to see if Taylor Nolan’s job is an asset in helping her cope with the trials and tribulations of the show.