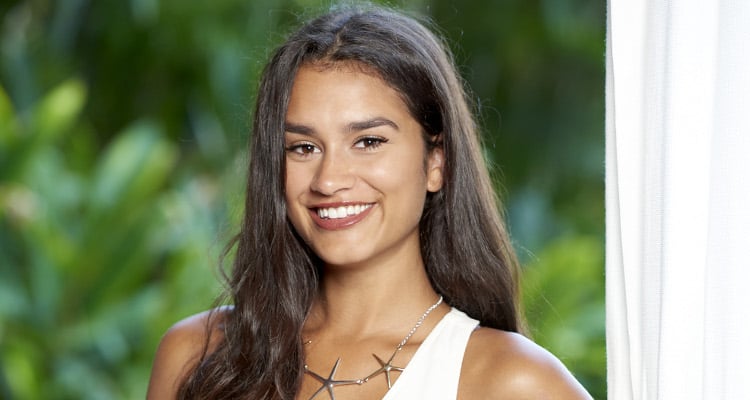 It’s too soon for Bachelor Nation to forget Taylor Nolan from Nick Viall’s season of The Bachelor. She took on the scandalous Corinne Olympios, said “emotional intelligence” more times than we could count, was eliminated, and “re-interrupted” Corinne and Nick’s date. Her first on-screen love quest didn’t work out, but she hasn’t given up. Taylor Nolan is on Bachelor in Paradise and we’re counting on her for some drama. Here’s a refresher on this BiP contestant in Taylor Nolan’s wiki.

When Taylor went on and on about Corinne’s emotional intelligence, she may be talking from expertise. She is a mental health counselor in Seattle’s Counseling Ordinary Courage. She previously worked in Key Point Health Services Inc. According to her LinkedIn, she graduated from Stevenson University with a Bachelor of Science in psychology. She went on to receive her masters in mental health counseling from John Hopkins. And if you need proof that she’s a smart cookie, she is also a certified QPR Suicide Prevention Gatekeeper. At Stevenson, she was on the Dean’s List and the Psi Chi International Honors Society.

Her net worth hasn’t been calculated, but it’s surely on the rise. She has reality star on her résumé and she does some modeling on the side. She’s definitely a beauty with brains!

Also Read: Taylor Nolan from “The Bachelor:” Everything You Need to Know about the Mental Health Counselor

From her Instagram, we learned that Taylor always keeps herself occupied. Post-Bachelor, she maintains a blog “Talking with Taylor” where she doesn’t give advice. She shares reflections of her daily life and hopes someone who’s struggling with issues can benefit from it.

She spends a lot of time with those she loves, including her parents who live in Washington, and her pets. She’s fond of animals and has a cat and dog, both rescues. Civil rights, environment, human rights, and social welfare are some of the other things she’s passionate about.

I had a very happy holiday with these two wackos, who I’m lucky enough to call my best friends and parents. I hope everyone had some good quality time with their families. Don’t forget to also take some care of yourself this holiday season! ???????? #holidays #family #love #throwback #dysfunctionalfamilyphoto #selfcare #holidayseason #theresmagicinthemess #connection #memories #christmastree

As if she wasn’t cool enough already, she volunteers at shelters too. And she still makes time to go hiking, support her favorite Seattle sports teams, and go paddle boarding. Before she became a reality star, she had several posts of her food escapades. From her Instagram, we also learn that she had a boyfriend, whom she broke up with before coming on The Bachelor.

taking life one paddle at a time…

After Nick sent Taylor home after the dreadful two-on-one date, she returned to Seattle. Still, her confrontation with The Bachelor season 21’s villain, and her bold interruption of Corinne’s date with Nick, Taylor became more than a local celebrity. Since the show aired, the 23-year-old experienced a common phenomenon —women coming up to her and badmouthing Corinne!

But she was eliminated under bad circumstances —Corinne called her a bully— and she found it difficult to move past it. “I assumed there were not-so-positive comments said, but I was kind of taken aback by the labeling and name calling that was aired, and I didn’t feel like that was an accurate depiction of me,” she said.

Taylor was also heartbroken that Nick, whom she felt a connection with, sent her home. She had to take some time off to regroup as a counselor. For a long time, she couldn’t tell who was seeking her help as a professional counselor and who was trying to get some scoop out of a former Bachelor contestant. After some reflection, Taylor concluded that the show is a step back for women. On a better note, she formed some lifelong friendships with some of the girls, including Nick’s fiancée, Vanessa Grimaldi.

Find out if Taylor’s second quest for love works out when Bachelor in Paradise season 4 premieres on August 14 at 8:00 p.m. EST on ABC.

on saturdays we wear robes ➰