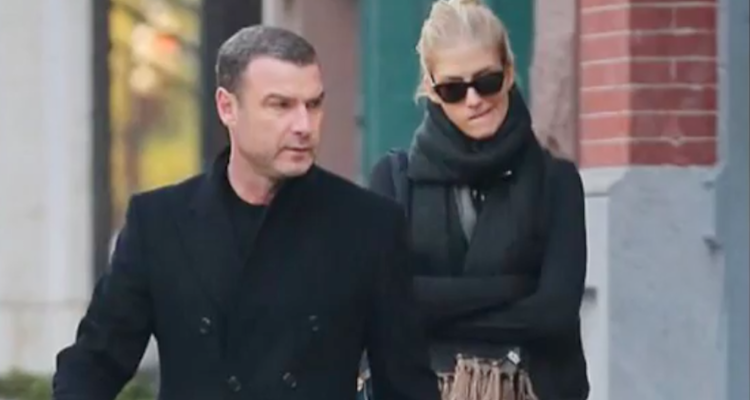 It looks like Ray Donovan star Liev Schreiber, 50, and his much younger girlfriend are still going strong! The two were recently spotted on a beach vacation in San Jose, Costa Rica, on Monday looking as in love as ever. But what do we really know about Liev Schreiber’s girlfriend? Find out with our Taylor Neisen wiki.

Who Is Taylor Neisen?

Aside form her age, not much is known about the 26-year-old former Miss South Dakota, including information about her parents and family. We do know that she has been spotted with Schreiber all over the place, including New York. And just recently, the couple was spotted on vacation in Costa Rica with Schreiber’s sons, Alexander Sasha, 10, and Samuel Kai, 9.

However, the two have not yet openly come out as a couple. Though there are plenty of pictures to prove that the two certainly look the part, keep in mind, they themselves have not confirmed it (though they haven’t denied the rumors, either, which have been swirling for months.)

Some sources have even suggested that she is just his children’s nanny and not his girlfriend.

Schreiber’s representative, Ina Teciokas, reported in October that the couple “are friends and she [Neisen] sometimes helps out with the kids–they are not dating.” However, that was back in 2017, and if the most recent photos of their family outing to the beach are any indication, the two look like they’ve certainly developed feelings. They were spotted cozying up on the beach and a couple shots of Neisen feeling Schreiber’s bicep at one point.

Thanks to Neisen’s Instagram, you can learn a bit more about the former beauty contestant just by looking at her social media pics. Judging by her posts, she could be a model and she also loves to travel. She’s also seen on a visit to Vanuatu, where she was surrounded by many of the local children.

She captioned the post, “Grateful doesn’t even begin to explain it! 3 months ago I set sail for Antarctica. At the record breaking 78°43.997’S, we started northwards slowly making our way back to civilization. The places I have seen and the people I’ve met have changed my heart forever.”

Her Boyfriend’s Co-Parenting His Kids

Schreiber and actress Naomi Watts may have gone their separate ways since 2016, but they are still equally involved in their children’s lives. When the news of their breakup (after 11 years) was announced, the former couple vowed to put their kids first. They remain on good terms and have chosen to co-parent the boys.

“Over the past few months we’ve come to the conclusion that the best way forward for us as a family is to separate as a couple. It is with great love, respect and friendship in our hearts that we look forward to raising our children together and exploring this new phase of our relationship,” their joint statement read. “While we appreciate your curiosity and support, we ask the press to be mindful of our children and respect their right to privacy.”

Neisen couldn’t have chosen a better father to hook up with, especially one as accepting as Schreiber. Back in July 2017, many criticized the actor’s son, Samuel, for dressing up as Harley Quinn at San Diego Comic-Con. Many also came to the actor’s defense for letting his children dress as they want.

“Just because he wanted to dress up like harley quinn does not mean he is trans, maybe he just felt like it, but none of us can speak for him or his father,” one user clapped back. “Instead of rambling, open a book. It’s a boy playing dress up. I’m sure more than half of you pretended to be the opposite sex once or twice as children. This is one of the most innocent things and you all shatter it with disgusting social constructs [sic].”

There were also many that were proud of Schreiber for challenging gender constructs, especially since many straight men and women wear clothes of the opposite sex for a number of reasons! After all, it is 2018, people!

“This makes me so happy, instead of f*****g his kid up with gender constructs about how to play he’s allowing his kid to safely have fun and encouraging his imagination,” one said. “Boys can play with dolls, girls can play with trucks…If this causes you to be so angry you have to ask yourself, why are you so scared?” Well said—and we’re sure Schreiber would probably agree!