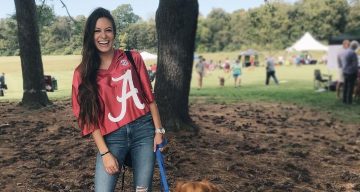 In the recent episode of Very Cavallari, Uncommon James’ model Taylor Monaco revealed to her friends that she is eight weeks pregnant! If you want to know more about her, then we have some details from Taylor Monaco’s wiki.

Who Is Taylor Monaco?

Born Taylor Long on August 13, 1993, Taylor Monaco’s age is 25. She was born on the Hawaiian island of Oahu but was raised in Birmingham, Alabama.

In 2015, Taylor moved to Nashville and graduated from Belmont University. She wants to follow in her father’s footsteps as an entrepreneur and start her own business with Nashville roots.

Taylor is one of the cast members of the show, Very Cavallari. She currently works as a model for Block Agency.

As seen on the show, Taylor is very close to Shannon, who is the social media director of Uncommon James. In fact, when Kristin was hiring girls for her store, Shannon asked Taylor to work for them.

When Taylor did modeling for the brand, Kristin asked her if she wanted to work full-time for Uncommon James, but Taylor refused the offer back then. However, this time around, when Taylor went for the interview, Kristin told her that she couldn’t hire her as she doesn’t want “cliques” of friends to be working under the same roof!

Although Taylor and Shannon were disappointed, they eventually got over it.

In the last episode of Very Cavallari, when Kristin took her staff to Destin, Florida for the weekend, Taylor told Kristin that she is eight months pregnant! 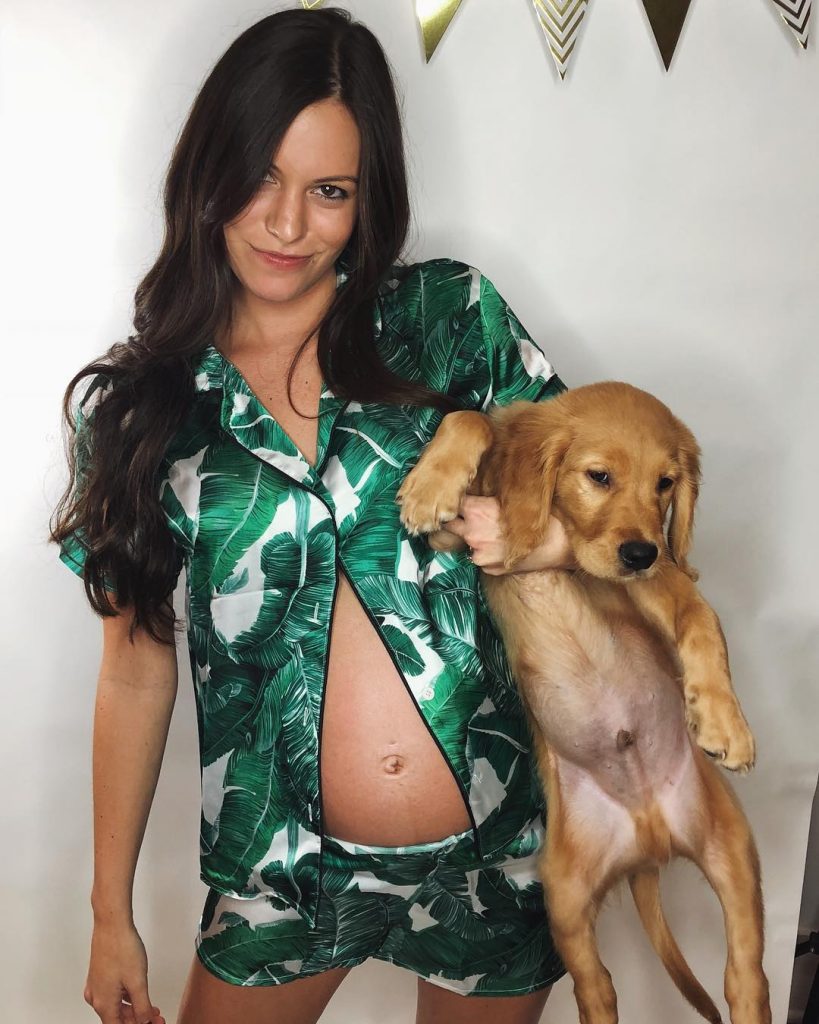 Taylor Monaco flaunts her baby bump as she poses with her dog (Photo: Instagram/taylorambermonaco)

Although Taylor is already married, in the next episode of Very Cavallari, Mike Monaco is planning to propose to her soon and asks Shannon to help him with his plan.

Her Family Hails from Hawaii

Taylor’s family lives in Hawaii. Her mother is Lea Price, who is also known as Carol Lea Walker, and her father is Charles Long. He runs several businesses and he is the CEO at Private Security Group Inc., according to his Facebook.

Taylor has a brother named Devin Long, who hails from Honolulu, Hawaii and attended Mountain Brook High School. He graduated in 2011 from Jefferson State Community College. His wife is Carlee Kikue Long, whom he married on October 8, 2016. 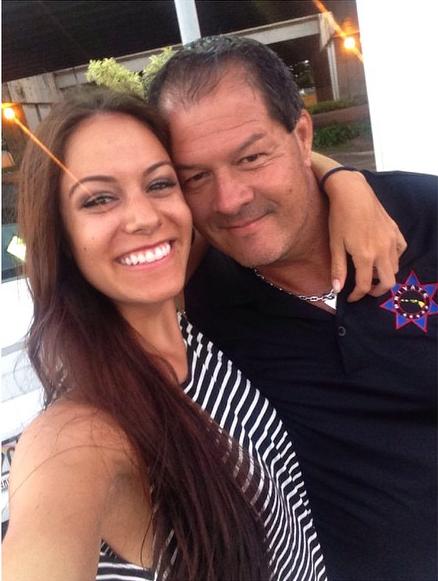 Taylor’s parents are no longer married to each other. They both split up when Taylor’s brother was nine years old.

Charles Long is married to Melanie Long, who works at Pacific International Realty. The couple has three sons together. One of them is Kapali Long, who is a songwriter and an artist. 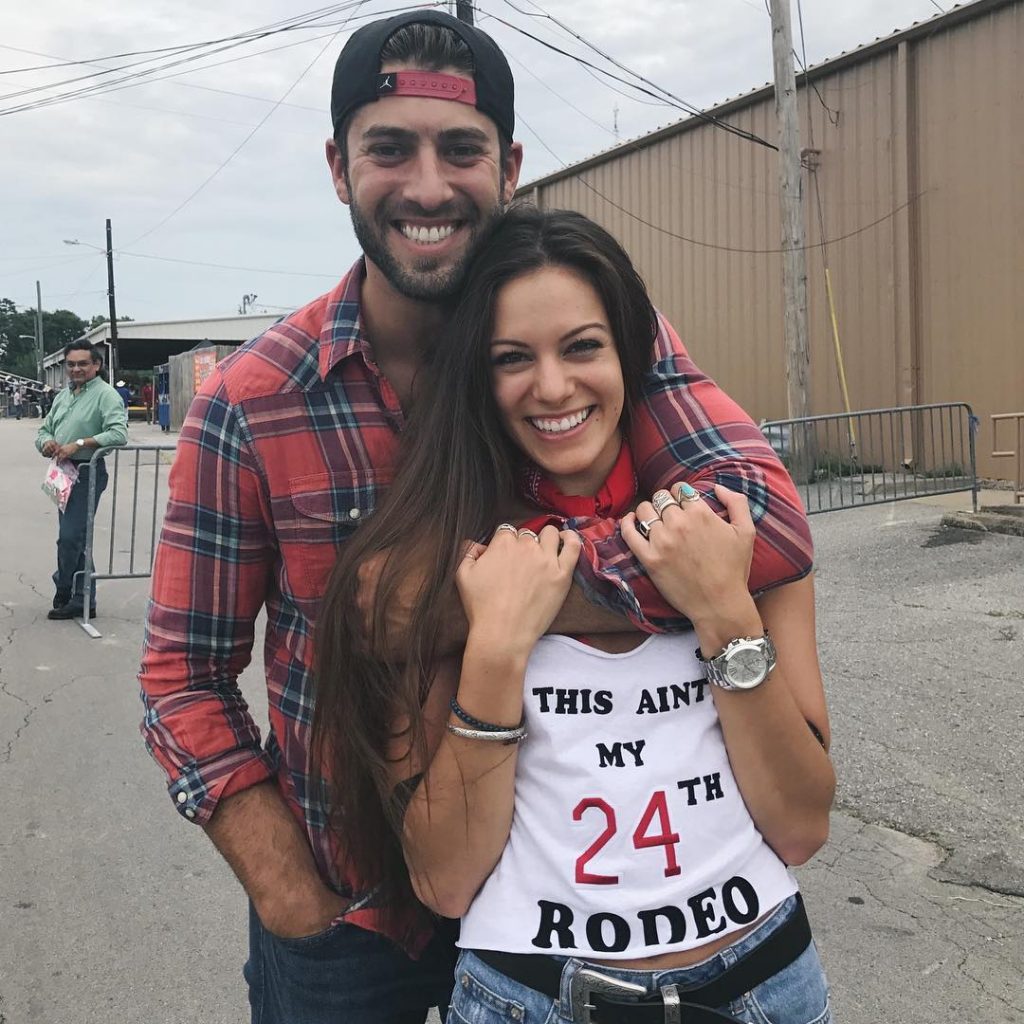 Taylor and Michael Monaco dated for a long time. He is a director and documentary filmmaker, who hails from Cleveland, Ohio.

Currently, Monaco is working for country music superstar Luke Bryan. He is directing and filming his tour documentary.

Michael Monaco proposed to Taylor for marriage on March 7, 2018. Of course, the happy news was posted on Taylor Monaco’s Instagram.

Taylor announced the news about her pregnancy in April. The couple is expecting a girl in October.

In fact, they are so over the moon, that Taylor and her husband have already chosen a name for her—Walker Rose Monaco.

Taylor and Michael Monaco walked down the aisle on May 10, 2018. They have a golden retriever named Wilbur and recently welcomed a puppy to their sweet, little family.

Also Read: Everything You Need to Know about Jon Stone, Who is Part of the Very Cavallari