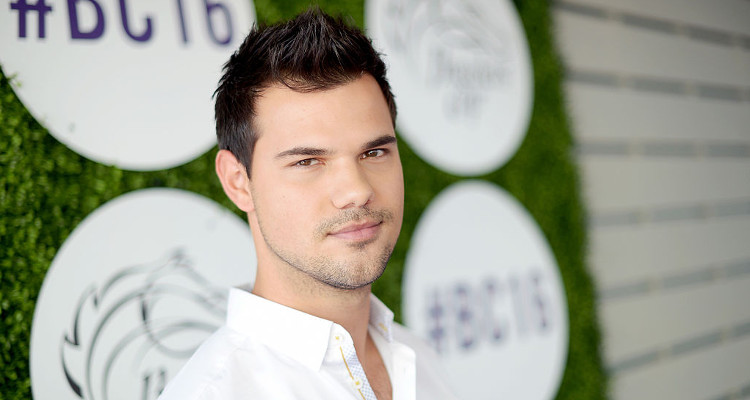 It seems like only yesterday we saw Taylor Lautner bare his signature six pack in Twilight. Though he reigned as a teen heartthrob then, and was expected to be a huge sensation now, we haven’t seen much of Lautner. Where did all that go?

When we saw Taylor Lautner in Cheaper by the Dozen and The Adventures of Sharkboy and Lavagirl, we didn’t think much of the 13-year-old. Fast forward to when he was 17 and he pulled his shirt off to show his muscular body in Twilight, and fans went crazy for him! With his role as the werewolf Jacob Black, Lautner became a Hollywood star. Many thought he would turn out a big action star in the future, and he even demanded higher paychecks. But the offers suddenly dried up and Taylor Lautner now isn’t the Jacob Black we knew. What’s up with Lautner in 2017?

What Ever Happened to Taylor Lautner?

Even before Taylor Lautner could learn how to drive, his movies were making millions in worldwide box offices. He once said he wanted to be recognized for his acting, and not his looks or body. Studios didn’t mind because the martial artist had the potential to be the next big action star. Studios clamored over the young star, offering him millions and more upfront to sign him onto their projects.

Lautner packed the muscle for his character in The Twilight Saga: New Moon, where he went shirtless for the world to see. It wasn’t long before he was signed on by Paramount for the superhero flick, Max Steel shortly after New Moon’s release. He then signed on for the action movies, Northern Lights and Universal’s Stretch Armstrong around the time he landed Lionsgate’s Abduction.

That hair tho #tb

It seemed premature for studios to sign him right after New Moon was released, but they saw his potential as a rising teen actor. And when he was looking at a massive pay day, Stretch Armstrong was shelved, no one knows about Max Steel, he reportedly left Northern Lights with the studio turning to Liam Hemsworth, and Abduction was possible career suicide.

Abduction was the teen’s first leading-man role, but was critically panned and it didn’t do well for Lautner’s career. Even the final two Twilight movies couldn’t salvage what was left of his stardom. Many began to think that his acting abilities weren’t that great and six packs don’t make a star. The big offers dried up and Lautner didn’t get prominent roles on the big screen anymore.

Adam Sandler managed to help get Taylor Lautner’s career slightly back on track. After playing an obnoxious frat boy in Sandler’s Grown Ups 2, he did the action flick, Tracers, which got a better critical response than Abduction. He then starred in the ensemble cast of The Ridiculous Six as part of Sandler’s four-picture Netflix deal.

Lautner later became eye candy alongside John Stamos in the Fox series, Scream Queens season 2, which also starred Emma Roberts and Jamie Lee Curtis. Though the show fared well, the chances of season 3 happening looks unlikely and we haven’t seen anyone else signing Lautner in 2017.

What’s He Up to Now?

Twilight director, Chris Weitz considered replacing the 16-year-old Lautner as Jacob Black after the first movie. Lautner looked too young for the role and the studio was considering Michael Copon or Ben Barnes to fill in. But the lean-bodied karate champion campaigned to retain his position in Twilight by bulking up. The result, Lautner’s physical transformation making Twi-hards fall in love, leaving Team Edward in favor of Team Jacob.

However, there’s been a whisper that Lautner has lost his abs and has gotten fat! Last year, he was seen at the beach a few times and people noticed his sculpted body look a little different. Between weight training and dieting, the 25-year-old reportedly gained a lot of muscle mass. But even if he’s lost his abs, he’s far from flab! Taylor Lautner is still that muscular hunk and those extra pounds disappeared as quickly as it came.

He’s currently dating his Scream Queens costar, Billie Lourd, the late Carrie Fisher’s daughter, and the two were spotted in a PDA-filled vacation in the Caribbeans.