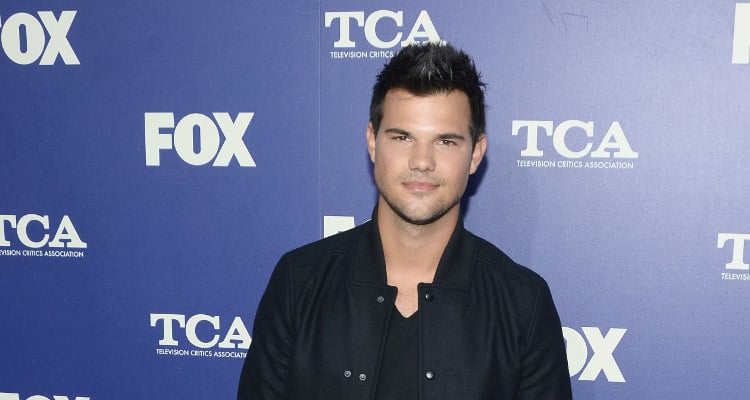 Recently spotted showing off his biceps while out and about with his friends, it’s evident that Twilight star, Taylor Lautner is working incredibly hard on his physique! Last month, there was news that the 25-year-old broke up with his Scream Queens co-star, Billie Lourd. But is there somebody else in his life, or is he single right now? Take a look at our Taylor Lautner dating timeline to find out!

Taylor Lautner is famous for playing Jacob Black in The Twilight Saga. He worked in several other movies such as Cheaper by the Dozen 2, Valentine’s Day, Abduction, Grown Ups 2, Tracers, and Run the Tide. In 2010, Lautner was included in Glamour’s list of “The 50 Sexiest Men of 2010” and ranked fourth on People’s “Most Amazing Bodies List.” That same year, he was the highest-paid teenage actor.

Most recently, Taylor Lautner and Billie Lourd split after dating for eight months. Rumors about their breakup started circulating when fans noticed that the adorable couple did not spend the Fourth of July together. Lourd and Lautner used to upload a lot of photos together on their respective social media accounts. However, their last picture together was posted to Lautner’s Instagram account in May.

Lautner was an ideal boyfriend. In fact, Lourd’s uncle, Todd Fisher, even praised him for being there for Lourd after she lost her grandmother, Debbie Reynolds, and mother, Carrie Fisher. “The truth of the matter is, the guy is pretty spectacular,” Fisher said. “He’s a really deep person, and he has supported her amazingly. He’s stepped up and acted like a husband would act. Not that that’s what’s going on, but it’s just an amazing support system for her, and I’m glad he’s in her life. That’s not easy for me  to say, if you think about it!” added Fisher. A source close to the couple stated that they broke up amicably and Lourd is currently focusing on her work.

Ahh…the Taylors! Taylor Swift and Taylor Lautner dated for a few months in 2009. Last year, when Lautner was asked what dating Swift was like, he said it was fun. As we all know, Swift’s exes are typically the inspiration behind her songs. “Back to December” is supposedly about Lautner. The pair played an on-screen couple in the film Valentine’s Day, and their chemistry continued off-screen, but they broke up a few months later.

Also Read: Courtney Miller’s Boyfriend: Who Is She Dating?

Lautner and Lily Collins met on the set of Abduction. Although they never confirmed their relationship, there are rumors that the co-stars dated and broke up a week before Abduction’s release. A source revealed that the breakup was initiated by Lautner, adding that they were awkward and refused to speak to each other at the film’s release party. However, it still remains unconfirmed that they actually dated.

Currently, it looks like Taylor Lautner is single! (Contain your excitement, Ladies.) Other than these women, Lautner was also linked to Selena Gomez, Raina Lawson, and Marie Avgeropoulos.