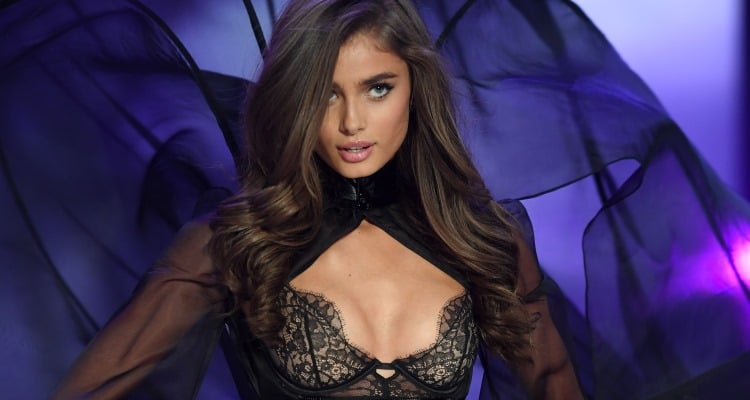 The Victoria’s Secret Fashion Show 2016 airs on Monday December 5, but we don’t see why we can’t give you a look behind the scenes by bringing you all the information you need on Victoria’s Secret Angel, Taylor Hill. If you’re not sure who she is and want to know more, then you’re in luck, because we’ve got our very own Taylor Hill wiki right here.

Taylor Marie Hill, was born on March 5, 1995 in Palatine, Illinois but was raised in Arvada, Colorado. Like fellow Angel Jasmine Tookes, Hill was a gymnast, starting at an early age, before becoming a model. She also graduated from Pomona High School in Arvada.

Taylor Hill’s age was only 14 when she was discovered in Colorado by a photographer. Today, when you look up “Taylor Hill agency,” you’ll find out that she is represented by world-renowned modelling agency, IMG Models. IMG Models represents many of her fellow angels, who get to travel the world, gaining countless opportunities to hit the runway and meet new people.

The 20-year-old model stands at 5’9”, is very athletic and weighs 121 lbs. She became a Victoria’s Secret Angel in 2015— a job that is every upcoming model’s dream. In 2014, she walked runways for fashion brands H&M and Victoria’s Secret, before she officially became an Angel. The 2015 Model of the Year winner has appeared in countless editorials, including Glamour, Australian Elle, W, LOVE, Italian Marie Claire, and more.

Hill has advertised for campaigns such as Miu Miu, Jimmy Choo, Lancôme, Versus, Michael Kors, J Brand, Victoria’s Secret, and the list goes on!

At this year’s Victoria’s Secret Fashion Show, Hill owned the catwalk in Paris, France at the Grand Palais, on Wednesday. She wore two distinctive outfits: one was a lace outfit that showed off her killer abs, while the other was a pastel princess look. Among other models, Hill was joined by Joan Smalls by her side on the runway.

The Taylor Hill net worth is $1.8 million right now, but we expect the model to work her way up, earning much more, just like her fellow models.

Other than what you may find on Instagram or Twitter, not much is known about the young model’s life. Searches like “Taylor Hill’s ethnicity,” “Taylor Hill’s family,” and “Taylor Hill’s parents” won’t get you much information. What we do know is that the runway star has two younger siblings: brother Chase and sister Mackinley, and they’re models, too!

Taylor Hill’s diet is just like anyone else’s, since she’s a self-proclaimed cheater. She admitted in an interview with Byrdie magazine, that she has a personal trainer because she is a natural-born diet cheater. (It’s okay, Taylor! We’ve all been there!) 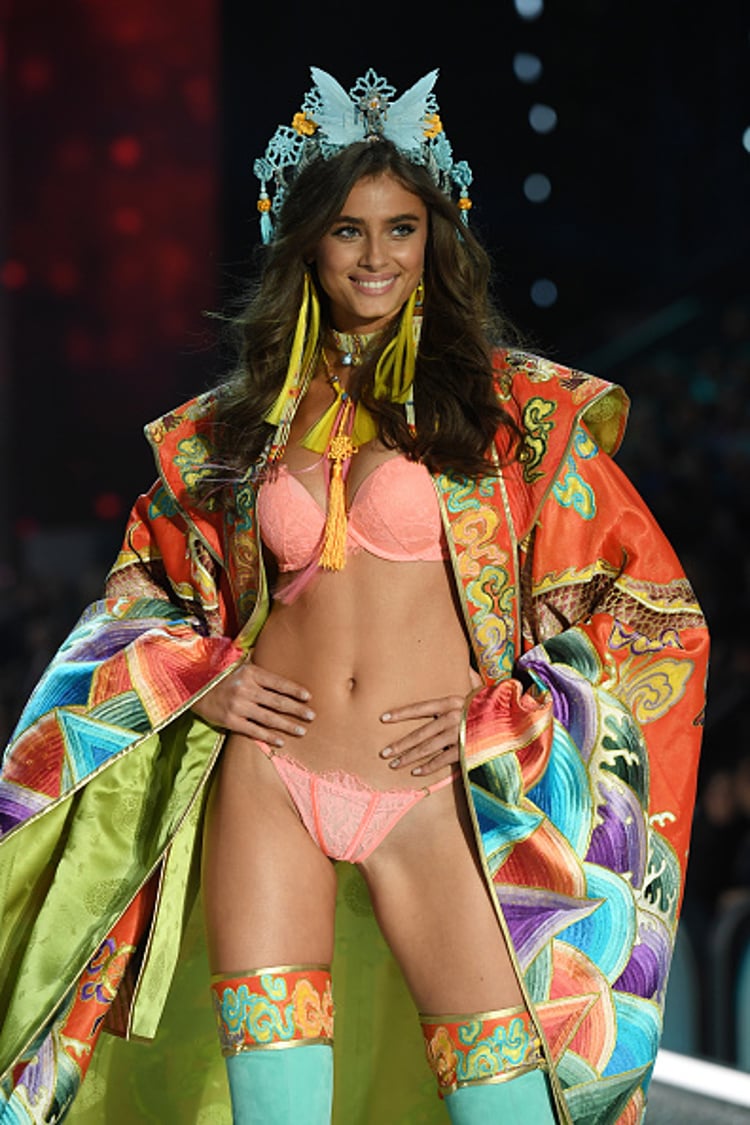 Hill is a firm believer in using social media, as she believes it has helped her career along the way. The official Taylor Hill Instagram account is (taylor_hill), and Taylor Hill’s Twitter handle is (TaylorMarieHIll). Make sure you follow her on social media to see all her exciting updates, and don’t forget to tune in Monday, December 5 to see her on the runway at the Victoria’s Secret Fashion Show!

I'm running out of captions