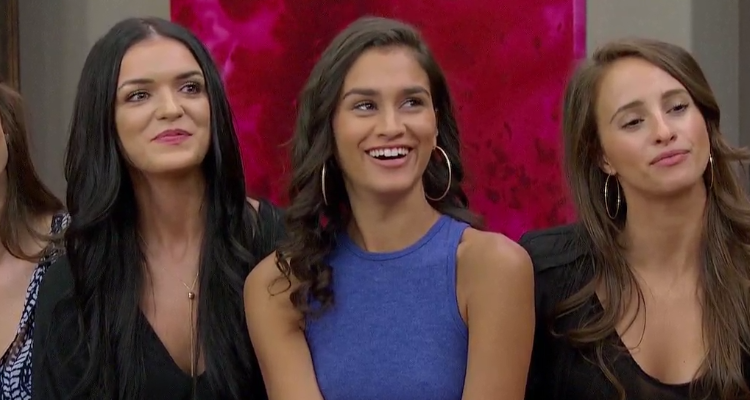 For fans of The Bachelor who want to know anything and everything about the contestants, this article is right up your alley! We take a look at The Bachelor contestant, Taylor Nolan and her family. We try to determine if her family might help or harm her chances on the show. For all this and more, keep reading ahead.

We are only two episodes into the latest season of The Bachelor and the drama has only just begun. First, we had Liz and her secret pre-season hook up with Nick Viall at a wedding, that recently became less of a secret to the rest of the women on the show. Then we had the start of what could turn into an epic feud between Taylor and Corinne. You can feel the hatred growing between them and while we can’t confirm it, we’re betting if any of the girls go head to head this season, it’ll be those two. But what of the two combatants? We know a ton about Corinne, as she isn’t exactly shy about, well, anything really, but what do we know about Taylor? We know a bit about her professional life, but her personal life has been a little bit more vague. What about Taylor from The Bachelor’s family? Her parents? How many brothers and sisters does Taylor have? We’ve scoured the internet and come up with a few answers that may shed some light on Taylor’s family and might even give her a leg up on her competition.

What we know from the show is pretty basic. We know that Taylor, who is a mental health counselor, has opened her own practice in Seattle, Washington after studying at John Hopkins. Taylor describes herself on her website as a helper, whether it be with mental health or helping people in general, that’s what she feels she was put on Earth to do. So far, she hasn’t revealed much about her family life. Taylor from The Bachelor’s father and mother, for example, have been mentioned but not in detail. There’s been no mention of Taylor’s siblings.

Taylor from The Bachelor’s parents are bound to come up on The Bachelor eventually, and there is a good chance further details will be revealed about them, if she continues on the season. For now, here’s what we can tell you. Taylor’s parents were a mixed couple. Taylor’s mom, Crystal, is white while her biological father was black. There’s not much known about Taylor’s biological father and it has been said that he wasn’t around much. According to sources, Crystal does not really have any contact with him. Crystal was in her very early twenties when she had Taylor and judging by photos on Taylor’s Instagram, she has definitely managed to maintain her youthful looks!

Taylor’s stepfather, Jason spent most of his career in the United States Air Force, fifteen years in fact. After he ended his time with the Air Force, Jason went to work for a company called Vulcan, as a pilot flying G-550 and G-650 gulf stream aircraft. According to his Linkedin profile, he’s logged over 4000 hours piloting various aircraft vessels!

This is what I get when I ask @jdbaviation to look happy in our photo ???? #dysfunctionalfamilyphoto #familyfunday #ferryride #happy #love #bestfriends

The family seems very tight as there can be many photos of the three of them found on Taylor’s Instagram, often with references to her parents being her best friends. Given that the photos tend to be of just the three of them, and there is no mention of Taylor from The Bachelor’s brother or sister, it’s fairly safe to assume that Taylor is an only child.

How This May Affect The Bachelor

Taylor’s very tight knit family may have it’s advantages and it’s disadvantages when it comes to the rest of the season on The Bachelor. She obviously has a great family foundation and moral support from her folks, and that might give her the means to get past the antics of someone like Corinne. However, is the fact that she is so close to her folks going to be a hindrance later on, due to location. Nick lives and works in Los Angels whereas Taylor and her parents all live in Seattle. Would she be willing to move that far away from her folks? Is this going to be an issue in the future of the show? Only time and the rest of this season will tell. Catch The Bachelor on ABC every Monday at 8:00 p.m. EST!