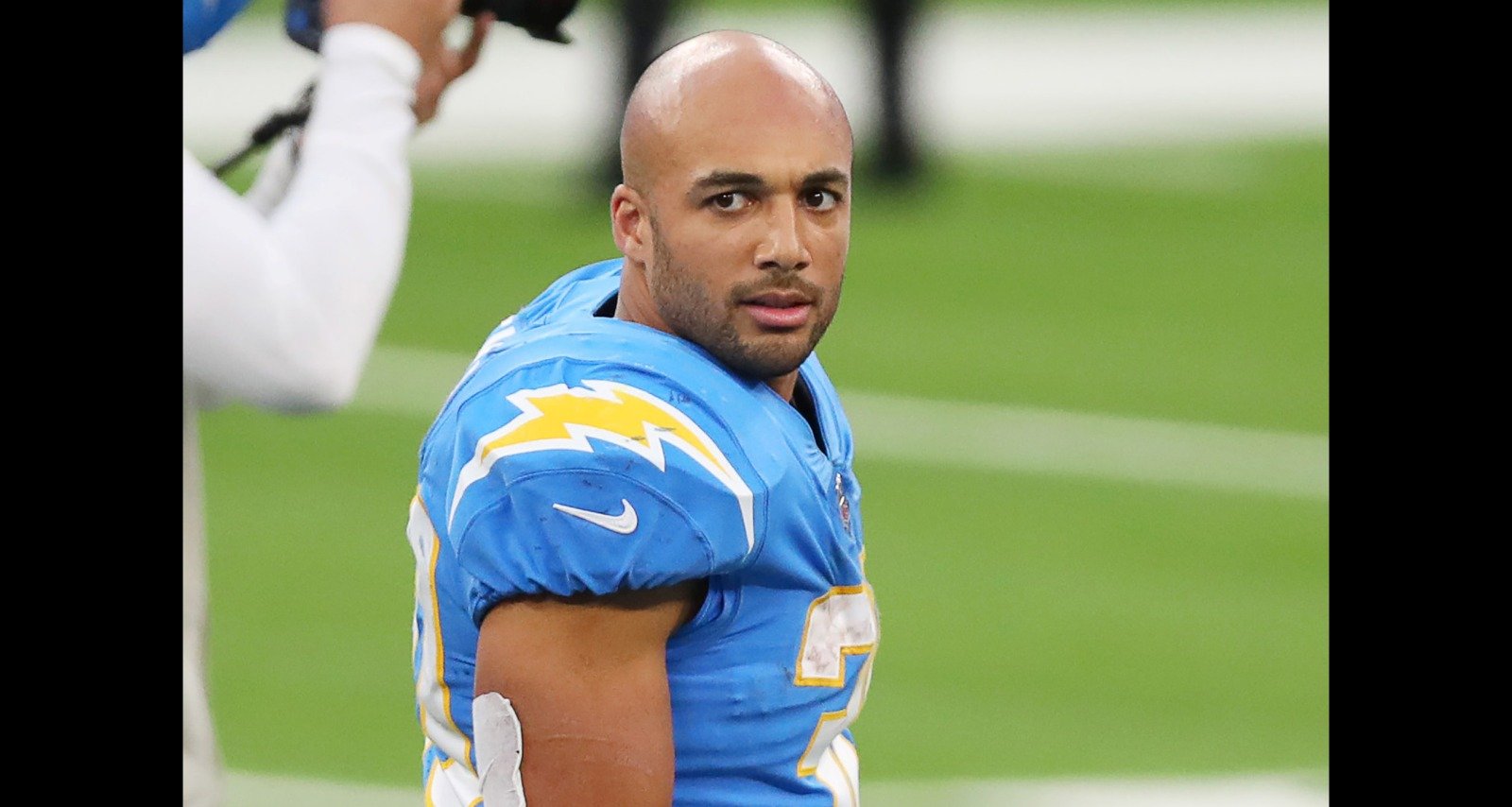 When the pandemic forced NFL games and practices to halt, the Los Angeles Chargers’ Austin Ekeler followed regulations while also making good use of the time away. Thanks to his newfound interest in streaming workout routines, Ekeler gave us the “Freak Flex” challenges and glimpses into his current relationship. Who is Austin Ekeler dating? The running back has been in a relationship with Taylor Frick for a long time, and she sure can match an NFL-er in the gym. The couple has social media followers curious about them, so we reveal more about Taylor Frick here.

Taylor Frick was born on September 18, 1996, and hails from Arizona. She is one of two children born to Tracee and Boyd Frick.

Taylor and her sister, Hailey Frick, were raised in Gilbert, Arizona, but the family is currently based in Colorado. Her mother Tracee has worked in county probation divisions in Arizona and Colorado for over two decades, while her father Boyd is a probation officer.

Boyd is also a passionate cyclist who often shares the family’s hiking adventures.

Taylor Frick was a student-athlete for most of her life. After graduating from Campo Verde High School, she attended Western Colorado University where she was part of the women’s soccer team.

Currently, she is a personal fitness trainer. She had a registered business in Colorado, but is better known as a trainer at UFC Gym in Costa Mesa, California.

Frick also works with Weight Vest OC, and is gaining popularity online with her workout routines. She even got featured in a regional news spot for her video showing how to make workouts fun with the addition of your precious dog.

Frick and Austin Ekeler attended Western Colorado University around the same time. But it is unclear when and how they began dating.

Ekeler signed with the Los Angeles Chargers and entered the NFL in 2017. Frick has reportedly been by his side for most of his career, but it’s only recently that the footballer’s fans have been treated to more glimpses of their relationship.

When the pandemic brought an end to practices and games, Ekeler turned to new ventures. That included streaming full aerobic workouts with his fitness guru girlfriend on Twitch and YouTube. From exercising with their furbabies to Taylor sitting on his shoulders while he works out, Ekeler and Frick have been getting attention for their series of unconventional challenges called “Freak Flex.”