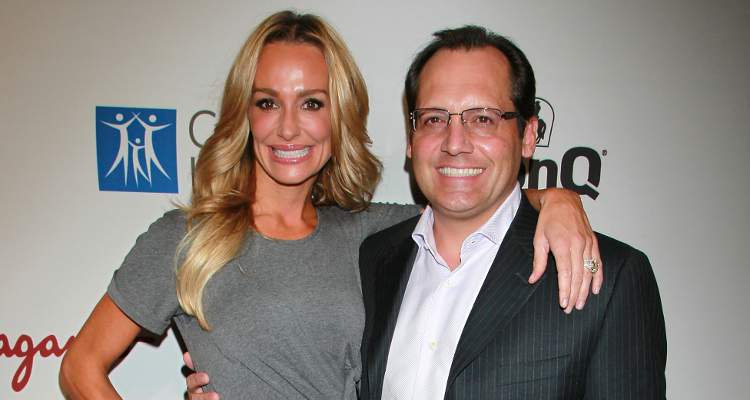 Unlike his ex-wife, Russell Armstrong’s personal life was kept under wraps aside from the few episodes he was a part of early on in the first season. We do know that he has a sister named Laurie Armstrong Kelsoe but not much else is known about his family members. It was evident after the first season that Taylor and Russell were struggling financially and it was clearly taking a toll on both of them, with Taylor even admitting they were attending therapy.

According to sources, Russell was a venture-capital executive who, in 1995, was charged with felony tax evasion. His case was closed in 1997, with him being sentenced to five years of probation and 150 hours of community service.

Before tying the knot with the reality star, Armstrong was married to a woman named Barbara Ann Armstrong. However, he was arrested and charged with misdemeanor spousal battery over an alleged argument in 1997. He made his $15,000 bail and was asked to go for therapy, attend two AA meetings a week, and to stop drinking and doing drugs.

The following year, Armstrong was arrested again following another alleged fight with his wife. Although the spousal battery charge was dropped, he was sent to L.A. County Jail for three days, sentenced to three years probation, and had to serve 50 hours of community service.

In 2004, Barbara Armstrong filed for divorce and obtained a temporary restraining order on their son, Aiden Armstrong’s behalf, alleging that her husband physically abused them.

In 2005, Taylor and Russell Armstrong got married. And a year later, the couple welcomed their child, Kennedy Caroline Armstrong.

However, six years later, Taylor Armstrong filed for divorce, accusing her husband of physically assaulting her on numerous occasions. At the time, she also requested physical and joint custody of their daughter. She alleged that he “shoved her, pulled her hair and [threw] objects at her.”

Taylor Armstrong later revealed, “I have a titanium mesh implant holding up my right eye right now, so I don’t know what more radiographic evidence you need than that.”

Taylor even published a book called Hiding from Reality, in which she writes, “He would grab my hair and bang my head against the side of the car between the two doors, or against the glass of the passenger-side window while he was driving, because it made his point to me but didn’t leave a visible mark.”

“About a month later, he was banging my head against the window of the car as he drove us home from a party at which I had angered him. I remembered what he had told me, and so I reached over and half-hit, half-pushed at his face with the palm of my left hand. He stopped banging my head, but when he turned to look at me, his face was flushed and consumed by an expression of pure, murderous rage,” added Armstrong.

Russell Armstrong’s Cause of Death

On August 15, 2011, Russell Armstrong reportedly committed suicide by hanging himself. No note was left.

Sources claim that Armstrong likely killed himself due to the financial difficulties he was facing. At the time of his death, his attorney, Ronald Richards said that he spoke to Armstrong two days prior, and he seemed to be fine.

Richards added, “Anytime you have one spouse become famous and the other one stays the same, it creates problems.”