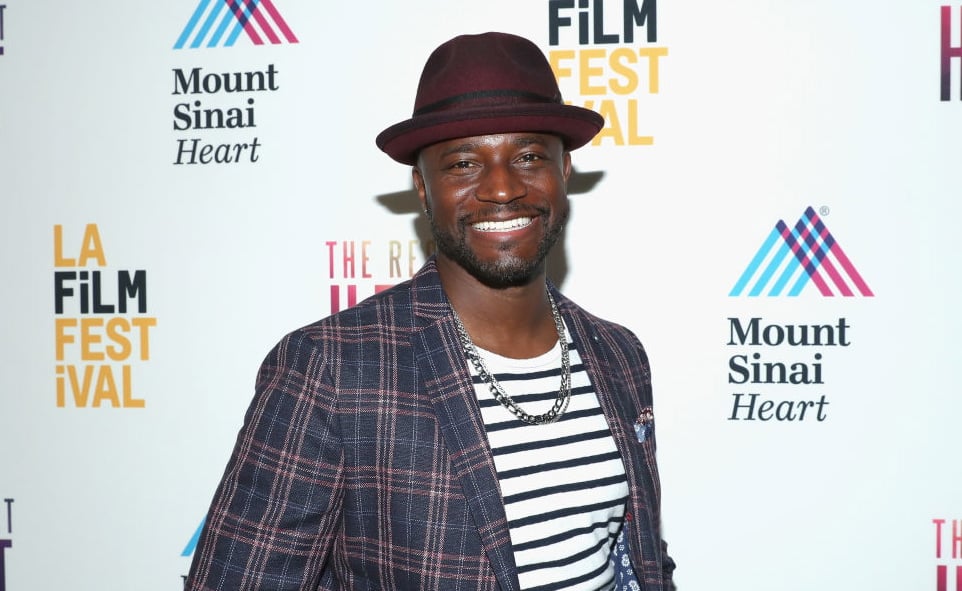 Taye Diggs is trending, and this time it’s not because he shared his rear end with the world on Instagram—-he’s got a new leading lady! Who is Taye Diggs dating? Taye Diggs’ girlfriend in 2017 is Amanza Smith Brown and they’ve been getting much closer lately. If you want to get to know her better, then keep reading to learn more.

Who is Taye Diggs’ Girlfriend?

The 46-year-old Empire star is dating Amanza (not Amanda) Smith Brown, who works as a model and dancer. She was married to former Arizona Cardinals NFL player Ralph Brown in 2010, but divorced years later. They had two kids together: Daughter Noah Brown and son Braker Brown. You can also catch photos of the happy couple and their kids on both Amanza and Diggs’ Instagram accounts.

Taye Diggs’ dating timeline isn’t that long and that’s mainly because he was married to award-winning singer-actress, Idina Menzel, 46. They were married for a decade and got married in 2003, before they decided to divorce. They met on Broadway and back in the ‘90s and share a 7-year-old son together named Walker Nathaniel Diggs.

“He comes first and you have to get past your own egos and you never talk bad about each other,” explained Menzel to People.

“He’s what’s most important for us, so we’re still there as a family,” Diggs explained at the time, adding to Menzel, “We were friends to start out with, but especially when you have a kid in the mix, there’s no time for any negativity.”

Menzel also talked to people about teaching her son about currents events in the world and politics.

“It’s hard to know what’s age-appropriate as far as educating your child and how much to teach him about what’s out there, and that there are bad people out there and there are people who don’t like other people,” the star explains. “You want to keep him insulated and safe and not ruin his perspective of the world.”

Taye Diggs Has a New Project

Diggs is joining Zoey Deutch, Lucy Liu, and Glenn Powell in a new Netflix comedy movie titled Set It Up. The romantic comedy is about two assistants (Zeutch and Powell), who try to set up their bosses (Diggs and Liu) to date. Diggs will play Rick, the very competitive boss of Charlie (Powell), whose aggressive behavior makes him a great businessman, but a terrible boss for Charlie. Liu will play Kirsten Stevens, described as “an intimidating, no-nonsense, extremely successful sports reporter.” She’s the boss of Harper (Zeutch). The film begins production this summer and the release date is unknown at this time.

Diggs and his new girlfriend have said “I love you” and shared that love on this year’s Tony Awards red carpet. Now, everyone wants to know what Diggs is doing and part of the reason is because of how he markets his star power. While most celebrities only follow a small amount of people on social media, Diggs has followed over 699,000 people on Twitter, which earned him 700,000 followers! His strategy: Follow everyone and their dog basically.

“Everyone was telling me I needed to have more of a presence on Twitter,” Diggs told Matt Lauer in a 2014 interview on Today. “So I met with this dude who deals in social networks and he said instead of focusing on always disseminating information, why don’t you focus on using it as a ticker? So I gave him a bunch of people that I was interested in, from athletes to people in politics, just a whole bunch of people. And then he started following people for me. And now whenever I want, I can just look at my phone and just hear what’s going on with all these people.”

“It just keeps it more interesting with me,” he added. “I’m just trying to keep myself stimulated.”

We hope to see more of the beautiful couple on more red carpets to come!