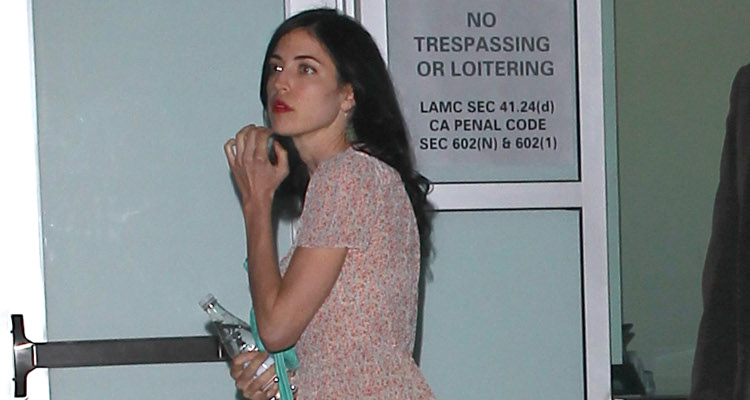 Nobody knew about it for a long time. Not his fans, not the press and not even Hollywood! What are we talking about? We are talking about Joseph Gordon Levitt and his wife Tasha McCauley. They got married secretly on December 20, 2014 and the news remained under wraps for quite some time. When the news about Joseph Gordon Levitt’s wife, Tasha McCauley came to light, many began searching for information on the couple. So, who is this mystery woman in Levitt’s life? Don’t worry, we will tell you all about her.

Levitt is the actor in the family, so he is very well known but McCauley deliberately keeps away from the spotlight. However, when you are married to one of the most talented young actors in Hollywood, how long can you really hide from the media? Levitt started out as a child actor and appeared in movies like, A River Runs Through It, Angels in the Outfield and 10 Things I hate About You. His career as an adult actor has taken off with the success of films like, Inception and The Dark Knight Rises. However, there is no doubt that his greatest achievement is getting married to Tasha McCauley. She’s quite a gal!

McCauley is a robotics scientist and the co-founder of her own robotics company named Fellow Robots. The company is based at NASA Research Park in Silicon Valley, California. The company makes robots that are being used in the retail and transportation industries. They are also used as personal assistants. McCauley has excellent academic credentials, as well. She obtained her BA from Bard College and got a graduate certificate in robotics from Singularity University. She followed it up with an International Business Education and Research MBA from the University of Southern California.

The Secret is Out

Levitt and McCauley started dating in 2013 but kept it hidden from the public eye. That must have been difficult, given how pretty McCauley is! Just check out her pics. She is one of those rare beauties, who seem to have it all; brains and looks. When questioned about his private life, Levitt used to evade the issue, saying he had a girlfriend but he’d rather not talk about it. After a year of dating, the couple decided that they wanted to get hitched. So, they married in December 2014 under the radar and nobody seemed to know about it. It was only after a few weeks that fans got wind of the marriage. Then, McCauley got pregnant and the cat was out of the bag. She came under the spotlight, though she was not exactly happy with this development. The couple became proud parents of their new baby in August (2016)!

The Future is Rosy

They have not made any statement regarding their first baby, but insiders say they are very happy and excited about the latest addition to their small family. Things are going well for the couple in their careers, as well. Levitt’s new film Snowden, based on the life of ex-CIA whistle blower, Edward Snowden is all set for it’s 2016 release. The film is directed by legendary Hollywood director, Oliver Stone. McCauley is busy teaching others how to make their own robots. She teaches robotics and artificial intelligence studies at Singularity University.

McCauley comes across as avery smart individual and is as far removed from Hollywood as one can possibly be. Maybe that’s why the relationship is working so well! They are opposites in nature and they are each pursuing their own passion. Levitt is making waves in Hollywood, while McCauley is helping to build a more technologically driven world. In an era of constant breakups (especially in Hollywood), their relationship comes across as steady and sweet. Lets hope it stays that way always!