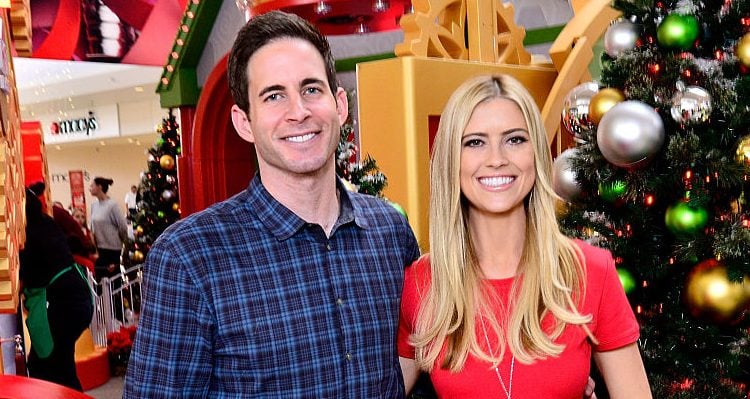 Tarek El Moussa from Flip or Flop and his ex-wife, Christina El Moussa, are famous for giving new life to old houses. Despite their messy divorce and differences, both Tarek and Christina have decided to move past the awkwardness and keep things professional for the sake of their career and the show. As both of them return for a new season, many are curious to know more about Tarek. Given below are some details from Tarek El Moussa’s wiki.

Christina El Moussa and ex-husband Tarek have been making a fortune by purchasing distressed homes, giving them a makeover, and reselling them for a good profit.

Tarek was married to Christina, but the couple got divorced in January 2018. He is now focusing on his career and co-parenting his kids with his ex-wife.

Born in Long Beach, California on August 21, 1981, Tarek is 36 years old. He was raised in Buena Park, California.

Many people think that Tarek El Moussa’s nationality is Arabian, perhaps because of his name, but he is not.

Tarek is American, and he was raised by American parents. There is very little information given about his childhood or early life.

Tarek has a sister named Angelique Elmoussa. She is a stylist and the co-owner of Latitude 33 Hair Artistry since 2015.

On March 12, 2017, Angelique moved to Tustin Foothills, California. She has three kids and is married to Theron James Gambrel.

Tarek and Christina El Moussa met each other at a real estate office, and they started their relationship working together there. The couple got married in the spring of 2009, in Coronado Island, San Diego, California, after dating for some time.

Tarek and Christina have two kids together. Their first child, a daughter named Taylor Reese, was born in 2010.

In 2015, the couple welcomed their second child, a son named Brayden James.

Having a second kid was a big struggle because Tarek was diagnosed with testicular and thyroid cancer in 2013. So, Christina and Tarek chose to bank Tarek’s sperm and try in vitro fertilization.

Christina suffered a miscarriage after the second try of the process. But during the third try, she conceived their son in 2015.

There were rumors that Christina was cheating on Tarek with their contractor. Tarek allegedly found text messages exchanged between Christina and the contractor in 2017.

However, the rumor was never confirmed, and apparently, there was no cheating involved.

Differences started cropping up in their marriage after the couple had their second baby.

Christina spoke about her failed marriage in an interview and revealed, “We weren’t able to properly communicate anymore, it got to the point where we weren’t even driving to set together.”

In May 2016, the duo separated after an incident took place at their Southern California house. Christina called the cops after she believed that Tarek was suicidal after he left their house with a gun following an argument.

After 911 was called, a helicopter and 11 deputies were sent to the scene. They found Tarek nearby at Chino Hills State Park.

Tarek explained to the cops that he was never suicidal. He said that he had gone for a hike at Chino Hills State Park Main Ridge Trail and took a gun to protect himself from animals.

After the incident, Christina realized that “being separated was healthier for both of us.”

Tarek filed for divorce in early January 2017, citing irreconcilable differences and requesting spousal support from Christina. Their divorce was finalized in January 2018.

Tarek and Christina continue to co-parent their kids.

Is There a New Girl in Tarek’s Life?

The latest episode of Flip or Flop shows Christina asking Tarek about his date. She asks him to describe her and teases Tarek about it. However, it looks like Tarek is not currently dating anybody.

After the duo split, Tarek was rumored to have dated the couple’s nanny, Alyssa Logan.

Tarek reportedly started having feelings for her after she started looking after his kids. But his friends warned him not to pursue a relationship while she worked for him.

But then. Tarek fired her and started dating her in September, four months after he and Christina separated.

The couple only dated for about a month. They broke up in October after they were spotted together at a Florida Georgia Line concert.

He revealed, “[She] was just someone that I was briefly talking to, but [it] never went anywhere … We only hung out once.”

At the age of 21, Tarek got his first real estate license and gradually made a name for himself in Orange County, California. He works as a real estate agent and a house flipper.

After the market crash in 2008, Tarek and his ex-wife started flipping homes to earn their living. They locate the worst houses in the neighborhood requiring a lot of renovating, and then after it’s redone, they sell it a good price.

In 2011, Tarek asked one of his friends to assist him in making an audition tape for HGTV. His friend recorded the entire process of home flipping from start to finish.

The recorded tape was sent to HGTV. And after watching it, they wanted to talk to the couple.

In 2012, HGTV signed a deal with the couple, and the show, Flip or Flop, was born. It centers around them buying houses, which are mostly bank-owned, and they renovate and resell them.

Currently, Flip or Flop is in its eighth season. The pair continues to work together despite their divorce.

Well FOLKS!!! I've pretty much posted all my looks…starting with the laid back beach look, the mid life crisis hipster look, the farmer look (says Christina) and now….my adulting 101 business man look…for those who follow me…….what is your favorite look I've posted??

Tarek and Christina also had a real estate agency called The El Moussa Group, which was located in Orange County, California. However, it was dissolved after their divorce and now runs under the name, Tarek & Associates.

Tarek El Moussa’s net worth is estimated at $6.0 million, thanks to his show and Tarek & Associates. He is also the owner of Next Level Property Investments LLC.

In 2013, an ardent fan of Tarek noticed a lump on his neck. She informed the show’s producer that she is a nurse and thinks that Tarek may have thyroid cancer.

Tarek was then diagnosed with stage II thyroid cancer. His doctors recommended radiation treatment to cure the disease.

Besides battling thyroid cancer, Tarek was also diagnosed with testicular cancer. But he didn’t tell anybody about the latter and battled it secretly, away from the public eye.

Two months after his thyroid cancer diagnosis, Tarek decided to go for further rounds of tests.

Awful news…life has been going so well and I've been so happy and healthy! Unfortunately….I injured my back again….it's very scary. Last time I lost 50 pounds and was taking large amounts of pain meds to try and help the pain. Truthfully those meds really affected my mental and physical state and changed who I was. Last time I hurt my back it took me a year and a half to recover. As of today I can barely walk…I honestly can't even believe this is happening, I feel like it's a bad dream that I will wake up from. I will be truthful and say I'm very down because of this. It is going to take a lot of positivity and strength to go through this a second time. I will stay positive and I will fight to get healthy again. I appreciate all the support. T

The reality star said, “I was at one building doing my thyroid stuff and mentioned I was going across the street to get an ultrasound done.” He further added, “I’ll never forget the doctor joking, ‘I hope you don’t have cancer!’”

Although Tarek and his family took a bit of time to process the news, he eventually scheduled his surgeries and radioactive iodine therapy to beat the cancers.

Tarek faced a lot of health problems, as he also had to undergo surgery because of his back injury while playing golf. He also lost a good amount of weight due to his illness.

In spring 2018, Tarek injured his back again. But because of stem cell therapy, he is finally back on the road to recovery.

These days, Tarek is positive and beaming with happiness after dealing with his health and divorce.