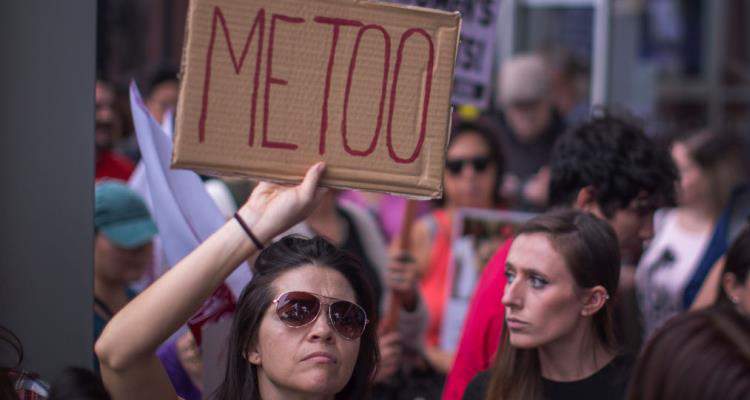 On Wednesday, Time‘s Person of the Year 2017 honor didn’t go to just one person, but several! One of the people honored was Tarana Burke, the #MeToo founder and activist. If you want to learn more about her and the story behind the viral hashtag, then take a look at our Tarana Burke wiki.

Tarana Burke’s age is 44 and she was born on September 12, 1973, in New York City, New York. She has a teenaged daughter and is the program director of Girls for Gender Equality, in Brooklyn. While many have given credit to actress Alyssa Milano, the original creator of the #MeToo movement was Tarana Burke. The hashtag was started by Burke over a decade ago, after her experience with sexual violence.

“I have to admit that when actress Alyssa Milano first tweeted #MeToo, my initial reaction was panic,” Burke said in an op-ed for Glamour. “What if this becomes a popular hashtag, I thought, but it’s not related to the groundwork I laid out? You see, I first came up with the phrase in 2006, after an experience with sexual violence left me searching for the right words. Ever since, I’ve gone to schools and community groups all over to connect with young women—mostly black and brown girls—to let them know, “You’re not alone. This happened to me too.”

Burke was also worried about credit being misplaced and while Milano did draw attention to the movement’s original founder, the issue of whitewashing was introduced into conversations.

“In this instance, the celebrities who popularized the hashtag didn’t take a moment to see if there was work already being done, but they also were trying to make a larger point,” Burke told Ebony. “I don’t fault them for that part; I don’t think it was intentional, but somehow sisters still managed to get diminished or erased in these situations. A slew of people raised their voices so that that didn’t happen.”

What’s the Future of #MeToo?

For Burke, the movement goes beyond just a hashtag. Not only does she want to spread awareness, but she also hopes to help women after they’ve come forward.

“To me, 2018 will be all about processing #MeToo. The next step in the movement will be helping women navigate what happens after they disclose an experience. It’s about what happens if someone posts #MeToo and nobody “likes” their status and how to be advocates in our communities. How to talk to children about this. Discussing the sexual harassment teenagers deal with in school.”

Highlight of my weekend was hearing her mention ‘me too.’ and talk about fighting sexual violence. #metooMVMT #womensconvention2017

If you want to get a better look into Burke’s life and what she’s like, then head over to her Instagram (fortyisthenew40). She posts photos of her family, friends, travels and her work. She uses her social media account as an outlet to share all the things that are dear to her heart and pays homage to strong and powerful women. Leading by example and providing an amazing message for the future generations, it’s no surprise that Time nominated Burke to be on their list.

Deeply honored to be named a @politico Woman of Impact for 2017 and to speak at the Women Rule Summit!

Person of the Year

Burke shared Time‘s annual Person of the Year with celebrities like Alyssa Milano, Ashley Judd, Taylor Swift, Terry Crews, and more. They are known as “The Silence Breakers” and they represent the women and men who spoke openly about their experiences with sexual assault or harassment.

“This is the fastest moving social change that we’ve seen in decades and it began with individual acts of courage of hundreds of women, and some men, too, who came forward to tell their own stories of sexual harassment and assault,” Time editor-in-chief Edward Felsenthal said on the Today show.

The Silence Breakers are TIME's Person of the Year 2017. Read the full story on TIME.com. Photographs and cover composite by Billy & Hells for TIME; animation by @brobeldesign. #TIMEPOY