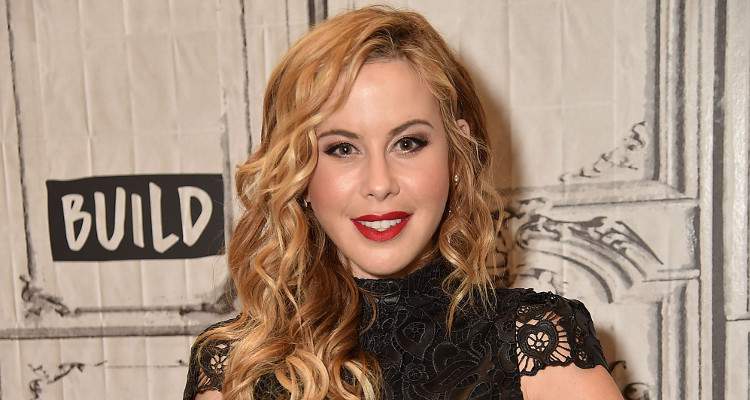 At a very young age, Tara Lipinski became the youngest ever gold medal winner the Olympics. She seems to have a rocking professional life and it looks like her personal life is also filled with happiness. Is Tara Lipinski married? Sorry to break your hearts, but she is! If you want to know more about Tara Lipinski’s husband, take a look at our Todd Kapostasy wiki.

Todd Kapostasy’s age is approximately 33, and he was always fond of sports. He is from Lake County, and in 2002, he graduated from Perry High School. From there, he attended Brown University.

He majored in history and political science and was a high jumper on the track team. Shortly after graduating, Kapostasy began working as a production assistant at ESPN. He was with the network for almost seven years, spending much of his time helping with the production of SportsCenter.

Kapostasy moved from Connecticut to Los Angeles and started working for Fox Sports 1. For his exceptional work, he took home four Sports Emmy’s for three projects in 2015, including two for covering a story about the Cleveland Indians and Albert Belle.

One of the reasons why he chose this career was because of its storytelling aspect. He later said about his awards, “Three of my pieces won four Emmy’s. Two were for editing, one was for short feature [Albert Belle piece] and one was for New Approaches to Short Form Features, which was a Derek Jeter piece that I did. Fox Sports 1 won in features and those were my pieces, so it was really satisfying.”

When asked if he wants to accomplish anything specific in his career, Kapostasy said:

“I definitely want us to continue to do long-form storytelling. A lot of the pieces that did win this year were between five and 15-20 minutes, so in the next year or two, I’m really going to look at doing more long-form documentaries. I love sports and I love documentaries and the story-telling aspect of it, so I definitely want to push to direct my first full-length feature sports documentary.”

Kapostasy and Lipinski met at the 2015 Sports Emmy Awards. It looks like it was love at first sight when Lipinski presented Kapostasy with an award!

After dating for a few months, Lipinski announced their engagement in December 2015 on Instagram, with a photo flaunting her big rock with Kapostasy. The caption read, “My life changed forever last night. I feel so lucky that I get to spend the rest of my life loving my best friend and love of my life. I’ve had many monumental happy days in my life but this by far is my happiest. I love you.”

Talking about the sweetest proposal, Lipinski gushed, “Last night he took me to Gotham restaurant and then we went to the Plaza for a drink. He knows I love holiday windows so he said there was one there he wanted to show me. He persuaded the Plaza to use a window and he had a painting made of my house in background with him proposing to me.”

She added, “So we when I saw it I turned around and he was on his knee. I was so surprised.” Almost two years after their engagement, the adorable pair tied the knot on June 24, 2017, in Charleston, South Carolina.

About 245 people reportedly attended their wedding, including Scott Hamilton, Dan Patrick, and Johnny Weir. Talking about her beautiful wedding, Lipinski said, “It was a fairytale come to life. I felt like I was living in the moment with all of my friends by my side and marrying the love of my life — it was the best day of my life.”

Her husband was in awe when he saw his beautiful bride walk down the aisle, and later revealed, “Tara designed everything. Like when I walked into the tent, everything she’d been talking about and agonizing about over for a year, every inch of that tent, was incredible.”