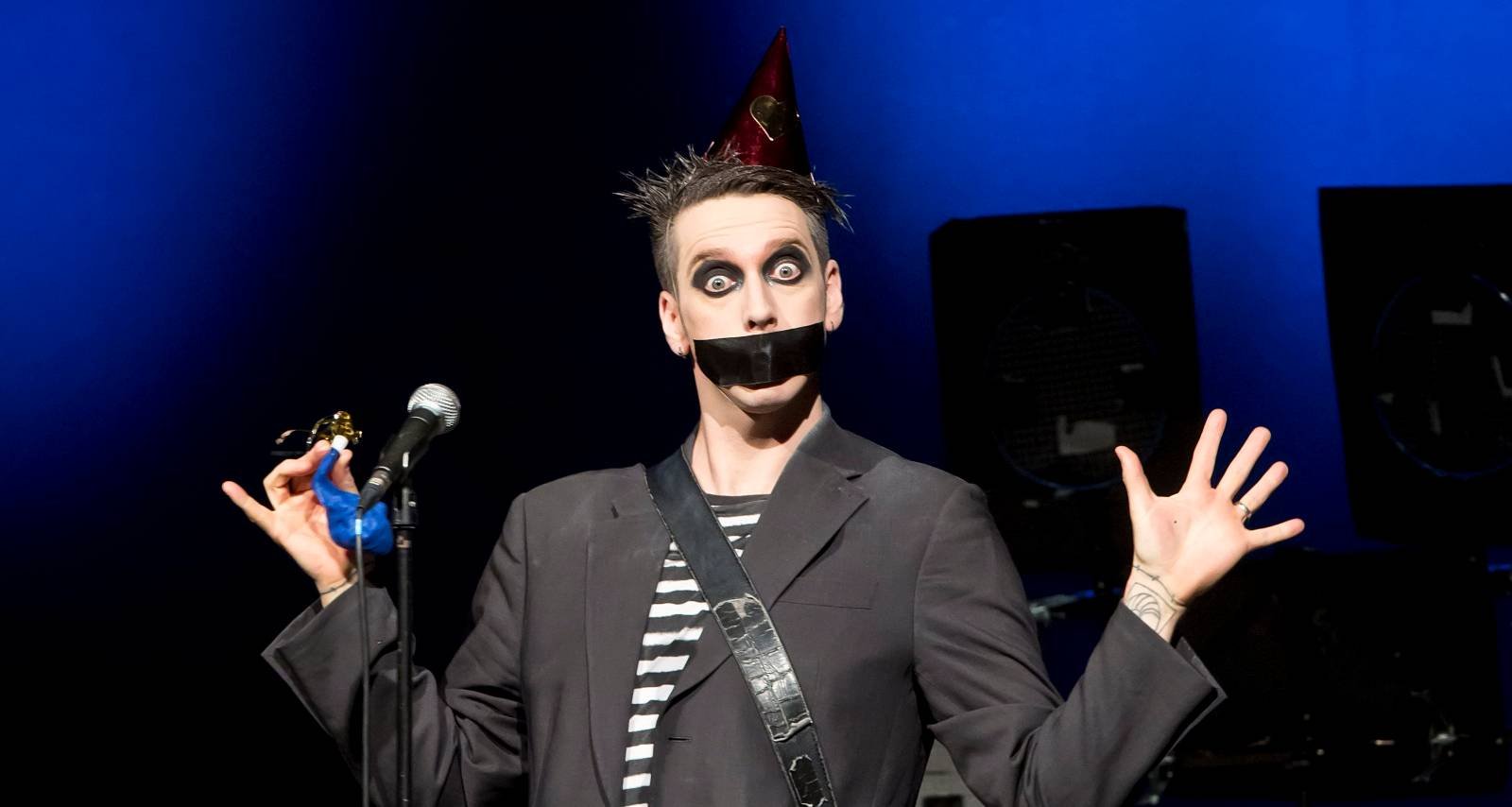 Sam Wills aka The Boy With Tape On His Face at the Columbia Theater on February 9, 2017 in Berlin, Germany. (Photo by Frank Hoensch/Getty Images)

It’s not easy to make people smile let alone laugh. Comedy is a serious business. Nobody is more aware of this than Tape Face. Your next question will be “Who is Tape Face?” Tape Face is the stage name of Sam Wills. Wills is a performing artist from New Zealand. He was born on August 28, 1978 and is a prop comic, busker and mime. He currently stays in London, UK. He performs on stage under several different names such as The Boy With Tape On His Face, Tape Face or simply Sam Wills. Initially Wills tried to hide his identity but later started appearing without hiding his face.

Wills started performing at the age of 13 in Timaru while training as an apprentice clown. Later he earned a diploma in New Circus from Christchurch Polytechnic Institute of Technology’s Circus School. Later in his career he taught juggling in this school for two years. From an early age Wills was interested in traditional circus freak shows and  learned deeply from them. He was greatly influenced by acts such as the Jim Rose Circus and the Tokyo Shock Boys. He experimented with shock comedy on his own aiming to have his own act. The hard work paid off when he was invited to perform his own act at the Pulp Comedy show. He won the award for the Best New Face for the 2001 season and was nicknamed by the press as ‘Prince of Cringe.’

Until 2001 Wills was a regular player in the Christchurch entertainment circuit where he performed at private functions, balls and corporate events. He did weekly comedy acts in clubs and appeared on local TV. Then in 2002 Wills moved to Auckland and became the regular comedy act at the casino in SKYCITY Auckland. He has his own comedy show called the NCB Comedy Hour which is in it’s fourth year and going great guns. In 2008 Wills took his show to Melbourne where he received great acclaim. After that it was London’s chance to get entertained. This is where he met his soon to be wife Felicity Redman whom he later married. She too is a performer and they have a son named Rafferty Basil Danger Wills.

By now Wills had become a star performer pulling in the crowds with his fearless and innovative performances. He performed at several World Buskers’ Festivals and thrilled audiences with his ability to surprise and amuse them. He performed at the red carpet for the premiere of the Hollywood blockbuster Lord of the Rings: The Return of the King. He performed for politicians, celebrities and even royalty. He continues to appear on TV and wow audiences. Finally Wills landed in America and took part in America’s Got Talent Season 11. Everybody who watched him perform were asking “Who is Tape Face on AGT?” Tape Face’s comedian act pushes the boundaries of performing with it’s mix of circus skill and vaudeville influences. Wills has won a ton of awards from all over the Western world for his performances.

Doing It His Way

Though comedians using props are generally looked down on by other comedians, Wills has not let that bother him. He regularly uses props to animate his performances and make them more entertaining. Wills’ mission in life is to push the envelope with his outrageous acts and entertain people. He is a true artist who has given himself completely to his art. In a world darkening with grief and intolerance Wills provides a ray of light. The world could do with more like him.