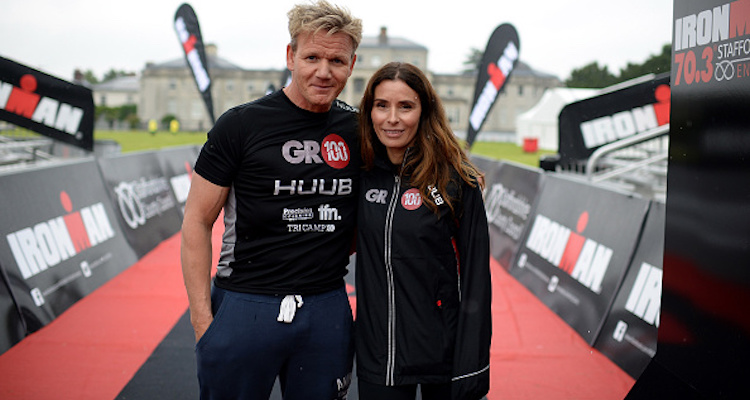 If you’ve been missing Gordon Ramsay in the kitchen, then you’re in luck! Your favorite foul-mouthed celebrity chef is back with an all-new show, premiering live on Wednesday night! So, it’s no surprise that his fans are looking for details on Gordon Ramsay’s wife and family. If you want to learn more about his wife and kids, then scroll down for our Tana Ramsay wiki.

Tana Ramsay’s age is 42 and she was born Cayetana Elizabeth Hutcheson, in Croydon, U.K. She’s a culinary author and she married Gordon Ramsay in 1996.

Gordon and Tana Ramsay’s kids are: Megan, 18, twins Jack and Holly, 17, and Matilda, 15. The couple have agreed that Gordon’s multi-million dollar fortune will not go to their kids. Instead the children will receive 25% for a down payment on a home.

“It’s definitely not going to them, and that’s not in a mean way; it’s to not spoil them,” the Michelin star-winning chef said to the The Telegraph.

“The only thing I’ve agreed with Tana is that they get a 25 per cent deposit on a flat, but not the whole flat,” he continued. “I’ve never been really turned on about the money. That’s not my number one objective and that’s reflected in the way the kids are brought up.”

If you think the Ramsay kids are living the good life in the sky, then you would lose that bet. Gordon Ramsay and his wife don’t spoil their kids to keep up with the Kardashians, whether they’re on the ground or in the air.

“I have got to keep it real with the kids, and also I think just getting kids at the age of five, six and seven, used to first class and those big seats, they do not need the space, they get entertainment on their iPads,” he told the Mirror.

“So I like to think about what you can do with the money when you land, rather than paying out thousands of dollars for eight, nine, ten-year-olds to sit in first class,” he added.

“I do not want them sat there with a 10 course f*****g menu with champagne. I am not embarrassed. It is my wife and I’s choice to discipline them and to keep them real.”

Who knew the Ramsay’s were so down to earth? Suddenly flying coach doesn’t seem so bad!

How can you beat blue skies in Cornwall? Happy happy 2017 x

In 2016, Gordon took to Facebook to let everyone know that Tana Ramsay had a miscarriage.

“Hi guys, Tana and I want to thank you so much for your support over the past couple of weeks. We had a devastating weekend as Tana has sadly miscarried our son at five months,” he shared. “We’re together healing as a family, but we want to thank everyone again for all your amazing support and well wishes. I’d especially like to send a big thank you to the amazing team at Portland Hospital for everything they’ve done. Gx”

If you’re curious about Tana Ramsay’s pics or what she does on her down time, then her personal Instagram account is the way to go. You will find photos of her with her family, working, or just genuinely having a good time. You might even catch Gordon smiling —or as close to a smile as his scowl will allow!

From Hell’s Kitchen to Master Chef, Gordon Ramsay knows how to make your mouth water! The celebrity chef is back with a new variety cooking show and his usual temper on Fox’s The F Word. This marks the first series for Studio Ramsay and the show is based on the hit U.K. TV show by the same name. Each hour-long episode will feature Ramsay talking to special guests, host live remote segments across the country with experts and fans, and of course, there will be intense cook-offs!