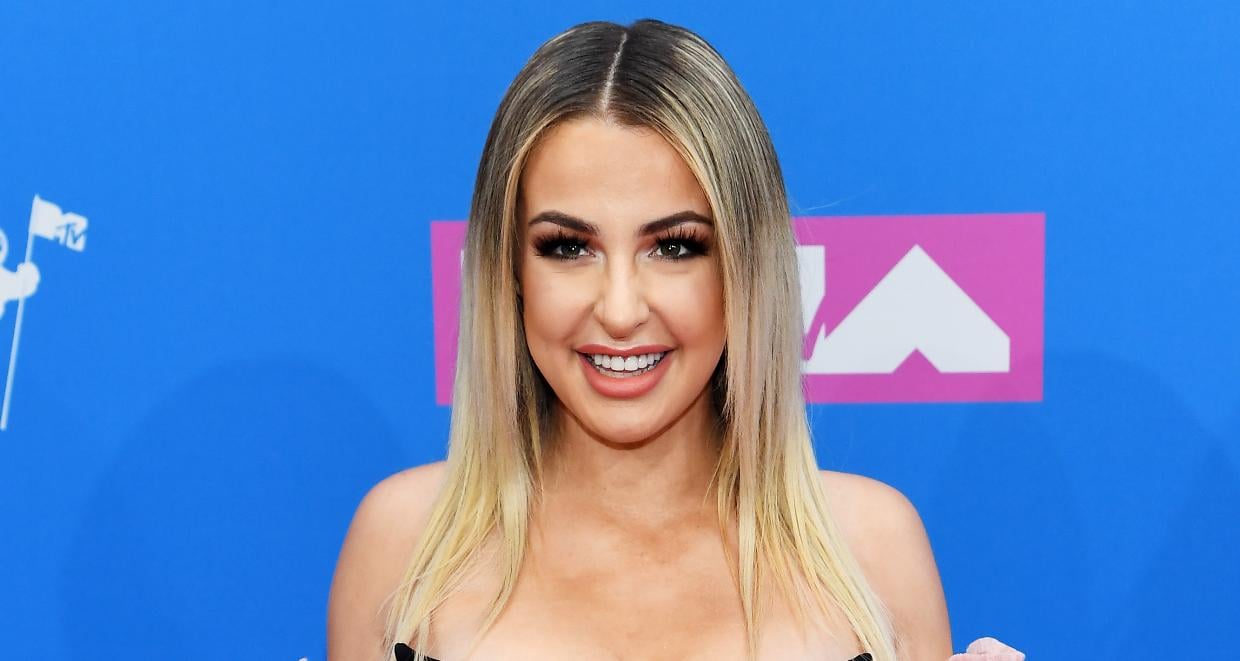 Famous YouTube star Tana Mongeau is known for being quite wild and impulsive. She recently revealed in a storytime video that there was once a time when she considered finding herself a “Sugar Daddy” and live a life of luxury, and she details the encounter she had with one such “anonymous” man. If you are wondering who she is and want to know more about her, then keep on reading for details from Tana Mongeau’s wiki!

Who Is Tana Mongeau?

Tana Mongeau, age 20, celebrates her birthday on June 24. She was born and raised in Las Vegas, Nevada.

Although many of her fans think that she is tall, Tana’s Mongeau’s height is actually only 5’5″!

The social media star claims that a guy was stalking her for 10 years since she was in the second grade. He was allegedly later arrested, but she is not sure if she still stalks her or not.

Growing up, she didn’t watch much TV or movies, so she had no clue who big stars like Kevin Spacey or Alicia Silverstone were. Instead, she watched a lot of Shane Dawson and Jenna Marbles’ YouTube videos.

Mongeau has always been a non-conformist and doesn’t like doing things that she doesn’t want to. She calls herself a “wild child” and explained that she called her first grade teacher a “b***h.”

Growing up in Vegas, she was exposed to parties, drugs, and alcohol. And that’s just the tip of the iceberg.

Mongeau dropped out of high school when she was 16 years old and received her diploma by taking online classes instead. She then got a job as a manager at Pac-Sun and was earning a decent living there. She also started making YouTube videos.

But her first two daily vlogs didn’t do well. So, she decided to spice things up and posted stories, which apparently got her a lot of views. And after uploading a few more videos, Mongeau gained around a million views and she quickly rose to Internet fame.

Currently, Tana Mongeau’s YouTube channel has over 3.7 million subscribers. It mostly features daily vlogs, live streams, music, and storytime videos. She has even collaborated with several other YouTubers, like Shane Dawson and Gabbie Hanna.

She is famous for talking about strange experiences in her personal life and she has a quirky, in-your-face demeanor all her own. The 20-year-old is known to be very wild and outspoken in her videos.

Her first video, “KICKED OUT OF WALMART,” received over one million views.

Tana Mongeau Is Passionate about Music

In November 2017, Mongeau released the video for her debut song, “Hefner,” which received around 2.5 million views in one week. She said that music is something she really is passionate about and wants to pursue it further.

She recently released another single titled, “F**k Up,” which garnered more than 1.3 million views. The song talks about the drawbacks of being famous.

Her talent manager is Jordan Worona. He’s accompanied her on several tours and has made public appearances with her.

Thanks to her YouTube channel, music, and merchandise, Tana Mongeau’s net worth is estimated at $1.0 million.

Also Read: How Tana Mongeau Turned Her Leaked Nudes into Merchandise with Her Marketing Genius?

She Called Out a Fellow YouTuber

In December 2016, she took to Twitter and criticized YouTube comedian Ian Carter for using the word “n****r” in his videos. She even spoke about him in her live streams and other videos.

In response, Carter purchased a VIP ticket for her show in San Francisco, which he later attended in January 2017. At the VIP meet-and-greet, he posed with Mongeau for a photo and said, “Say n****r!”

Those present at the venue were shocked. In fact, Mongeau left the area and asked security tell Carter to leave, which he did.

The following month, Carter uploaded a video called, “Content Cop – Tana Mongeau,” in which he defended his use of the word. He called her a hypocrite and showed past clips of Tana herself videos using the derogatory term.

Carter said Mongeau’s use of the word was mean-spirited, and she lost around 100k subscribers after the video was posted. She then went into a depression because she received a lot of hatred and backlash for it.

Mongeau called it a “learning experience”and said that Carter was right to call her out on her hypocrisy.

In April 2017, Mongeau uploaded a video titled, “Why I Won’t Be Attending Vidcon 2018: A Rant.” In it, she explains how VidCon didn’t treat her well and never made her a featured creator.

She also says VidCon convinced her that they would right up until the day of the event, and she would promote her convention.

Towards the end of the video, she tells her fans that she will be hosting a free meet-and-greet for them on the same day and city (Anaheim) as VidCon. The video went viral, garnering her more than three million views!

Several other YouTubers opened up about their negative experiences, too. She ended up getting a lot of support, despite the controversies surrounding her.

However, TanaCon, which took place on June 22, 2017, didn’t go as planned. More than 80 creators like Shane Dawson, Miranda Sings, James Charles, Bella Thorne, and several others were supposed to be featured.

The convention was a flop because the Marriott Hotel in Garden Grove, California would only allow 1,000 people inside as the venue reached maximum capacity. Much to her fans dismay, the event was ultimately canceled.

Mongeau told her fans in a livestream and in person that they had to cancel the event because more than 15,000 people showed up. The event had no food or water, and the gift bags were filled with cheap quality merchandise.

On June 23, the second part of the convention was promised, but Mongeau went offline and disappeared. Fans were quite angry because they flew in from different parts of the world, and there were no answers about getting a refund.

Once more, she received a lot of hate and fans, along with other YouTubers, were extremely upset.

In June, Shane Dawson posted a three-part series explaining why TanaCon failed. Mongeau appeared in the video and blamed Good Times CEO Michael Heist and the Marriott Hotel for lying to her.

Heist and Mongeau played the blame game, but in the end, they both realized that they were at fault. They were too young to be hosting an entire convention.

She Purchased a Home in Los Angeles

Recently on Twitter, Tana Mongeau shared some happy news with her fans. She revealed that she got the keys to her first home in Los Angeles.

She is getting rid of her Vegas house after allegedly being evicted from it.

you guys i haven't shared this with you at all because i wanted to be lowkey & safe…. but i just got the keys to my first HOME in los angeles. i've been getting rid of my vegas house, it's a compound. i'm so emotional rn i can't wait to show you…

The YouTuber is quite happy with her new house and fans are hoping that she’ll give a tour of it soon. She expressed gratitude to her friend, Ashly Schwan, who was with her through thick and thin during the entire ordeal.

Mongeau and Schwan will be moving into a 6,000-square-foot home that has seven bedrooms located in the Hills.

Rebecca Weir Mongeau married the social media starlet’s father in 1988. Her father has a pool business and her mother is a homemaker.

pretty much sums it up.. Happy Father's day… I think? #girlswithdaddyissues

According to sources, Mongeau had a rough childhood because of constant fighting in her house.

In fact, she posted a photo on Instagram with her father and captioned it, “pretty much sums it up..Happy Father’s day… I think?”

Who Has Tana Mongeau Dated?

In 2015, Tana was in a relationship with Somer Hollingworth. However, after two years, the couple called it quits.

During that time, there were even rumors that Mongeau was dating Bella Thorne. She’s posted quite a lot of photos of kissing the actress.

smoking out the window so we don't get caught hahaha .. NEW YORK, we love youuuuuuu? who are we seeing tomorrow at @billboard @hot100fest ??? OUR FIRST FESTIVALLLLLL AAAAAAHHHHHH

Thorne also appeared in Mongeau’s music video for, “Hefner.” And after seeing their photos, many curious fans wondered if they were dating. One of them asked if they had an open relationship, to which Montano replied, “yes hey hahahaha.”

As of yet, no one has confirmed their relationship. But Thorne keeps dropping hints that she is dating Mongeau.

Well, Mongeau’s relationship status is still in question because last month she uploaded a video titled, “My Boyfriend does my makeup… badly ft. Jay Alvarrez.”

Mongeau’s most recent video is a storytime video titled, “my PSYCHOTIC sugar daddy story. you aren’t ready.” In the video, she reveals that many beauty gurus had sugar daddies who bought them designer stuff.

She realized that she always wanted to live a lavish lifestyle when she started doing YouTube videos. So, she downloaded an app called “Seeking Arrangements,” which was known to set young women up with older rich men.

She scrolled through a bunch of profiles, but eventually decided it wasn’t for her. Right before she decided to delete it, she came across a man’s profile with normal and decent photos, and his personality peaked her interest. And in the video, she mentions that the guy’s net worth was a $100.0 million! (Which was the highest of any man’s on there she’d seen!)

Mongeau explains that she didn’t go on the site to have sex with older men. She admitted she just liked the idea of going to lunch and listening to the man rant about his rough day, especially if it resulted in her being gifted with money or a high-priced Berkin bag! But throughout the video, she keeps his identity a secret, and only refers to him as his alias, “Jim.”

The Twitterverse, and those who commented on the video, say that the guy Mongeau is talking about is a man named Jeff Jampol. He is a producer who apparently has a profile on Seeking Arrangements—and apparently is worth $100 million!

In the video, she explains that his job was to manage artists that have passed away, including Michael Jackson and his estate, not to mention Janis Joplin and old bands like The Doors. This all hints to Jeff Jampol. While detailing their date on a night out in Vegas (where he spent $12,000 on dinner), she claims he also introduced her to Michael Jackson’s father and Janet Jackson the following evening.

Although she went on two dates with him, Mongeau realized that she didn’t want to date the mystery man anymore. She told him that she wasn’t up for it and didn’t want to be his “Sugar Baby.”

But since the release of her video, fans have been frantically trying to figure out who this rich Sugar Daddy could be! Though it has not been confirmed to be Jeff Jampol, and Mongeau kept a tight lid on revealing the mystery man, all signs point to it being him! Perhaps, if the fans do enough sleuthing, Mongeau may just reveal his name and put all of our curiosities to rest!