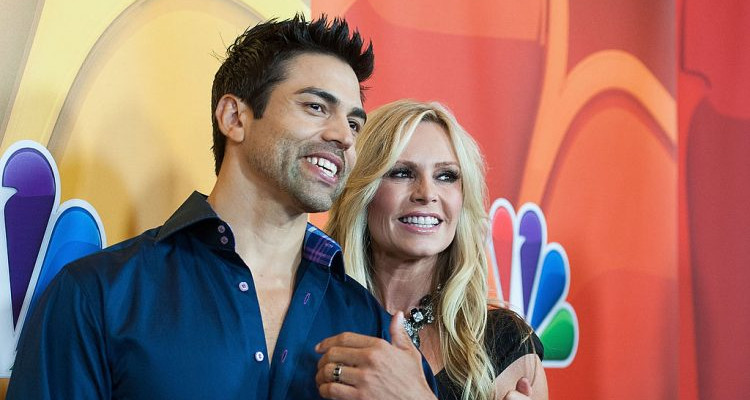 With his wife constantly in the spotlight, it comes as no surprise that Tamra Judge’s husband wasn’t able to escape scrutiny. Tamra and Eddie Judge are well-known for their appearances on the reality show, Real Housewives of Orange County. Tamra is a regular cast member of the popular TV show, so naturally her husband wasn’t left out of the spotlight once they were married—however, we don’t see too much of him on the show. To learn more about Tamra Judge’s husband, take a look at Eddie Judge’s wiki.

Fans of Real Housewives of Orange County are certainly riveted to the drama happening in the show’s current season 12. One of the rumors the women of RHOC brought up on the show involves Tamra Judge’s husband, Eddie Judge. Read on to find out more about Eddie Judge and the alleged questions about his sexuality.

Who Is Eddie Judge?

Eddie Judge’s parents were from Guadalajara, Mexico, where he was born. However, they didn’t raise him—that job was left up to his grandmother, whom he stayed with in Orange County until his late teens. Judge studied business administration in school, which helped him with CUT Fitness, the gym he owns and operates with his wife Tamra in Santa Margarita, California.

On their gym’s website, Eddie Judge’s bio says that he’s “always lived a very active lifestyle, competing in national cycling races, track and field, bodybuilding and football in his youth.” It also describes him as having a love for life, infectious happiness, and a commitment to constant self-improvement. Eddie Judge’s net worth is currently valued at approximately $300,000.

Eddie Judge, age 44, first appeared on television during the sixth season of Real Housewives of Orange County, when he was dating Tamra. After a romantic proposal in Bora Bora, the pair got married on June 13, 2015. Eddie became stepfather to Ryan from Tamra’s first marriage, as well as Sydney, Sophia, and Spencer from her third marriage.

If you’re a fan of RHOC, then you already know what the drama is concerning Judge’s sexuality. Tamra’s co-stars on the show have accused Eddie Judge of being intimate with a man some years ago, which has left many people wondering: Is Eddie Judge gay? Tamra Judge has vehemently defended her hubby, even posting a picture on Instagram captioned, “How orchestrated and wrong was that? The worst acting I’ve ever seen. They are nothing but homophobic bullies that think it’s okay to try and Out a straight man hoping to humiliate him. Well, guess what it didn’t work! It’s Not the 1920’s and being gay is not something to be ashamed of or mocked. You should all be ashamed of yourself. We all know who was behind this …. bye. [sic]”

While Tamra has taken to social media to deflect rumors about her beau, Eddie seems unbothered by the petty drama. Eddie Judge’s Instagram page is filled with pictures promoting fitness and his gym, without mention of the accusations about him.

When was the last time you ran with a smile? Running is not easy. It's high impact and takes a lot of energy to get it right. If you don't like running, I recommend jumping on my favorite treadmill the WOODWAY CURVE. It helps me with my running economy and running form. Improve your running or learn to enjoy running. To be a good runner, you will need to practice. It doesn't happen overnight. Join me at CUT Fitness on Wednesday nights for one of my favorite CARDIO workouts. #gotwood

One of Tamra’s closest friends over the years and co-star on RHOC, Vicki Gunvalson, is one of the driving forces that continue to fuel the rumors. And it doesn’t seem like she’s going to stop fanning the flames anytime soon. She spoke to TMZ recently, saying that she didn’t care whether Eddie Judge was gay, but that he should own up to it if he’d been involved with men in the past.

Regardless of the RHOC rumors around Eddie Judge`s sexuality, the couple seems to be doing just fine. And one thin’s for sure—the rift these accusations have caused between the cast members of Real Housewives of Orange County is bound to make for some good TV.