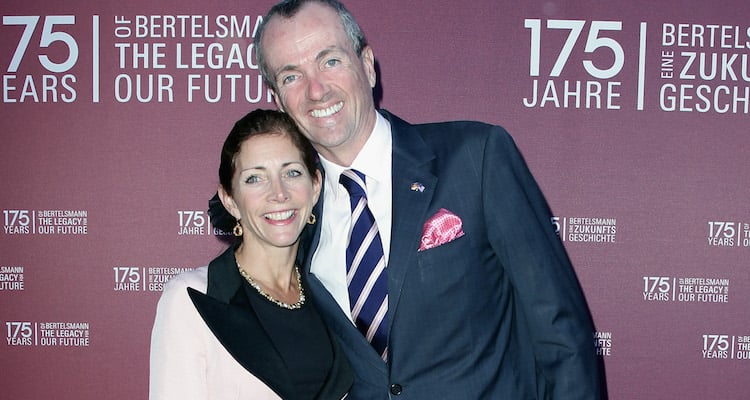 Phil Murphy is the new governor of New Jersey. With that win, many eyes are now turning towards Phil Murphy’s wife, Tammy. Phil Murphy and Tammy Murphy have been together for years but how much do we actually know about her? In our Tammy Synder Murphy wiki, we’ll explore her life beyond Phil. From Tammy Murphy’s age, schooling, and career to her social media accounts, we’ll take a look at everything that you need to know.

Tammy Jean Snyder was born in Virginia on August 5, 1965. Her parents are Edward and Jean Snyder. Tammy attended the University of Virginia and graduated with a B.A. in English and communications in 1987. She served as vice president of the college and vice chairman of its honor committee during her time there.

Tammy met Phil while they worked at Goldman Sachs in 1987, but they didn’t actually begin dating for years afterward. Once the couple began dating, things moved very quickly. They dated for 18 days before getting engaged. Six months later, the two were married and have been together ever since. Phil and Tammy Murphy have four children, a daughter, and three sons.  She has a Twitter account and, though there is an active Tammy Murphy Instagram account, there is no confirmation that it’s her official account. Her kids pop up in several photos on the Twitter account, as do photos of her husband.

While Tammy and Phil Murphy were often based out of New Jersey when Phil’s political career seriously began as Ambassador to Germany in 2009, Tammy went with him on his overseas trips. According to her bio on the website for New Start New Jersey, she has lived Berlin, Frankfurt, London, and Hong Kong.

“… do better – better for our families, better for our middle class. Committed not only to exploring, but also to enacting the most effective public policy initiatives to grow the economy and improve our quality of life, New Start New Jersey will work to generate momentum toward fulfilling our considerable promise, ensuring a more prosperous future for our state and all of our citizens.”

Tammy also currently serves as the secretary of The Climate Reality Action Fund, which was founded by former Vice President Al Gore, and is an Advisory Board member of each of the American Council on Germany.

She also hasn’t given up on her causes, either. Tammy is a believer in climate change which speaks to the organizations she supports. She also marched as part of the Women’s March in January 2017, carrying a banner for Planned Parenthood. The lovely thing is that Phil completely supports his wife’s causes, and much of his platform includes them as part of their shared values.