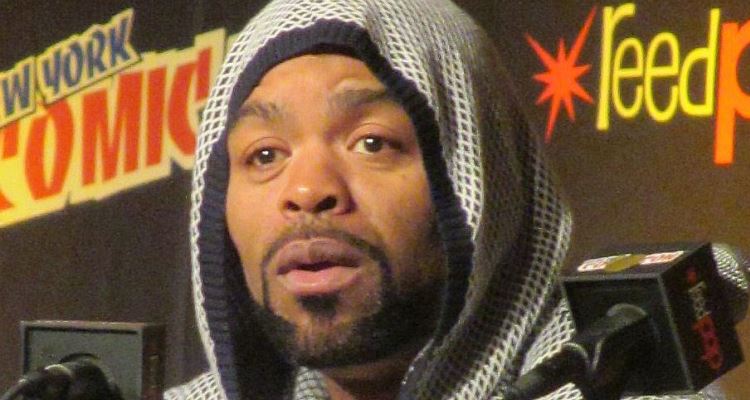 Twitter has never been for the light of heart. We’ve seen many celebs turn to Twitter for rants (for example, Kanye West on more than one occasion), while others celebs get blasted for one thing or the next (see KimExposedTaylorParty). This week, it’s Method Man’s wife, Tamika Smith. On celeb blogger Farrah Gray’s Twitter, he posted a picture of Smith and that caused Method Man to go off. You might be scratching your head a little bit as to why Method Man got so angry, but when we give you the Tamika Smith wiki, you’ll have a better understanding.

My Wife is My Life

Before we get into some facts about Tamika Smith, understand that Method Man is fiercely protective of his wife. He has kept their relationship out of the spotlight which is why pictures of Tamika have been so rare. So, when Farrah Grey posted the now deleted pic, Method man took to Twitter to tell Gray that he better take the picture down.

The former Wu Tang Clan rapper posted on his Twitter account saying that “I guess follows and likes are more important than tastefulness and decency… Smh.” He then goes on to say, “I’m done with social media until further notice… I’ve lost faith in human decency and I will not feed the trolls any longer. F**k u all.”

Meth deleted his Twitter account and has yet to fire it back up. We’ll keep an eye out for when he does decide to rejoin the realm of social media.

Who is Tamika Smith?

There’s actually not too much we know about Tamika Smith, but enough to give you some notable history. Here are 3 facts you may or may not have known about her.

She Battled with Breast Cancer

This was actually the source of another media controversy. In 2006, the then radio and now TV talk show host Wendy Williams infamously told the public that Smith suffered from breast cancer. Method Man was extremely upset and put out a video condemning Williams, saying that the family wanted to keep it a secret and many close friends didn’t even know about the situation.

Her Nephew Was Shot at Age 2

In 1994, Tamika’s two-year-old nephew, Dontae Hawkins, was shot. He was essentially caught in a gang war, in a wrong place wrong time type of situation. Miraculously, Hawkins survived the shooting despite losing a kidney. This is a tough family.

She used to be Method Man’s Assistant

Even more than that, Smith’s Linkedin page says that she’s also a small business owner and is taking an entrepreneurship course at Staten Island College.

Smith is also a mother of three beautiful little children. Well, not so little, actually. They’re all teenagers now. She has two sons; Sha (born in 1996) and Rae (born in 2001) and one daughter, Cheyenne (born in 1997). Method Man and Tamika Smith were married on March 2, 2001 after a two-year engagement, and have raised the three children together. After her battle with cancer, among other hardships the couple has endured, they certainly come from a family of fighters.

Method Man is the leader of that fighting pack, being as protective as a lion of his pack. Method Man acknowledges his public persona and knows that makes him a target for ridicule. But he says that his family didn’t sign up for this, which is why he has always been so private about his wife, in particular.

This latest bout with social media is more proof of Meth’s commitment to his family, and his undying devotion to his wife. Though they continue to keep their private life out of the public eye, the media can’t keep to ignore the gossip on Tamika Smith and Method Man.