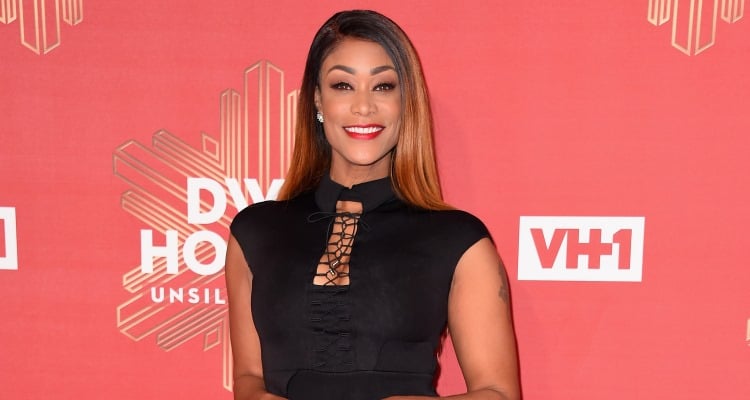 Congratulations, you made it to Monday! That’s normally nothing to celebrate, but it is if you’re a fan of Tami and Basketball Wives! It’s now into the sixth season and of course there’s more drama than there is basketball, which makes sense, since the show isn’t about the husbands! So, if you’re looking to know more about Tami before tonight’s episode, get yourself prepared with our Tami Roman wiki!

Tami Roman’s age is 47. She was born Tanisha Akbar on April 17, 1970 in Mount Vernon, New York, to an African-American father and Puerto Rican mother. She is an actress, entrepreneur and television personality, who first came to fame when she was in the cast of MTV’s The Real World: Los Angeles.

Roman has earned a net worth estimated at $400,000, due to her business ventures and being a part of the Basketball Wives cast. She has also appeared on episodes of comedy series The Parkers and One on One, as well as other reality shows such as Celebrity Wife Swap. She also runs her own successful business called Bundle Emporium, a website that let’s its customers order a variety of brands of hair extensions online.

Tami Roman’s daughters, Lyric and Jazz, are from her marriage to former husband, NBA star Kenny Anderson. Tami Roman’s boyfriend is Reggie Youngblood (he’s much younger) and she was expecting her third child with him until she suffered a miscarriage in 2015, after being 10 weeks pregnant.

In an exclusive E! interview, Roman said, “We knew this would be an uphill battle. We were up against the odds. I have a prolapsed uterus and am diabetic. I battle bouts of hypoglycemia due to my diabetes and my blood pressure continually ran high. We were prayerful, we had and still have faith. We are not giving up [sic].”

Reggie added, “This is a tough time for us. It is the worst pain I’ve felt since losing my mother. I want people to understand the sensitivity of this situation. We are hurting and negative comments, don’t help.”

Like most reality stars, Roman is on Instagram and she often posts about her everyday life and what she’s feeling. A while back, she posted a comment about making changes in her life.

“Bottom line, if you don’t like the things you see, change them. I’m not different, just better. I’m no Saintm, but I’m trying to do better. I love this concept…you don’t throw away your dirty clothes, you wash them and wear again. That’s me, I’m cleaning house and starting again. Thank God for those opportunites [sic].”

Jewelry is intimate…worn so close to the body, it should resonate with positive energy. @safiaday is my FAVORITE because I personally know the love that goes into each piece ❤️❤️

Roman often posts more than a few pearls of wisdom on her account, and she enjoys giving back and empowering others. Roman has over one million followers! She’s even got the blue badge of authenticity—to weed out the frauds and anyone looking to catfish you! With Roman, everything is an open book, the good and the bad. Whether she’s working on a new project, sending out love, or avoiding drama, the TV reality star is lives her life the best way she can, and she encourages other to do the same. She’s got a great attitude and a passion for positive energy, probably why she’s a favorite among fans!

Watch new episodes of Basketball Wives on Mondays at 9:00 p.m. EST on VH1!