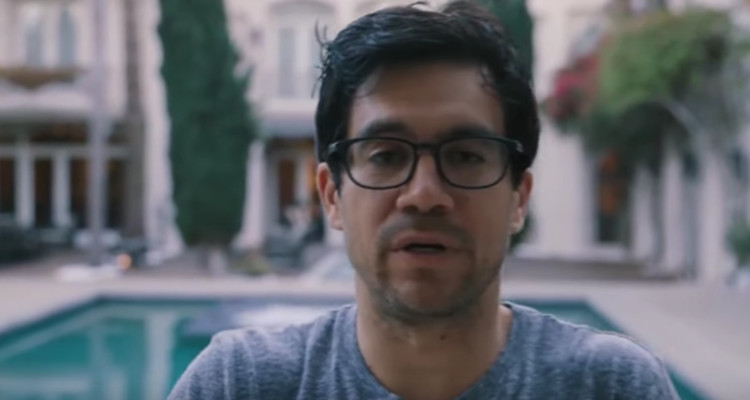 Tai Lopez got the best advice from his grandfather when he was just 16. He was told to start reading books and today, he reads one a day. Lopez has traveled the world, working and studying and shares his knowledge to inspire others. With a cool net worth of $5.0 million and a head bursting with ideas, Lopez has become a mentor.

What do you do when you want to be something and achieve success? You go to a man like Tai Lopez! What does Tai Lopez do? He is an investor, partner, and adviser to over 20 multi-million dollar businesses. Lopez shares advice on how to obtain wealth, be healthier, love more, and be happier through his popular book club and podcasts. Lopez advises about 1.4 million people in over 40 countries and is considered as one of the best TED speakers in the world, with over 2 million views. Here are some details from Tai Lopez’ wiki.

He was born on April 11, 1977, so that makes Tai Lopez’ age 40. Lopez loves to talk about how his journey of learning started when he was 16 years old. That is when he realized that life was too complex to figure out on his own. So, he wrote a letter to his grandfather, a scientist and the wisest man he knew, asking for advice. He soon received a letter back which simply read, “There is no secret formula. Tai, the modern world is too complicated. You’ll never the find all the answers from just one person. If you’re lucky, you’ll find a handful of people throughout your life who will point the way.”

Books are a Treasure

One week later, Lopez received a package containing 11 dusty books with a note that said, “Start by reading these.” This started Lopez life long fascination with books and his love for reading. He began reading for his search of what he calls the “good life” —the balance of four major pillars of life: health, wealth, love, and happiness. Lopez found inspiration from scores of important men in history including Sigmund Freud, Aristotle, Gandhi, Charlie Munger, Sam Walton, Descartes, Charles Darwin, and Confucius.

Failure is a Hard Teacher

Tai Lopez also lived in an Amish community for two and half years, spent time working in a leper colony in India, and experimented with grass-fed, sustainable agriculture in Polyface farms. He also tried to be an entrepreneur after dropping out of college, but failed miserably and ended up sleeping on his mother’s couch. Lopez then got five millionaires to mentor him, became a Certified Financial Planner, and worked in finance, before becoming an adviser and mentor to others.

A Cool Net Worth

?⭐️(Keep swiping left at the end of each video to see the whole thing)?? and remember the needle in the haystack exists, you just have to search hard for it…

Lopez has appeared on various TV and radio shows, spoke at top universities like the London Business School and the University of Southern California, and started podcasts containing material called “The Grand Theory of Everything.” Lopez condensed everything he has learned from his mentors into a series of “mentor shortcuts” he calls “The 67 Steps.” Why is Tai Lopez rich? That’s because he applies all of his learning to his business and generates revenue. Tai Lopez’ net worth is a cool $5.0 million and is growing steadily. Lopez’ web site is owned by his partners at MAS Group LLC, where he used to be a manager before stepping down.

Sharing His Knowledge to Help Others

While some people have denounced Tai Lopez as a scam artist, there are many who follow his advice and claim that they have benefited immensely. His popularity is growing rapidly, though some of the things he says are a matter of common knowledge (like reading books to improve oneself and finding mentors to guide you). Still, he has unique and inspiring program that people clamor to. Lopez has a wealth of knowledge and experience that he readily shares with those who need it, and has made something of his life by helping other’s with theirs.