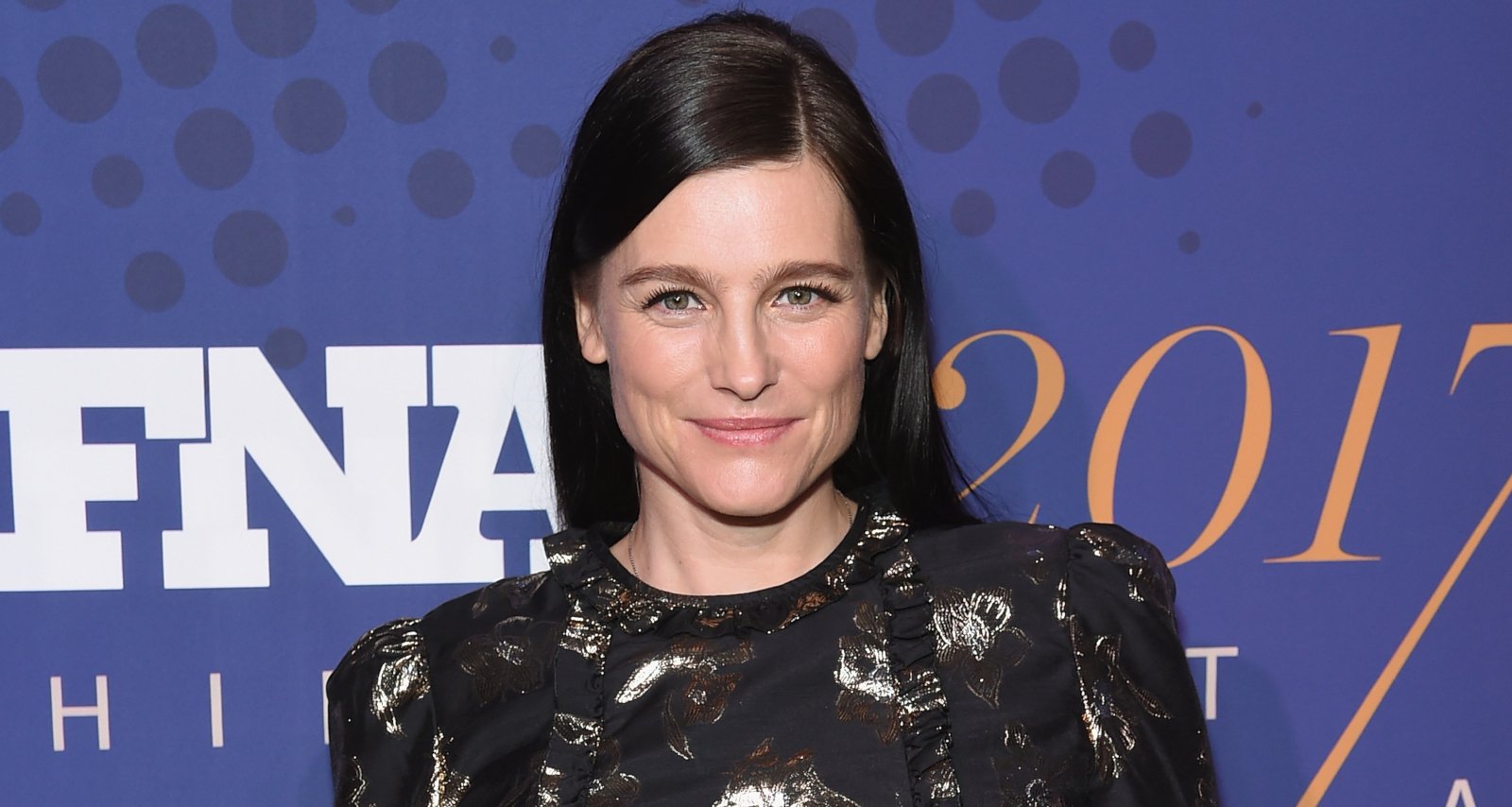 Tabitha Simmons went from modeling other people’s creations to creating her own shoes, embellishing the feet of some of the biggest stars in Hollywood. The designer of her eponymous brand, Simmons is one of the biggest names in shoe-biz. Trace her journey to becoming the Queen of Footwear in Tabitha Simmons’ wiki.

Tabitha Simmons Is from the U.K.

Tabitha Simmons was born on February 11, 1971, sharing a birthday with one of her celebrity best friends, Jennifer Aniston. Simmons was born in Cambridgeshire and grew up in England, United Kingdom, where she had her beginnings in fashion.

Her first fashion foray was at the age of 14, when she worked at a shoe store in U.K. She later attended Kingston University in London, graduating with a degree in film and set design.

Happy Birthday to me and Jennifer Aniston !!!!! ❤️💗❤️My mother’s says what’s there to celebrate by being a year older!!! Well Mother health, happiness and kicking ass !! Here is to you 🥂 Jennifer 🥂have a good birthday where ever you are !!!! Sending you love on our BDay !! #jenniferaniston

She Used to Be a Model and Stylist

After graduating from Kingston University, Simmons made her high-fashion debut as a model. But she wouldn’t call herself a very good model.

“I was too self-conscious, too awkward, I didn’t have the patience and, really, it was a bit of a joke—often I’d not even go to my castings,”  Simmons described her modeling days. “It’s an amazing job if you can do it. Look at Karen [Elson]: she delivers photographers their dream, and she knows how to take on a role. I wasn’t good at that at all.”

Nonetheless, modeling worked out for her in other ways. While modeling others’ creations, she picked up the know-how of fashion styling.

She would go on to learn styling from Katie Grand at Dazed and Confused magazine. Soon, Simmons rose to mega-stylist status—as high as her mentor.

Simmons Launched Her Shoe Brand in 2009

Simmons made the smooth transition from model to stylist to entrepreneur, quickly rising to the top of the fashion industry. And that’s against all odds!

The British-born model launched her eponymous shoe brand in 2009 at the worst possible time, post a global recession when businesses were struggling to stay afloat, let alone thrive. But her business took off and her high-end designs became a favorite of celebrities.

Tabitha Simmons’ shoes are now sold in upscale stores worldwide, from Bergdorf Goodman and Nordstrom, to Saks Fifth Avenue and Bloomingdale’s. Her friends are also a big part of her success, and she names her designs after them as an ode to their friendship. Among her earliest designs, the flat pointed-toe Alexa, now her biggest bestseller, is named after British fashion maven Alexa Chung.

Not only are actresses like Charlize Theron and Jennifer Aniston, and models like Gigi Hadid and Lily Aldridge, big fans of her designs, even Kate, Duchess of Cambridge, has strutted in Tabitha Simmons heels on many occasions.

The celebrated shoe designer got engaged to wealthy New York-based financier Topper Mortimer, whom she had been dating since 2014, in August 2017. If you find the name familiar, yes, that’s Real Housewife Tinsley Mortimer’s ex-husband.

It's Official we are engaged !!!!!!! Thank you to @toryburch and @thelsd for hosting our engagement dinner!! Thank you @toryburch for opening up your beautiful home and to all the family and friends that came out to help celebrate our special night 💕❤️💕❤️💕❤️💕❤️💕thank you @peterdavisnyc for the brilliant necklace!!! ❤️❤️❤️❤️ @supa_dupa_ I am one lucky girl !!!

Tinsley and Topper were high school sweethearts who eloped at 18, were forced to annul their marriage by their parents, remarried, and then divorced in 2009. Tinsley Mortimer would go on to join the cast of Real Housewives of New York season 9 in 2017.

Tabitha and Topper tied the knot on June 9, 2018, in a lavish display of wealth and fashion. The bride was dressed in a vintage, Victorian-style dress courtesy of Dolce & Gabbana and shoes from her own collection. She changed into another D&G creation for the reception, with a fun unicorn veil.

What a very special day thank you to everyone that came to celebrate with us !! Thank you @dolcegabbana @Stefanogabbana for my beautiful dress. I love you all so much 🎊🥂especially you @supa_dupa_ 💥

While Topper Mortimer reportedly has an amicable relationship with Tinsley, her relationship with Tabitha is probably complicated. We see that in the latest episode of RHONY season 11, when Tinsley’s mom, Dale Mercer, drops by to throw some premium shade at Tinsley.

Dale apparently has a better relationship with Topper than Tinsley has with her ex. The Mercer matriarch even sent Topper and Tabitha a present to congratulate them on becoming parents and said the present was from Tinsley. (Slow claps for you, Dale.)

She Was Married to Photographer Craig McDean

Before Mortimer, Simmons was married to award-winning photographer Craig McDean. Karen Elson had introduced the two at a party in Connecticut when Simmons was a budding stylist.

The British-born shutterbug has done campaigns for Gucci, Giorgio Armani, Emporio Armani, Oscar de la Renta, Yves Saint Laurent, Calvin Klein, and Estée Lauder, as well as for magazines like Vogue and W. When they were together, Simmons and McDean shared many of their clients.

Shortly after celebrating their 10th anniversary in Peru (which would inspire Simmons’ collection that year), they would eventually split in 2013. Simmons would go on to date and then marry Topper Mortimer.

Simmons is mother to two boys, Dylan (born 2006) and Elliot (born 2004), from her first marriage to Craig McDean. She has been an ever-present mom for her sons who lived with her in New York, even before Topper Mortimer came into the picture.

She once flew home from London to New York to pick her sons up from school, only to board an overnight flight to Paris later that evening. During summer vacations, the boys join her in globetrotting. Dylan and Elliot were also there to escort Tabitha down the aisle at her wedding to Mortimer.

Months before their wedding, Simmons and Mortimer welcomed their first child together, a daughter they named Violet Elizabeth, on January 29, 2018.