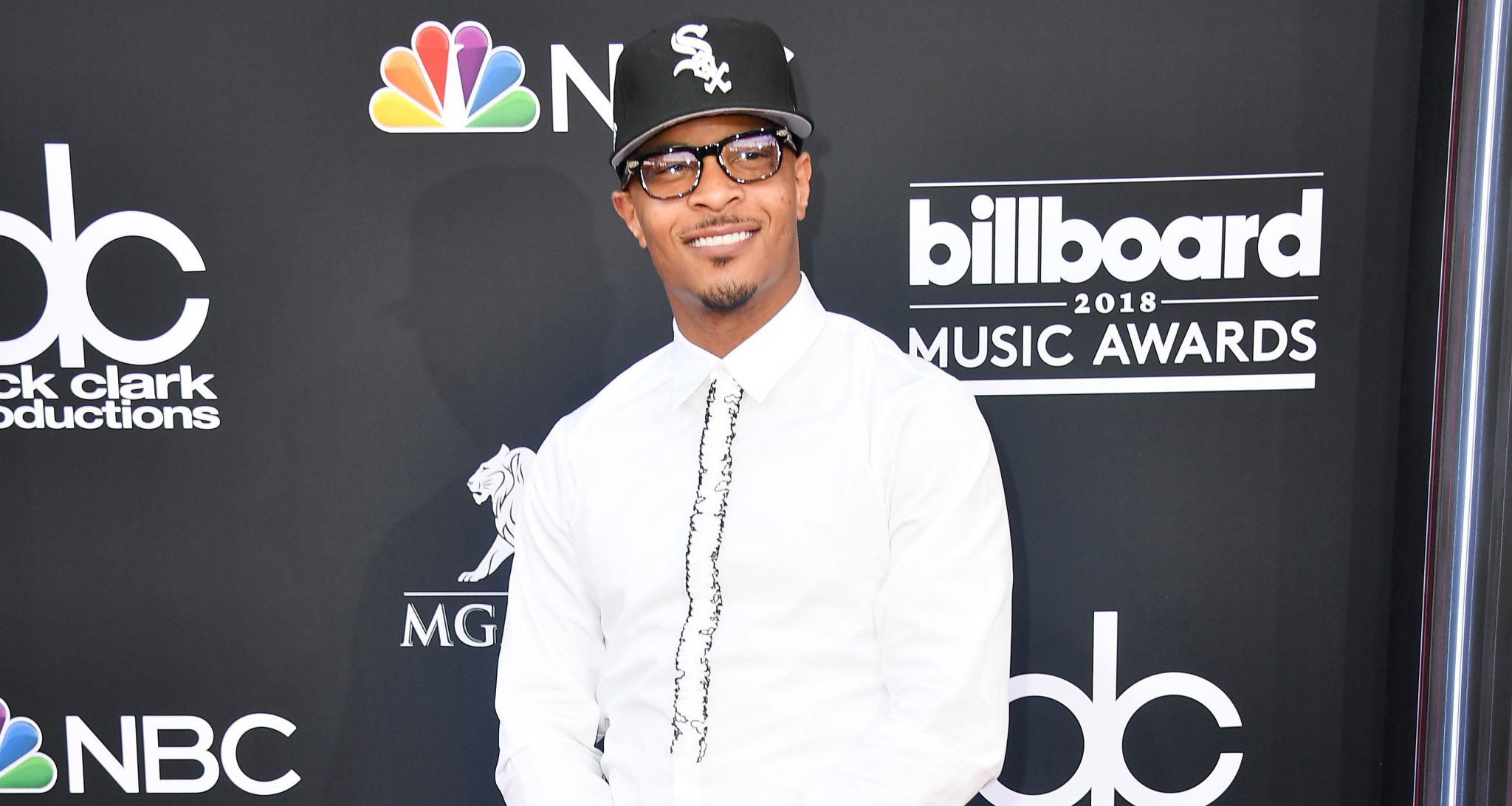 T.I. is the undoubted pioneer of hustling, but he’s not hustling any fans after a video surfaced of him allegedly cheating on Tiny! T.I. and Xscape vocalist, Tiny, have been reportedly working on salvaging their marriage for a year now. But could this alleged cheating scandal be the last straw for Tiny?

“King of the South” rapper T.I. is facing backlash after a damning video shows him getting pretty handsy with a woman who’s not his wife.

Tameka “Tiny” Cottle had filed for divorce from the rapper in 2016 and then again in 2017, due to accusations that he cheated on her. T.I.’s latest cheating scandal raises new questions about their relationship status amid speculation of the couple’s reconciliation.

Has T.I. Cheated on Tiny Again?

T.I. and Tiny were on the verge of divorce when reports claimed they were working on staying together as a family. It was speculated that T.I.’s infidelity had led to the end of their marriage in December 2016.

But reconciliation doesn’t appear to be around the corner for Clifford Harris and Tameka Cottle. After the artists posted two opposing views on marriage on Instagram, T.I. was allegedly caught with another woman.

#PressPlay: #TI spotted backstage last night at his show in Indiana by a fan who posted it on Snapchat ?

A video is circulating on the Internet that allegedly shows the rapper backstage at a performance with a woman who has no resemblance to Tiny. Before she is about to sit on the couch next to T.I., he smacks her butt.

He is then seen “feeling up” the woman while someone on the video is heard saying, “That ain’t Tiny!”

The backlash against the rapper was swift. Fans even flooded Tiny’s Instagram with support and love.

The video popped up on social media feeds right after T.I. posted an anti-marriage quote, explaining why men don’t marry.

Just found some info out there from @nay6ah60d_neal I thought I’d share… and mind you, I DIDNT WRITE THIS,A WOMAN DID…. but I do agree to a degree. I’ve heard it,& seen this a million times over. Note to women: Happiness needs no validation….The Ego does. Most women out there nowadays just wanna be married to impress they friends,family (his side pieces) and fit into society’s standards. THATS NOT LOVE!!! That’s how you end up stuck with someone YOU THOUGHT YOU WANTED!!!! No matter what… Whatever you do… Do what you do to make YOU HAPPY!!! -The End

Not one to take the shade lying down, Tiny seemingly clapped back by sharing a clip of Snoop Dogg, saying that he wouldn’t be as “strong” if it weren’t for his wife.

While she didn’t make a direct reference to her husband (they haven’t divorced yet), she mentions “King” in the caption. Unless she’s randomly talking about Elvis Presley, we’re going to assume she means the “King of the South.”

Tiny even went on “Self-Love Ambassador” Derrick Jackson’s live stream to confirm that T.I. cheated on her in that video.

Crown the KING who knows that his QUEEN is the most important piece on the board. #chessnotcheckers #CHECKMATE ????

Who Is the Mystery Woman?

Recent events cast doubts about the hustling couple’s reconciliation rumors. Although they haven’t gone through with finalizing their divorce yet, it is speculated that Harris and Cottle’s marriage is over for good.

T.I. cuddling with another woman could be an indication that he’s currently moving on from Tiny.

The woman in the video is identified as Asia’h Epperson, an actress with minor roles in TV and film. She’s also a singer and songwriter who was a finalist on American Idol in 2008.

Her biggest credit being Straight Outta Compton. She played a groupie named Felicia for a couple of minutes. Now, doesn’t that give a whole new meaning to “Bye, Felicia!?”

But you’ll probably remember Epperson for the infamous police brutality incident at the Atlanta restaurant, Houston’s. The restaurant called the cops on Epperson and two other women when they used the bathroom after closing hours.

The women were reportedly injured during the arrest and alleged racial profiling by Houston’s. Epperson even filmed the incident, which went viral on social media.

The restaurant suffered massive backlash during the incident. Even T.I. boycotted Houston’s. 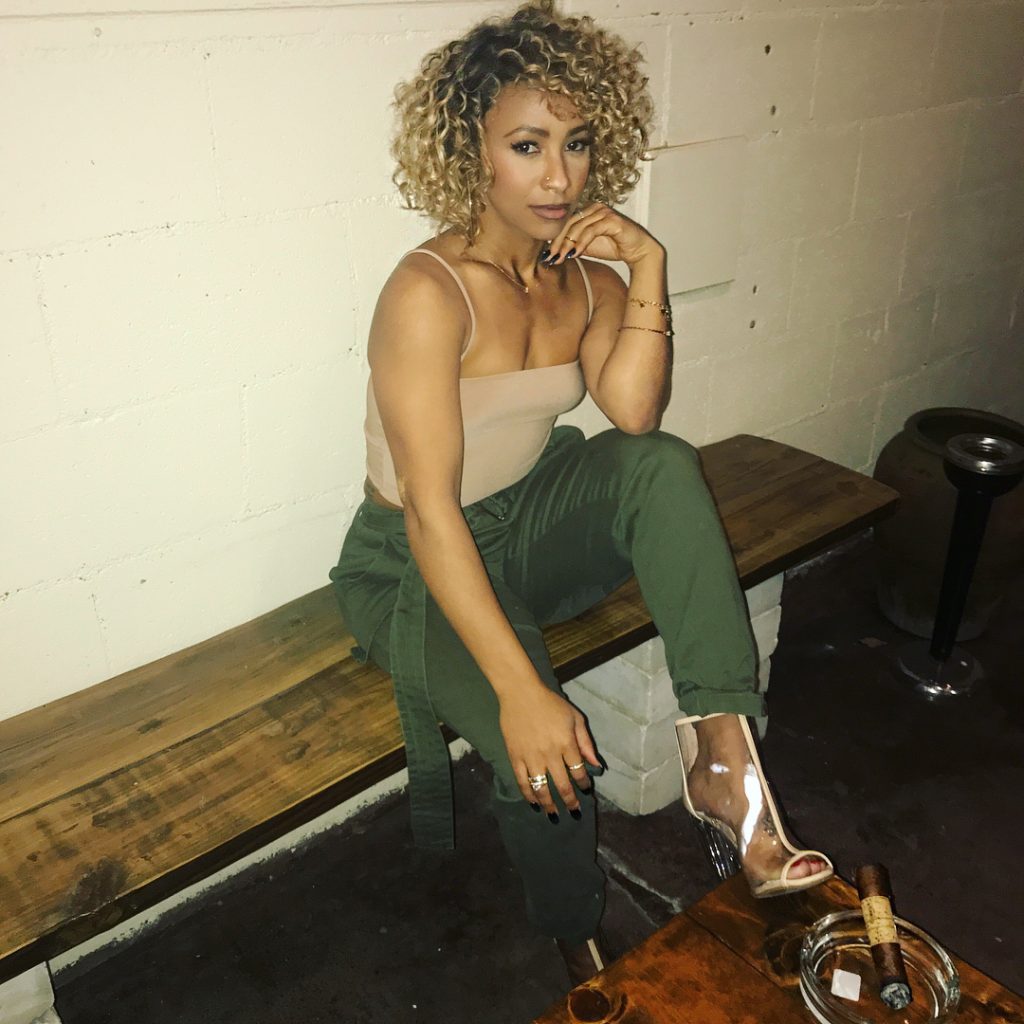 The King and Queen Part Ways

T.I. and Tiny went public with their relationship in 2001 and married in 2010. They are parents to three children—sons Clifford “King” Joseph Harris III (August 2004) and Major Philant Harris (May 2008), and a daughter, Heiress Diana Harris (March 2016). They are also stepparents to each other’s children from previous relationships.

Tiny was by T.I.’s side through his ups and downs, including his legal troubles. The entire Harris brood even starred in the VH1 reality show, T.I. & Tiny: The Family Hustle.

But it wasn’t always smooth-sailing. 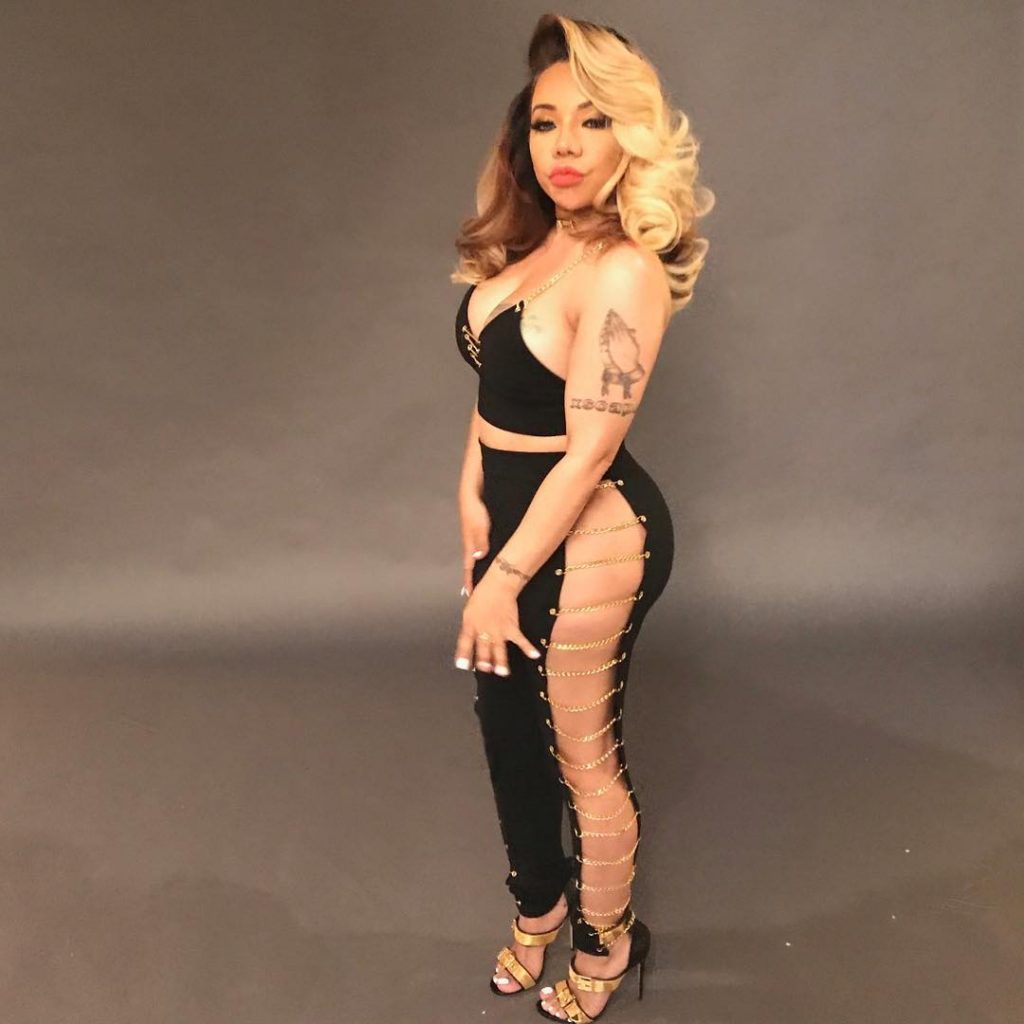 Allegations of infidelity have dogged their marriage for years. There was even talk about Tiny cheating on the rapper with Floyd Mayweather, a rumor that led to T.I. getting into an altercation with the famed boxer. But the hip-hop couple stated that neither had stepped out of their marriage.

Then in December 2016, Cottle surprised everyone by serving T.I. with divorce papers. It was speculated that she wanted a divorce because she caught him cheating with several other women.

Weeks after the divorce news made headlines, T.I. wasn’t making a big deal about it. They continued with the final season of their VH1 show, which documented the breakdown of their marriage.

But soon after the divorce drama, reports alleged that T.I. and Tiny got back together. They had reportedly put the divorce on hold and were working on fixing their marriage.

However, Tiny went on record during Xscape’s comeback to clarify that a divorce was still on the cards.

“We are trying to figure it out one day at a time,” said the R&B diva, adding that she doesn’t want speculative reports to interfere with how their relationship is going.

The future of the hustlin’ couple’s marriage looks grim at the moment. But they continue to be strong on the family front.