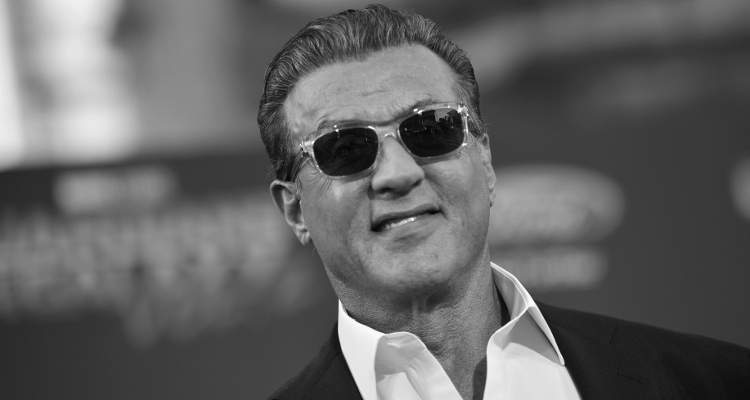 Sylvester Stallone stormed into the Hollywood scene portraying tough guy characters and built his fame as an action star. Stallone has accumulated a whopping $400.0 million over his long career. But could the recent sexual assault accusations against him cause a decline in Sylvester Stallone’s net worth?

Sylvester Stallone joins the growing list of prominent men in Hollywood accused of sexual assault. Stallone and his bodyguard reportedly assaulted a 16-year-old girl in 1986. While he denies the claims, this could mean bad news for Stallone’s career.

How Rich Is Sly Stallone?

Stallone’s movie career has earned him an estimated net worth of $400.0 million. He skyrocketed to A-list status with the Rocky and Rambo franchises. And with the Rocky movies raking in $1.4 billion at the box office, it’s no wonder Stallone earned a hefty paycheck back in the day.

These days, Stallone has taken his top-billing action star status to the Expendables franchise. His latest Expendables movie earned him a salary of $15.0 million.

The following table illustrates Sylvester Stallone’s wealth over the years.

Sylvester Stallone and Arnold Schwarzenegger starred together in the Escape Plan. Stallone was paid a whopping $35.0 million for his role in the movie.

The one thing we have in common is we don't quit. Push until ya can't push no more … #bodybuilding #healthylife #healthyfood #challengeyourself #rockybalboa1976

Born on July 6, 1946, in New York City, Sylvester Stallone’s age is 71. Complications during his birth forced the doctor to use forceps, which caused permanent nerve damage in part of his face. This gave Sly his trademark sneer, and it would make him a movie star.

After dropping out of the University of Miami where he studied acting, he returned to New York to pursue his acting career. Like most struggling actors, stable income was scarce.

Stallone’s finances improved as he got minor roles in movies. When he finally landed a role in the movie, The Lords of Flatbush, the money he made allowed him to move to Hollywood to further career.

One night, he went to watch a boxing match between Muhammad Ali and Chuck Wepner. The fight inspired him to write a story.

Preparing for Rocky 2 kind of an interesting picture of to fill-in until I can get my daughters to sit still for another video!

When Stallone went for a casting call later, he pitched the story to that movie’s producers. They loved the script and offered $360,000 for it, but didn’t want to cast Stallone in the movie.

Stallone said, “I thought, ‘You know what? You’ve got this poverty thing down. You really don’t need much to live on.’ I sort of figured it out. I was in no way used to the good life. So I knew in the back of my mind that if I sell this script, and it does very very well, I’m going to jump off a building if I’m not in it.”

Stallone eventually persuaded the producers to cast him over mainstream action tough guys like Burt Reynolds, Robert Redford, and Ryan O’Neil. He was paid $1.0 million to star as himself in a movie he wrote and turned into a blockbuster cult classic. The movie won an Oscar for Best Picture.

Sly Stallone became known for throwing a punch or two in his movies and sending fans in theaters roaring. He also became well-known for picking money-making scripts as most of his movies win big at the box office.

The actor then wanted to use his expansive acting credits as academic achievements to earn his degree. Stallone finally acquired a Bachelor of Fine Arts in 1999.

Although he’s the epitome of a tough guy in Hollywood, Stallone has a soft side to him. He also loves to sculpt and paint. In fact, Stallone loves art so much that he has his own exhibit at The State Russian Museum and the Museum of Contemporary and Modern Art in Nice, France.

In April, the actor sued Warner Bros. for hiding the profits of his 1993 flick Demolition Man. Stallone accused the studio of bad accounting practices and not paying his stipulated cut of the profits.

This isn’t the first time the Expendables star has made sure he got what is owed to him. Stallone was one of the many Hollywood A-listers who sued Kenneth Starr, a former money manager who was convicted of running a Ponzi scheme.

Sorry for showing off but I really like the intensity of this photo .. Love how photographs freeze time so you can go back many years later and relive those special moments…

Stallone has been married three times and has five children. His current wife, Jennifer Flavin, is a former supermodel.

The actor has two sons from his first marriage to Sasha Czack. His eldest son, Sage Stallone, passed away in 2012 of heart disease. And his youngest son, Seargeoh Stallone, was diagnosed with autism at a young age.

Sistine Rose Stallone is following in her mother’s footsteps into the world of modeling and has signed with IMG models. Although she recognizes that her father’s fame may have been a stepping stone to her success, she insists that she is still paving her own path.

Meanwhile, Scarlet Rose Stallone is rarely seen in the limelight, but she is on track to becoming a superstar in her own right. Stallone has even given her the nickname “The Flash.” Although she is still quite young, it will be interesting to watch her blossom into the Hollywood life.

When you’re Sylvester Stallone, you live life in style. The Stallone family have called some luxurious cribs home in the last few years. They currently live in Beverly Hills in a mansion worth $10.0 million. And in the past, Stallone sold a mansion in Miami for a whopping $20.0 million.

The A-list actor also knows a thing or two about getting around in style. Stallone’s envy-worthy car collection is proof of his love for fast cars. His car collection consists of about five muscle cars, each one faster than the last, along with a Porshe Panamera, a Bentley Continental GTC, Aston Martin DBS, a custom Camaro SS, and a Mercedes-Benz SL65.

Stallone is currently working on the scripts for the Creed sequel and Escape Plan 3. Meanwhile, Escape Plan 2 is slated for a 2018 release.

So at this point, it’s hard to tell how the scandal will impact Sylvester Stallone.

Wrapping up a VERY rough day 15 hour day with award-winning Asian star Max Zhang ,after many physical fights and stunts … Max is fantastic and I had a great time and now moving onto the next project. #escapeplan3 #emmettfurlafilms #actionmovies #healthylife #exercise #mansfeildprison #ohio