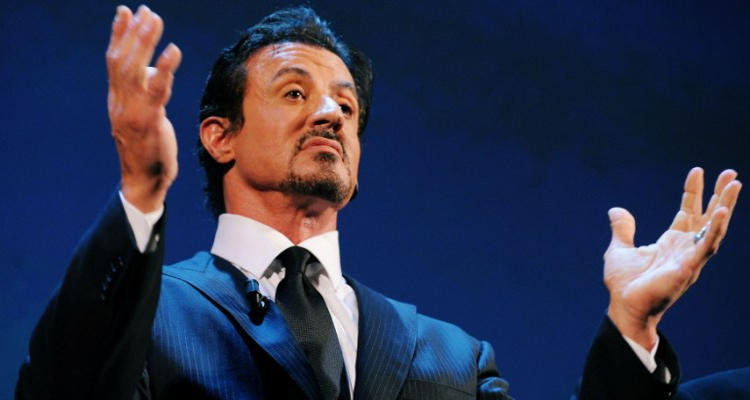 Whitehall, 27, told the Daily Mirror that he consoled the Rocky actor at the Governor’s Ball after his loss to English actor Mark Rylance for Best Supporting Actor at this year’s Academy Awards. The Creed star, 69, was not impressed, and took to social media to vent his frustration.

In a tweet to his 1.6 million followers, Stallone wrote, “I NEVER met this young man. Pity it has to be under these circumstances.” Stallone, still confused by the insulting accusation, continued his thoughts on Instagram: “I was very proud of my nomination, worked hard for it, so why would anyone create insulting lies that only distort wonderful memories? Why do it?” Why indeed? Is this an elaborate joke gone too far or does Whitehall really think he met Stallone?

Learn to Take a Joke, Sly

Whitehall spoke to the U.K’s. Daily Mirror in an interview on Monday and suggested that his comments toward Stallone were made in jest. See, we knew there was a reasonable explanation! Though it probably would’ve been nice to let Stallone know that at some point.

Not surprisingly, after Stallone’s Instagram post, Whitehall continued the unsuccessful joke further and told MailOnline that “It’s sad Sly doesn’t remember meeting me. Clearly I made very little impression. The same thing happened to me with Eamonn Holmes at the TV Choice Awards.” The comic went on to state that since he was English, he had to explain who Mark Rylance was and that maybe he will have better luck next time if there’s a Creed sequel.

Whether there’s a sequel still remains to be seen but one thing is for sure, Whitehall definitely made an impression on Sly. Let’s just hope the two never have to actually meet in person—awkward much?

So do you think the joke went too far, or is Sly just being sensitive? Let us know in the comments below!