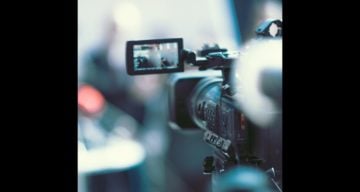 Syracuse, New York residents have had to bid farewell to some of their favorite WSTM personalities in May 2021. Among them is meteorologist Sydney Sullivan, who joined CNYCentral in 2019. Sullivan leaving the NBC/CW affiliate comes as a surprise to her regular viewers. They have a lot of questions about her departure, especially about where she is going next. Sydney Sullivan answered her fans’ questions ahead of leaving CNYCentral.

Georgia native Sydney Sullivan is a graduate of Kennesaw State University and the Florida Institute of Technology. She previously worked in Georgia and Florida markets before coming to Syracuse, New York.

Sullivan joined the weather team at CNYCentral in 2019. Over her career, she quickly earned regular viewership.

Sullivan surprised viewers this month by announcing her departure from WSTM and Syracuse. Her last broadcast will be Wednesday, June 2.

In a statement posted on her official social media profiles, the weatherwoman said she is moving to a new market to be closer to her family. So, her next job will be in South Carolina.

Sullivan joins the weather team at the Greenville NBC affiliate, WYFF-TV. She will have her first broadcast at WYFF News 4 soon.

Sullivan expressed her gratitude to her supportive colleagues at CNYCentral and the viewers who wished her well.