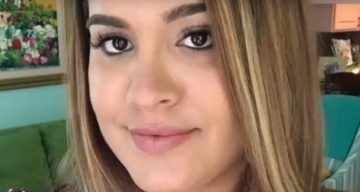 Ever since the brutal murder of Nicole Simpson that took place on June 12, 1994, her children have been kept away from the media by her family. Her daughter, Sydney Simpson, is in the news again after the airing of Fox’s controversial program, O.J.Simpson: The Lost Confession?, on March 11, 2018. People are eager to know what the now-grown up Sydney does, so read on to find out.

On June 12, 1994, O.J. Simpson’s ex-wife, Nicole Simpson and her friend, Ron Goldman were found murdered in front of her house. Although it’s still not a confession, O.J. Simpson gives a hypothetical account of what might have happened on that tragic night. Simpson had some very interesting things to say on O.J. Simpson: The Lost Confession?, which aired on Sunday, March 11, 2018, on Fox.

The media has been abuzz since then, with some calling it a long-delayed “confession” while others are circumspect about what Simpson said in the interview. But now, the attention has fallen on Simpson’s children, especially his daughter, Sydney Simpson. People are suddenly very interested to know where she is these days.

Keep reading to know more about O.J. Simpson’s daughter with some details from Sydney Simpson’s wiki.

Traumatized by Her Mother’s Murder

Born on October 17, 1985, Sydney Simpson’s age is 32 years. She was just eight years old and asleep in her bed when her mother and her friend were knifed to death in front of their house.

Since then, Simpson has avoided the limelight and carried on with her life, trying to make it as normal as possible.

A Young Woman of Independent Means

Sydney Simpson graduated with a Bachelor’s degree in sociology from the College of Arts and Sciences at Boston University in 2010. After working for a while in Atlanta, Georgia, she moved to St. Petersburg, Florida, in August 2015 and bought a house.

Simpson opened her own business called Simpsy LLC in 2014, which deals with the real estate industry. She has made several investments in real estate properties, particularly in the last two years.

Throughout the years, Simpson has avoided speaking to the media. She has been trying to get away from the tragedy that fell on her when she was a child.

A Dwindling Net Worth

In 1996, in a civil trial was brought against O.J. Simpson by the families of Nicole Simpson and Ron Goldman. The jury awarded Sydney and Justin Simpson $12.6 million from their father as recipients of their mother’s estate.

However, today, Sydney Simpson’s net worth has reportedly dwindled down to just $10,000.

The Man in Sydney Simpson’s Life

Sydney Simpson is reportedly dating a man named Robert Blackmon, who once ran for a council seat in St. Petersburg, Florida.

Blackmon spoke about his girlfriend to The New York Post and said, “She’s been selflessly supporting me and not worried about herself.”

One of Blackmon’s main campaign issues was helping the environment. However, he had been charged with a hit-and-run earlier in 2009 when he had crashed his Cadillac into a ditch and fled from the scene.

Her Aunt Is Proud of Her

Tanya Brown, Nicole Simpson’s sister, told People magazine in January 2016 that she was very proud of her niece, and her brother, Justin Simpson.

Brown said, “They are so grounded. I am so proud of what and who they become.” She also said that Sydney Simpson loved her father and she chose to respect that sentiment.

Many people have commented over the years how similar Sydney Simpson is to Khloe Kardashian.

There have also been rumors flying around for years that O.J. Simpson is actually Khloe Kardashian’s biological father, although this has not been confirmed. Still, the perception that Sydney Simpson is a Khloe Kardashian look-alike continues to persist.

Sydney Simpson rarely steps out in the public eye, but she was seen at her cousin Sean’s wedding in Newport Beach in California on February 20, 2016.

Despite being haunted by a bloody tragedy, Sydney Simpson is bravely trying to live her life with as much normalcy as possible.