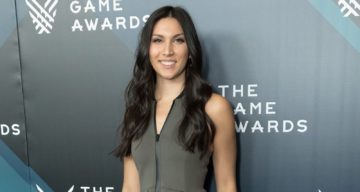 Sydnee Goodman has been a fan favorite among longtime IGN viewers since she joined the platform in 2018. The host and producer is, however, parting ways with IGN. She announced it on social media, which left her fans surprised but also full of curiosity. They want to know why Goodman is leaving and if they will see her producing and starring in content in the future. Fortunately for her fans, Sydnee Goodman answered their queries.

Sydnee Goodman has been a social media content producer at least since 2014. She streams on Twitch, has her own gaming and pop culture content on YouTube, and hosts events and shows.

She was already popular on Twitch when she joined IGN Entertainment in 2018. Goodman was a host and producer on the platform, appeared on The Daily Fix, featured alongside other IGN personalities, and went to conventions, while also managing her own YouTube channel.

Sydnee Goodman surprised her fans when she posted a video on her personal YouTube channel on April 19. The video’s title, “I’m Leaving IGN / The Daily Fix,” is self-explanatory.


In the video, Goodman said that this is her last full week at IGN. She is leaving to pursue her individual ventures.

There’s no indication that Goodman parted with IGN on less than amicable terms. It’s just that she will focus on producing content independently.

She will host her last episode of Daily Fix on April 23. She has continued to post regular content on her YouTube channel and other official social media.