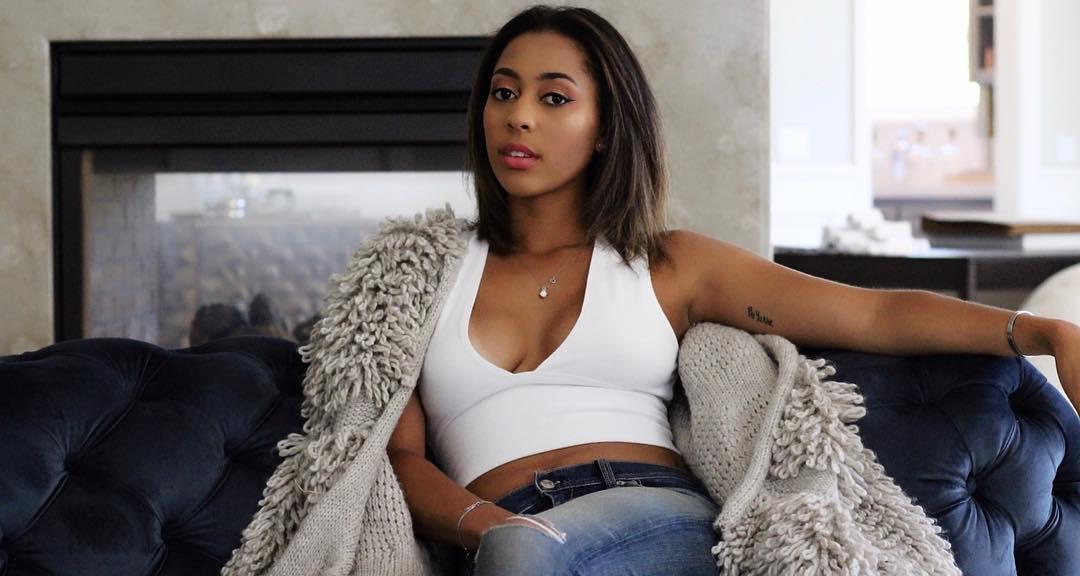 Steph Curry’s sister, Sydel Curry, can’t wait to get married to fiancé and basketball player Damion Lee! She’s the youngest sibling of the Curry family and was a volleyball player in college. Her parents, Dell and Sonya Curry, couldn’t be prouder—and now they will have a new son-in-law to welcome into the Curry clan!

Sydel Curry is all set to become basketballer Damion Lee’s wife, and she’s going to appear on TLC’s bridal-reality show, Say Yes to the Dress! For her wedding gown, she turned to Kleinfeld Bridal, New York, every girl’s dream store to shop for her perfect dress. Although there are currently no other details, we do know that mom Sonya Curry and sister-in-law Ayesha Curry accompanied her.

But who is the sister of the NBA star player? Find out more about Damion Lee’s fiancé with details from Sydel Curry’s wiki.

Who Is Sydel Curry?

Basketball runs in the Curry family, starting with dad Dell Curry, who was a coach, and mom Sonya Curry, who was a varsity player. Her brothers, Steph and Seth Curry, are also big names in the industry, but she chose volleyball. However, Sonya Curry was also a volleyball player when she was in college, so the apple doesn’t fall too far from the tree! 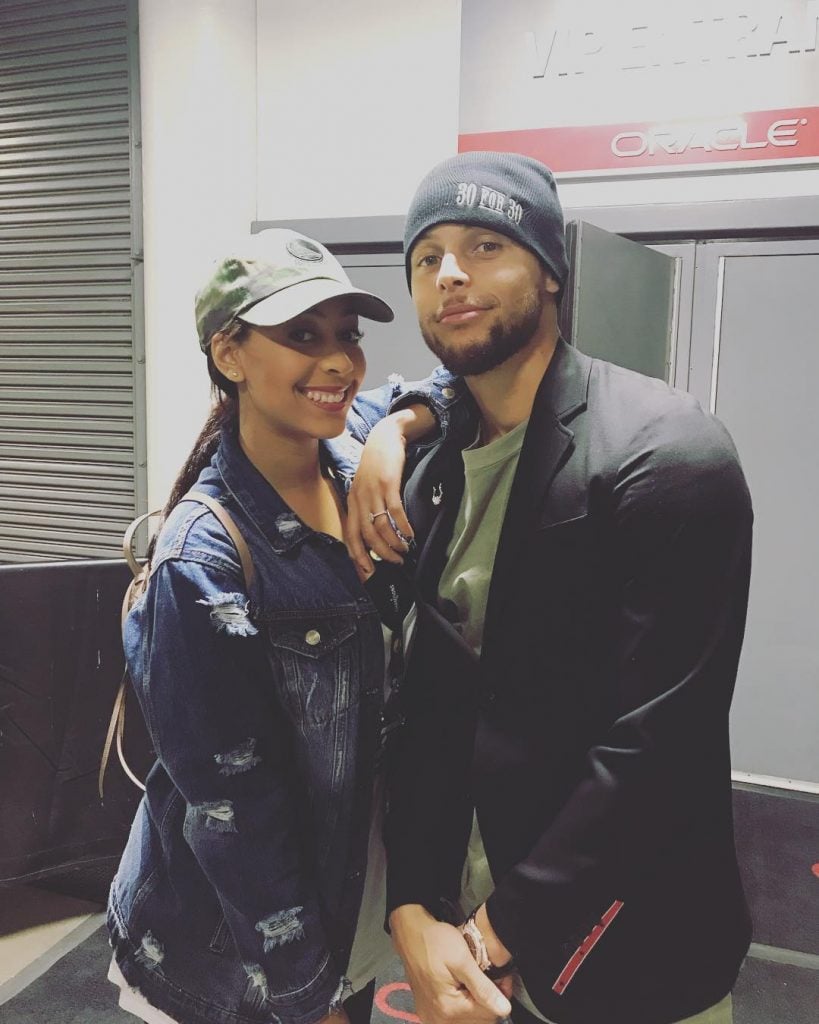 Sydel Curry got engaged to Atlanta Hawks’ shooting guard, Damion Lee, back in November 2017. The couple has been super busy planning their perfect wedding. And according to her Instagram page, she even had a great bachelorette with her gal pals in sunny Florida!

Sydel Curry went to Christian School in Charlotte and was an athlete there. She was the team captain for the school’s volleyball team for three years.

Thanks to Sydel Curry’s height of 5′ 9″, not to mention her incredible athletic skills, she led her team through three state quarterfinals and helped to bring the “most wins” record to her school.

After she graduated from high school, the volleyball player attended Elon University in North Carolina. Here, she played at the setter position and was redshirted in 2013.

In 2014, she was named as the team’s most improved player, as she recorded 14 digs in a four-set match, which was her career high. Curry was also known for her assists and helpers.

In 2017, she announced her retirement from volleyball. She became injured and didn’t want to take any more risks physically.

Curry said, “As much as I want nothing more than to have played my 5th year I know that some things, like injuries, are out of my control and I put all of that in God’s hands.”

Sydel Curry then graduated from Elon University with a degree in psychology. 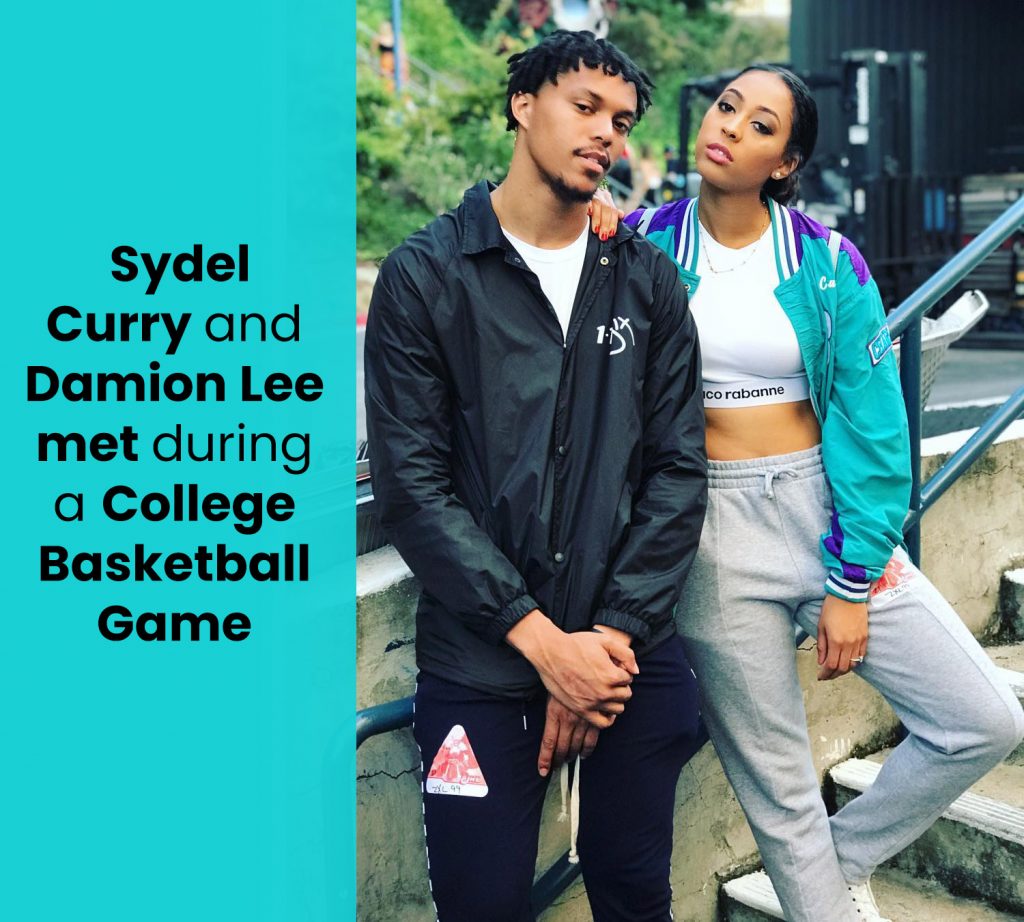 Curry has a YouTube channel called A Curry Girl, and she opened up to her fans about her love life in a Q&A video. She said that her brother, Seth Curry, was playing in Philadelphia, and Lee’s friend was also in the match.

“He was walking up the stairs, I was sitting in the stands and we kind of made eye contact,” Curry said.

Lee, who was also in the video, said that he when he saw her, he knew he was never going to “forget that face.”

On April 21, 2016, the couple starting texting after slipping into some DM action! They said that it was the same day that Prince died.

The couple has been together since mid-2016, and Lee said that he was the first one to say, “I love you,” which was on New Year’s Day in 2016. He had planned the whole thing out for her and bought her a necklace as a present. Aww!

The 23-year-old is now a social media influencer. Sydel Curry’s YouTube channel, A Curry Girl, has over 8K subscribers. Her website shares the same name, and it’s all about Curry’s love for fitness, fashion, and charity.

From sharing tips on how to eat healthy to suggesting the latest in fashion, Curry’s website has a fresh and interesting approach to blogging.

Meanwhile, Sydel Curry’s Instagram account has over 560K followers, and she is huge on endorsements. Brands like Sugar Bear Hair, TeaMi Tea, and Care/of Vitamins all flock to sign her on as an influencer.

Curry has been posting vlogs on YouTube for a year now, starting with a Q&A of Curry’s life.

And as for their highly anticipated nuptuals? Sydel Curry and Damion Lee are set to get married in August 2018!