Matt Kuchar split from his longtime caddie in 2020. Enter Sybi Kuchar, Matt Kuchar’s wife and fellow athlete. The couple has been together for almost two decades and is still going strong. She’s supported Matt through the highs and lows of his career and is well acquainted with the sport. And she’s also caddied for Kuchar’s competitor, Zach Johnson (in 2018). Rest assured Matt’s clubs are in good hands. As she is getting the spotlight at the BMW Championship, we reveal some details on their relationship in Sybi Kuchar’s wiki.

Born Sybil Parker on January 6, 1977, she is one of two children born to Priscilla Ream Parker and James Phillip “Jimmy” Parker. She and her brother, James Andrew “Drew” Parker, grew up on St. Simons Island in Georgia, and the family still resides there.

Jimmy and Priscilla Parker work with a group dedicated to preserving the landmarks of St. Simons Island. Jimmy is a professional tennis coach there and has also passed on his love for the sport to his children.

Both Sybi and Drew Parker played tennis. The siblings went on to play collegiate tennis, but neither played professionally.

Sybi attended the Georgia Institute of Technology (Georgia Tech), where she played tennis. She is listed among the letterwinners of 1996-1999.

Matt and Sybi are known to enjoy a game of doubles occasionally. And Matt’s skills are comparable to his wife’s, he says. 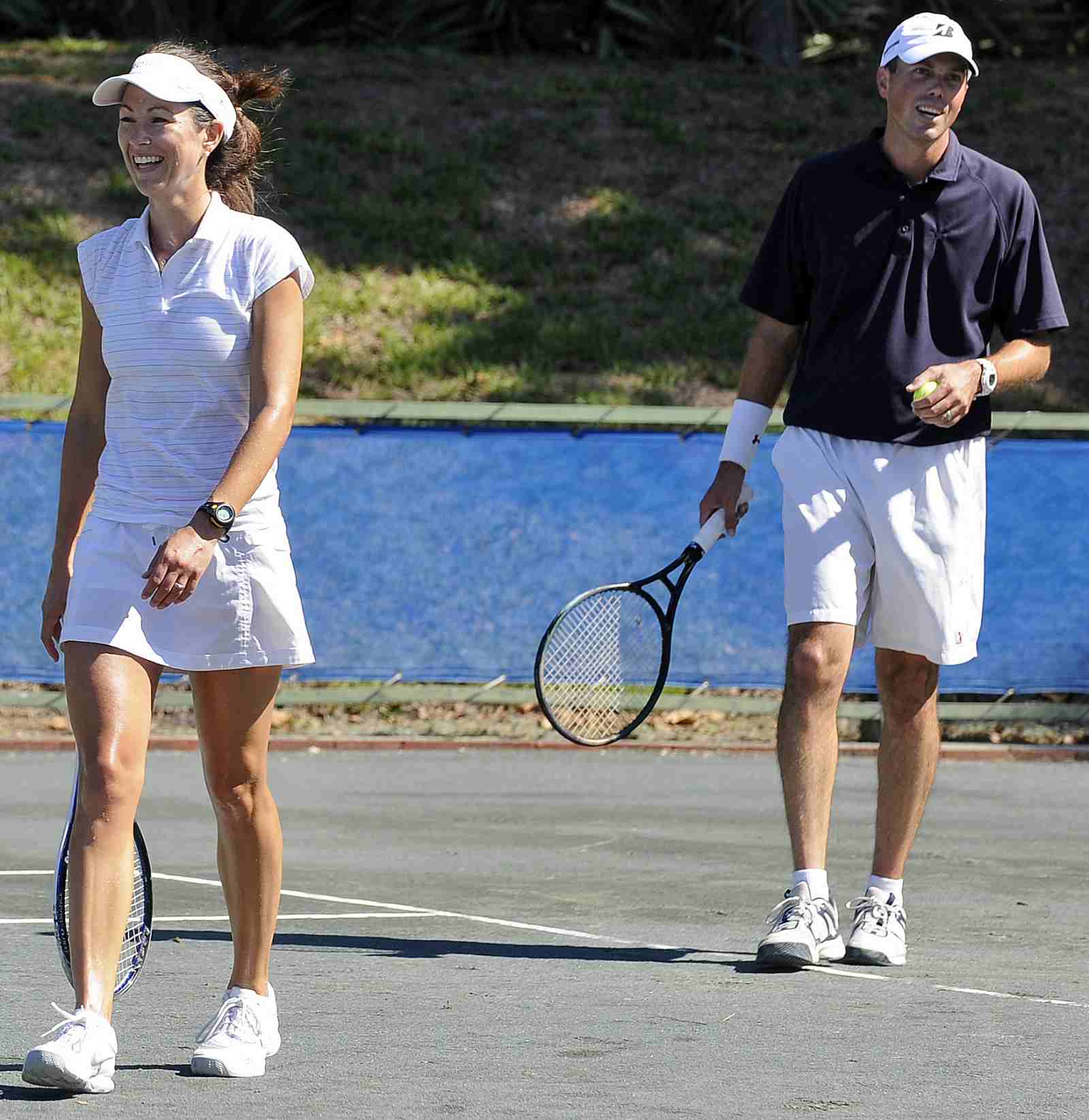 In the same interview, Matt said Sybi coached tennis after college. She briefly taught tennis at the Tiburon Peninsula in California. She then stopped playing tennis until Matt got her back into it when they began dating.

He graduated in 2000 with a degree in management and Sybi was teaching tennis in California. She also had a boyfriend before she would meet Kuchar again.

Matt and Sybi reunited at Georgia Tech when they were attending a football game. Sybi was in the process of moving back home then. He invited her to his game and they officially began dating in 2002.

“She was moving back to Georgia. She spent three years in California, she moved back to Georgia. We started communicating and it quickly [led] to dating and quickly [led] to marriage. I think it was within a year we were married before we got back together. We were very close in school. I think both of us were pretty occupied with our sport and with school as well. We would go out and hang out, but not a whole lot of dating,” recalled Matt.

Matt Kuchar and Sybi Parker tied the knot in 2003 at the private hunting, fishing and golfing retreat, Cabin Bluff. The venue is reportedly located on the border of Florida and Georgia, a fitting reference to their respective home states. 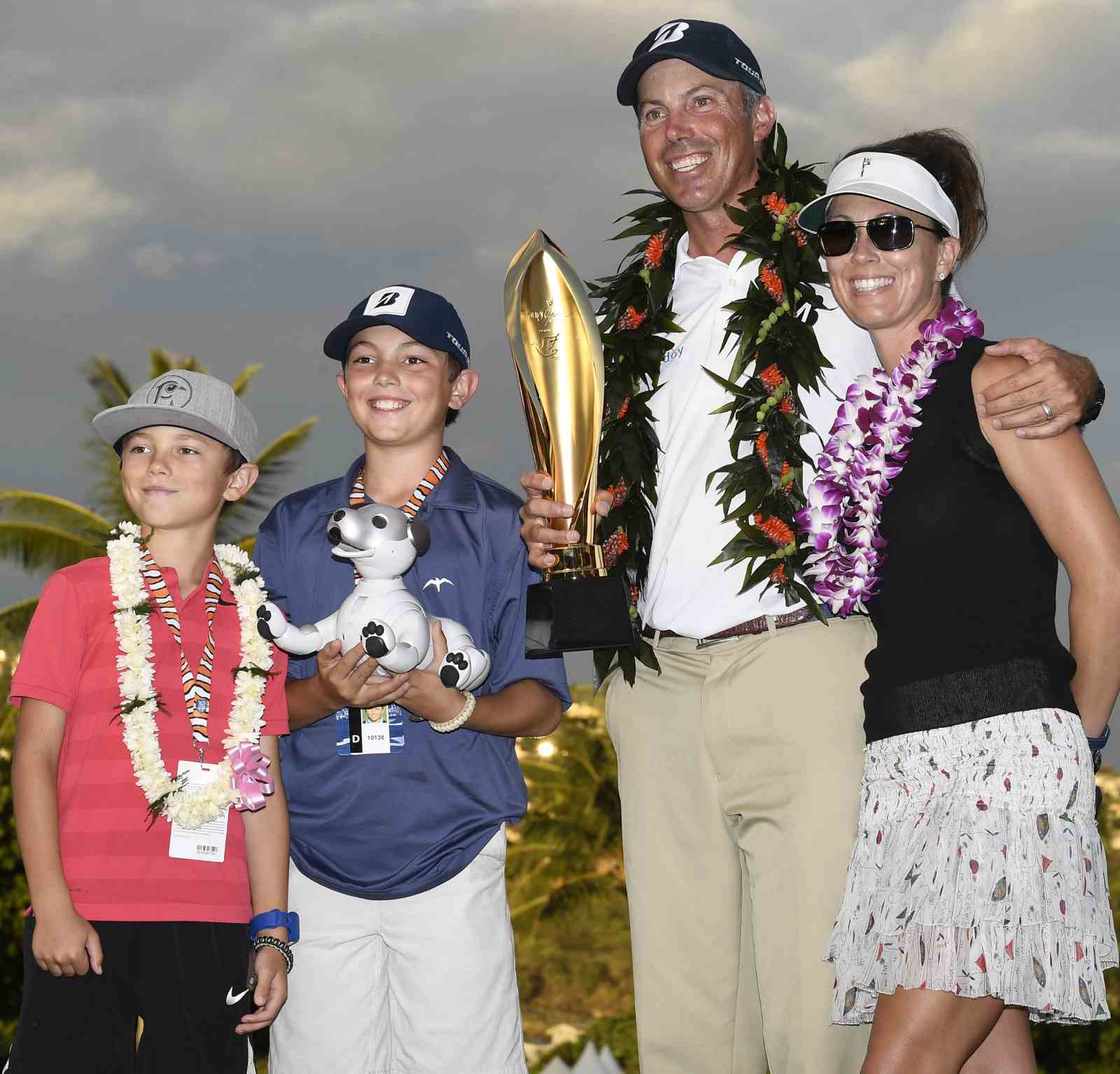 They are parents to two boys, Cameron Cole Kuchar (born 2007) and Carson Wright Kuchar (born 2009). The family resides in St. Simons Island, and it is said Carson shows the Parker family’s talent for tennis.