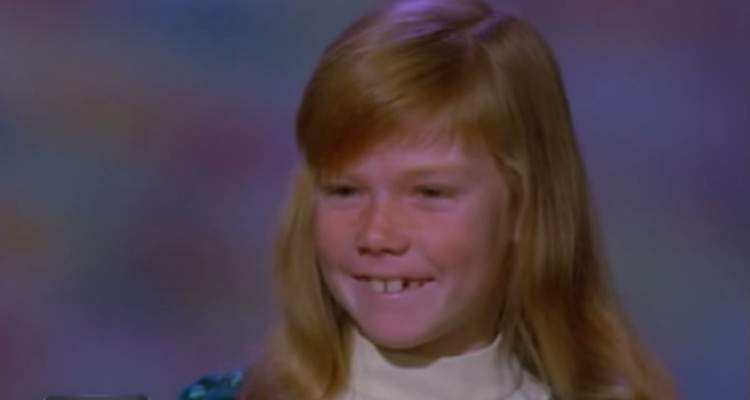 It’s a sad day for The Partridge Family fans. Actor and singer David Cassidy’s death was announced on Tuesday, and fans are remembering another beloved actress on the show who also passed away. Suzanne Crough, who played the youngest sibling of the on-screen musical family, died in 2015. Keep reading to know more about Suzanne Crough’s net worth and her life after The Partridge Family.

David Cassidy has died, and fans of The Partridge Show are coming to terms with the loss. His passing also brought back memories of Suzanne Crough’s death. The former child actress who played Tracy Partridge will always be a precious memory for The Partridge Family fans.

So, what happened to Suzanne Crough? What was Suzanne Crough’s cause of death? Find out everything you need to know about the youngest member of The Partridge Family in our Suzanne Crough wiki.

Born on March 6, 1963, in Fullerton, California, she was cast on The Partridge Family when she was seven years old.

Suzanne Crough’s The Partridge Family character was a little girl with a delightful smile and sweet presence. She played the tambourine in the family band, as they toured the country in their colorful bus. She was the youngest child of Shirley Partridge, a widowed mother of five children.

Fans have sweet memories of Crough as a little girl who always seemed to quietly play the tambourine while her older siblings stole the limelight.

Crough made a small fortune starring on The Partridge Family, although the exact figure is not known. She also made money from a bookstore she owned, and other jobs. Suzanne Crough’s net worth was $300,000 at the time of her death on April 27, 2015.

Life after The Partridge Family

After four successful seasons, The Partridge Family was off the air in 1974. Crough then appeared in some TV movies and had cameo roles in shows like 1977’s Mulligan’s Stew.

Her last on-screen performance was on a TV movie, Children of Divorce that was released in 1980.

Out of the shining lights of Hollywood, the former child actor lived a normal life. She went on to study at Piece College, a community college in Los Angeles, and owned and ran a bookstore until 1993.

She married William Condray in July 1985 and had two daughters: Samantha and Alexandra. The couple planned on celebrating their 30th wedding anniversary the year Crough died.

At The Partridge Family reunion on The Today Show in 2010, 40 years after the show first aired, Crough made an appearance with co-stars David Cassidy, Danny Bonaduce, and Brian Forster. She said she worked as a manager at an OfficeMax in Bullhead City, Arizona.

About the show being a huge success, she said, “I think America was also looking for a funny, wholesome show. It kind of goes through waves.”

What Happened to Suzanne Crough?

Her sudden death at the age of 52 came as a shock to The Partridge Family fans. Everyone was asking how Suzanne Crough died. Not even other members of the cast could fathom why she passed away so soon.

She was living in Laughlin, Nevada when she passed away and, according to a Nevada coroner, Suzanne Crough’s cause of death was a rare heart condition.

Actor Danny Bonaduce, who played Tracy’s older brother on the show, paid tribute to his former co-star in an interview with People magazine, “Everyone thought I’d be the first Partridge to go. Sadly, it was little Tracy. Suzanne was a wonderful lady and a good mom. She will be missed.”

She may not have had a leading role on the show, but she completed The Partridge Family as only she could!

As fans watch reruns of their favorite show, Suzanne Crough and David Cassidy will always be remembered as two of the sweetest musical siblings from The Partridge Family. They will forever be missed.