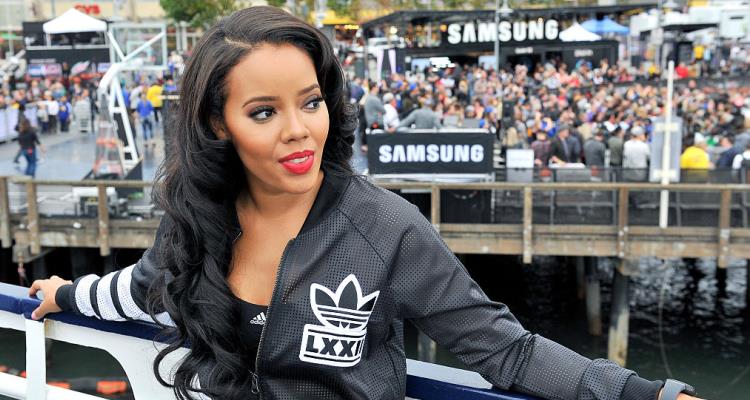 Sutton Tennyson, Angela Simmons’ ex-fiancé and the father of her son, Sutton Joseph Tennyson, was murdered in the garage of his Atlanta home on Saturday, November 3, 2018.

Authorities say Tennyson was meeting with a contractor at his home to discuss an upcoming renovation when Michael Williams allegedly showed up looking for a fight. According to the contractor, who was the sole witness to the incident, the two men started arguing about money.

When Tennyson began walking away from the argument, Williams allegedly pulled out a gun and shot him several times, killing him instantly.

Williams was known to police prior to this incident. In 1996, he was convicted of manslaughter along with a slew of other serious charges. He’s been denied bond for this trial.

As you can imagine, Angela Simmons was absolutely heartbroken over the loss of her ex-fiancé. Upon hearing the sad news, she immediately took to Instagram to air out her grievances, posting an adorable picture of Tennyson with their infant son and this heartwarming tribute:

Thank you for leaving behind my greatest gift . I’m hurting . I’m numb. Thank you for the out pouring of love everyone . I cant believe I’m even saying Rest In Peace Sutton . I promise to hold SJ down in every way I promise ❣️

The post is captioned, “Thank you for leaving behind my greatest gift. I’m hurting. I’m numb. Thank you for the out pouring of love everyone. I cant believe I’m even saying Rest In Peace Sutton. I promise to hold SJ down in every way I promise ❣”.

Continue reading our Sutton Tennyson wiki to learn everything you need to know about the father of Angela Simmons’ baby.

Who Is Sutton Tennyson?

Sutton Tennyson is most famous for being engaged to Angela Simmons, the daughter of Joseph Simmons, who was one of the founding members of the legendary rap group, Run DMC.

He was born on November 5, 1980 in Atlanta, Georgia, and was killed just two days shy of his 38th birthday.

Aside from appearing on Growing Up Hip Hop alongside his would-be fiancée, Tennyson was also a businessman who tried his hand at breaking into the music industry.

In 2005, he launched Meadowlark Records with a few of his buddies in Atlanta, but unfortunately, the company didn’t really go anywhere. Before his untimely death, it was estimated that Tennyson was worth approximately $500,000.

Sutton Tennyson’s age was 37 when his life was tragically cut short.

Simmons and Tennyson first got engaged back in April 2016. She announced the happy news on her Instagram account by sharing a video of her glistening diamond ring:

YES!! I couldn't be more excited. This is only something I could of only dreamed of. I'm over the moon and feeling so blessed to be able to share my life with the one I truly love. Everything happened in the most perfect way. ????❤️❤️

She captioned the post by saying, “YES!! I couldn’t be more excited. This is only something I could of only dreamed of. I’m over the moon and feeling so blessed to be able to share my life with the one I truly love. Everything happened in the most perfect way. ????❤❤”.

Their son was born later that year in September.

Unfortunately, things didn’t end well for the seemingly happy couple. Shortly after their engagement, a woman stepped forward claiming that Tennyson had been unfaithful. She even sent pictures and videos to an online celebrity magazine from the inside the reality star’s apartment, proving that she was having an affair with him.

2017 … You were a beast . I can truly say that this year has made me stronger . Well I recognized my strength to walk away from what isn't healthy for me. I faced my biggest fears this year. And from that I am open to my new life and evolving . I truly have seen and been through some stuff that I know tons of women go through. And I speak up to let you know there's hope. All of those who are single mothers that are hurting that want to give up .. Don't ! Also don't stay somewhere that you aren't valued . And don't allow anyone to treat you less than what you are. It's not easy to face my truth in front of this cold world . But I face it with pride because I got through this and will get through it all! Protect yourself !!! Take the steps you need to make sure you are really happy!! Really happy inside. Not just a smile . Not just waking up to another day. But loving the day you are waking up in. I don't speak to down talk anyone . But I speak to free myself from my past. I'm ready to turn the page . And ready to uplift anyone who needs uplifting along the way! 2018 … I can't wait to meet you ❤️

In true Angela Simmons fashion, she announced her breakup with her baby daddy on Instagram as well, with this post about self-empowerment: 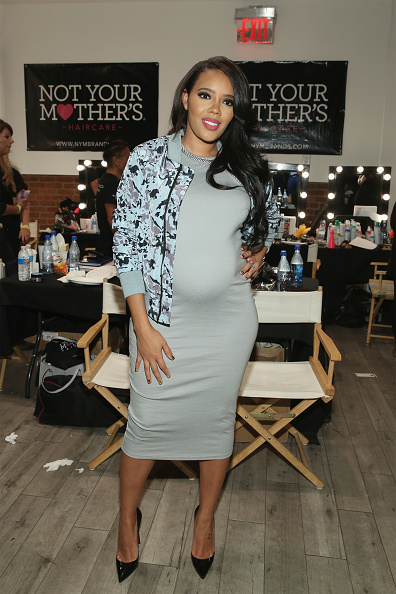 Reality star and fashion designer, Angela Simmons and Atlanta businessman, Sutton Tennyson, welcomed a healthy baby boy in September. Soon after, the new mom took to Instagram (of course) to reveal her new bundle of joy to the public with the caption, “The best part of my life has just begun #Motherhood #ImSoInLove.” There’s no word on the baby’s name at this time.

The reality star, celebrated her pregnancy with an epic baby shower at Sugar Factory in New York City. The gathering was simple and classy, and included close friends and family. Everyone was catching up with Simmons, and taking selfies in the tap-snap photo booth. The shower included food such as fried shrimp, macaroni, cheese balls, fries, wings, and vegetables.

We have no doubt with all the lovely gifts from family and friends, plus the hefty amount of Angela Simmons’ net worth, she will have no problem spoiling her new little addition! As an American socialite, a businesswoman, and of course the daughter of famed hip-hop legend Reverend Run (of Run-D.M.C.), Angela Simmons’ net worth is estimated at $7.5 million!

Sources allege that Sutton Tennyson has a criminal past and was arrested in 2000. He served time for carrying a concealed weapon, had charges with credit forgery, identity theft, drug possession, and police obstruction.

In 2016, while Simmons and Tennyson were engaged, it was revealed that one of his ex-girlfriends had filed court papers against him, accusing him of domestic violence against her.

Reportedly, Simmons’ father even refused to attend Sutton Tennyson’s funeral due to reports of their relationship being volatile.

While the actual reasons as to why Joseph Simmons boycotted the funeral are unknown, there’s certainly a lot of speculation. Joseph Simmons reportedly disliked Tennyson because of the cheating scandal that came out while Tennyson was engaged to his daughter.

Plus, let’s not forget about the domestic violence charges that were previously filed against Tennyson before he even started dating Angela. All of the criminal charges coupled with the fact that Joseph Simmons is a God-fearing, spiritual man don’t make for a good relationship.

Angela Simmons attended the funeral with her brother Jojo. Judging from the video she posted, it was a very untraditional event and there was even a party afterward in celebration of her baby daddy’s life.