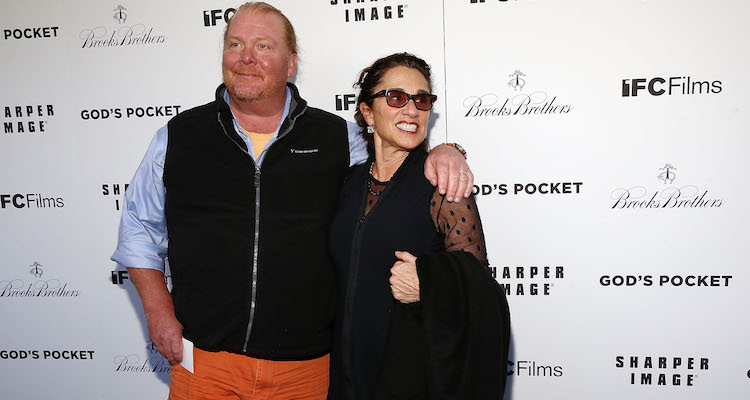 Who is Mario Batali’s wife, Susi Cahn? Since the now disgraced chef has been named by at least four anonymous women for sexual harassment. If you want to learn more about her, then take a look at our Susi Cahn wiki.

Who is Susi Cahn?

Cahn has been married to Batali since 1994 and they have two sons together: Leo and Benno. The eldest is Benno and he has been studying at the University of Michigan. He and his brother have an interest in cooking. They also released a cookbook in 2013 titled, The Batali Brothers Cookbook. Susi Cahn’s net worth is shared with her husband’s $25.0 million.

Cahn’s parents, Miles and Lillian Cahn, co-found luxury brand Coach, Inc. in 1946. By 1950, they took over the company and in 1985, sold it to the Sara Lee Corp. for an estimated $30.0 million so they could focus on their goat farm and cheese production company in New York.

In the wake of the sexual misconduct allegations made against him, Batali released a statement and apologized.

“I have work to do to try to regain the trust of those I have hurt and disappointed. For this reason, I am going to step away from day-to-day operations of my businesses. We built these restaurants so that our guests could have fun and indulge, but I took that too far in my own behavior. I won’t make that mistake again. I want any place I am associated with to feel comfortable and safe for the people who work or dine there.”

He continued: “I know my actions have disappointed many people. The successes I have enjoyed are owned by everyone on my team. The failures are mine alone. To the people who have been at my side during this time — my family, my partners, my employees, my friends, my fans — I am grateful for your support and hopeful that I can regain your respect and trust. I will spend the next period of time trying to do that.”

In the Eater New York article, many of the women came forward about their traumatic experiences but remained nameless.

A former employee said: “He lifted his arms straight up and grabbed both of my breasts,” she said. “I took a step back and I pushed him away, and when I did that, I remember he said, ‘Oh, come on.’”

“In that moment I realized, ‘I’m just a body [to him],’” she said of the experience. Though at the time, she no longer worked for Batali, she worked for him a few years prior and said she believed they shared some mutual respect. “When I’ve seen him over the years, I don’t have a sense that he even remembers,” she said, though she added, “I haven’t spoken to him about it.”

Cahn has not commented on the sexual harassment allegations against her husband at this time.