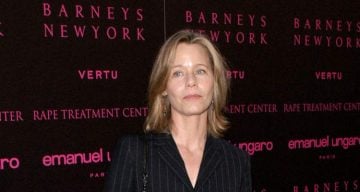 The Partridge Family was a series in the early ‘70s that paved a whole new way for TV shows. The musical comedy made us all fall in love with the simplicity of the show, not to mention the characters themselves. While David Cassidy was every girl’s heartthrob at that time, the boys had a thing or two for The Partridge Family’s Susan Dey.

Susan Dey is most known for her iconic role in the sitcom, where she played the second oldest child, Laurie Partridge. Laurie was the perfect teen with all her little adventures, and people just loved how she held it together while the rest of the kids went berserk.

If you were a fan of the show, too, then you need to read about what Susan Dey is up to now, 43 years after the show ended.

A Glittery Start to a Great Career

When Susan Dey was offered the role of Laurie Partridge, she was 17 and already working as a model. Although Dey was new to acting, she was amazing in the role she played.

It was the start of her acting career that Dey became a pretty famous personality, playing the role of dreamboat David Cassidy’s on-screen sister. Laurie soon became the “it” girl, and she began appearing in some pretty famous magazines like ‘Teen and Seventeen.

Dey soon began bagging endorsement deals for various teen products, because she had impacted young girls beyond thought. From hairspray to clothing, Dey was everywhere leading young American girls to keep up with the trends.

Susan Dey after The Partridge Family

The show’s producers decided to finish up with the sitcom in 1974. Although it wasn’t considered a problem for David Cassidy to bag roles in the future, fans were wondering what the rest of the cast had in store. But it’s pretty safe to say, Susan Dey was probably the most successful Partridge member after the show.

In 1977, Dey began doing some substantial roles not only in TV, but also in movies. She starred in the romantic film, First Love, opposite William Katt. Then, in the early ‘80s, she starred in the sci-fi movie, Looker.

Dey then landed a role in the film, Echo Park in 1986. She played the lead role of a stripper delivering singing telegrams, who was a waitress before she took up the job to make money.

In the next two years, Dey’s life changed for the better after she grabbed a role on the hit TV show, L.A. Law. She played the Deputy District Attorney, Grace Van Owen. Her character was loved so much, that Owen was made judge in the later seasons.

The role in the legal drama series gave Dey a chance at winning an award, and did she! Susan Dey was awarded the coveted Golden Globe Award for Best Actress in a Leading Role – Drama Series, in 1988. She was even nominated for an Emmy in 1987, 1988 and, 1989, but didn’t receive the award.

By the time the ‘90s approached, Dey was a household name. And, she went on to host an episode of Saturday Night Live.

Dey was then cast in another sitcom, Love & War, opposite Jay Thomas. However, she was later replaced, as the directors felt that the two actors did not show enough chemistry.

Where Is Susan Dey Now?

The successful actress married Leonard Hirshan in 1976, and the couple even welcomed a daughter two years later. But the relationship failed, and Dey married her current husband, Bernard Sofronski, in 1988.

Susan Dey has been an actively involved in the Rape Treatment Center at UCLA as a board member, helping as many victims of on-campus rape as she can.