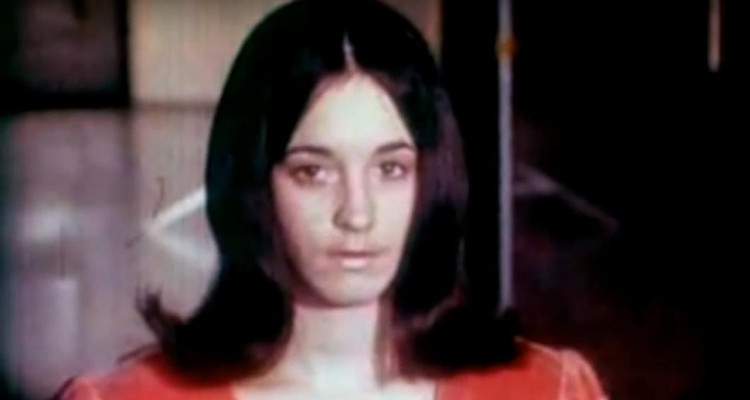 In 1969, followers of the charismatic Charles Manson went on a savage two-night murder spree. The Manson Family was apprehended and their ringleader was convicted. Charles Manson is now dead, but what happened to his most brutal follower, Susan Atkins?

After building a band of followers with his charm, and directing them to commit some of the most brutal murders in American history, Charles Manson and the Manson Family were sentenced to death. Their punishments were reduced to life sentences but death came for Charles Manson. The cult killer died on Sunday (November 19) which begs us to question what became of the followers who killed under his influence. One of the deadliest Manson Family members was Susan Atkins. Find out about her death, husband, children, and her life in the cult, right here in our Susan Atkins wiki.

#1. Not Your Typical Murderer

The Manson Family members wouldn’t seem capable of murders at first sight. Hailing from middle-class white backgrounds, they were “hippies” who all shared a troubled family history and were easily swayed by Manson.

Atkins was said to be a quiet and self-conscious girl born in California and raised in North Carolina. She was the second of three children born to Edward John and Jeanette, both alcoholics. After her mother died of cancer in 1963, her childhood was disrupted by the breakdown of her family and constant moving.

A singer, she performed in her school’s glee club and church choir. She arranged for the church choir to sing under her bedroom window for practice. She was reportedly sexually abused by a male relative when she was young.

#2. She Fended for Herself

Atkins went through hardships in her childhood, which taught her to look after herself. After her mother’s death, relatives took care of her and her two brothers. Later, her father took her and her younger brother, Steven to California. While he worked at the San Luis Dam construction project, he left Susan and Steven to fend for themselves.

She took a job while still in junior year so she could support herself and Steven. While she was average in her studies, her grades dropped drastically. By then, she lived with several relatives.

She soon left home and traveled to San Francisco. There, she teamed up with two convicts to go on a robbery spree. After a short stint in prison, she performed in a topless revue.

In 1967, Atkins was sharing a house with several friends where she met an older, very charming and impressive man with a guitar. When cops raided their home, she was rendered homeless until Charles Manson invited her to join their group. He nicknamed her Sadie Mae Glutz as they embarked on a road trip, gathering members to join their “Family.”

The Manson Family, with Susan, settled in the Spahn Ranch in Southern California. While there, she joined the Family in the deadliest mass murder in history. She was there when the Manson Family murdered Gary Hinman, a friend of Charles Manson and was convicted of this murder.

But cops didn’t know she was responsible for a more deadly murder until she self-implicated herself. Atkins admitted to her cell inmates that she killed actress, Sharon Tate.

22-year-old Atkins, Linda Kasabian, Patricia Krenwinkel, and high-ranking Family member, Charles “Tex” Watson were directed to go to the Beverly Hills home of director Roman Polanski, which he shared with his young wife, Sharon Tate. Polanski was away in London at the time. By the end of the night, eight-and-a-half-month pregnant Tate and four others were found brutally murdered.

Atkins later admitted that she killed the pregnant actress. She changed her story a few times, one version claiming that she held Tate down while Tex stabbed her repeatedly.

The most horrific account of this murder details that Tate actually begged for her and her unborn baby’s lives. But Atkins rebuked her saying, “Look bitch, I have no mercy for you. You’re going to die and you’d better get used to it,” before stabbing her.

According to prosecution reports, Atkins tasted Tate’s blood and used it to scrawl “Pig” on the front door. It was a modus operandi for the Family members to use their victims’ blood to write on walls.

While at Spahn Ranch, Atkins got pregnant with the child of Bruce White, who spent a short stint with the Family. She gave birth to a son she named Zezozose Zadfrack Glutz. When she was convicted, the child was removed from her care and later adopted. She had no contact whatsoever with him after that.

Manson and the Family, including Atkins, were given the death sentence before California outlawed capital punishment. Their sentences were reduced to life terms, which Atkins spent detailing her life with Manson in her autobiography, Child of Satan, Child of God.

She later denounced Manson and became a Born-Again Christian, became active in prison ministry, and received two commendations for assisting in emergency health interventions with other inmates. One of them was preventing a suicide attempt.

She was the longest serving female inmate in California’s history, and married twice in prison. Her first husband, Donald Lee Laisure was a self-described millionaire with his own eccentricities. She divorced him when she realized he didn’t have as much as he claimed, and had been married 35 times before!

She married again in 1987 to James W. Whitehouse, a Harvard Law graduate 15 years her junior. He represented her at her 2000 and 2005 parole hearings. They remained married until her death in 2009.

Atkins was routinely denied parole despite her changed ways. Sharon Tate’s family did their best to make sure she didn’t get out of prison. While she was dying of brain cancer, she requested compassionate release, but was denied.

Susan Atkins dreamed of living a free woman in Laguna Beach while doing her best to discourage youth from idolizing Manson. However, a year after she was diagnosed with cancer, she died in prison at the age of 61.