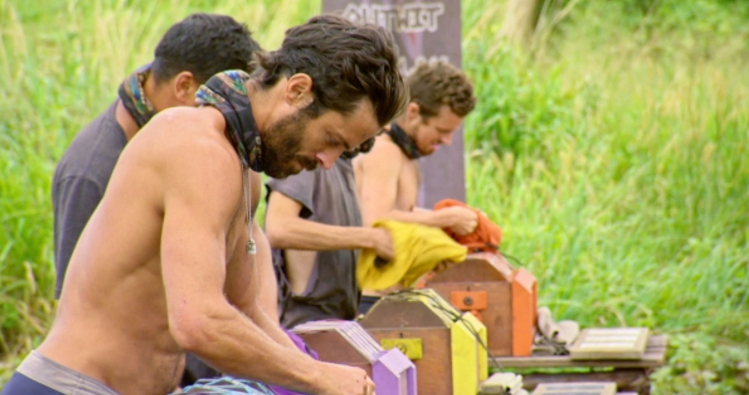 Season 33 of Survivor aired its final episode tonight. Survivor: Millennials vs. Gen-X pitted 10 millennials against 10 gen-Xers. Only six of them made it to the finale and one of them was crowned the winner.

And then there were three! Survivor: Millennials vs. Gen-X season finale aired tonight. The show began with 20 castaways and now only six remain. Millennials Adam Klein (25), Hannah Shapiro (24), and Jay Starrett (27), and Gen-Xers David Wright (42), Bret LaBelle (42), and Ken McNickle (33) were the last contenders for the title of the final survivor. Did the Millennials prove they can survive anything? Or did the Gen-X show they’re the strongest survivors? Here’s who won Survivor: Millennials vs. Gen-X.

Who Won Survivor: Millennials Vs. Gen-X?

Survivor: Millennials vs. Gen-X came down to three Millennials (the Vanua tribe) and three Gen-Xers (the Takali tribe). Among the six final castaways, Millennial Hannah Shapiro was the only woman in contention to win the title this season. The finale began by introducing the season 33 finalists.

Ken McNickle from the Takali tribe chose to use his legacy advantage, given to him by Jessica Lewis. It guaranteed him immunity in the next tribal council, and left the others to compete for the immunity challenge the next day. McNickle’s fellow Gen-Xer, David Wright won the immunity challenge, and with it a delicious steak dinner!

Jay Starrett from the Vanua tribe mistakenly picked up a fake immunity idol and began to gloat. He tried to convince his fellow Millenial, Adam Klein and the 42-year-old Wright, to vote Bret LaBelle off the island. However, host, Jeff Probst took one look at the idol Starrett had and said, “This is not an immunity idol. It is a work of art, but it has no value in this game.”

At this point, McNickle had used his legacy advantage and saved himself, and Starrett was voted out, leaving two Millennials and three Gen-Xers left in the game.

McNickle won the next challenge, while Klein was looking for an immunity idol, convinced that Wright was trying to vote him out. Sure enough, Wright was appealing to the other castaways to vote Klein off the island. Fortunately, Klein found an idol and nobody voted him off the island. Instead, the castaways voted off LaBelle. At this point, the score was tied at 2:2 for both Gen-X and the Millennials.

The final three appealed to the jury in a last bid to win. Both McNickle and Klein too subtle jabs at Shapiro’s gameplay. Klein also wept while talking about how much the victory would mean for his sick mother, who was dying of cancer.

Probst counted the votes in front of the finalists, and announced that Millennial, Adam Klein won by a unanimous vote from the jury, and was declared the final survivor!

Trending
Why Is Courtney Webb Leaving QVC? Where Is She Going?