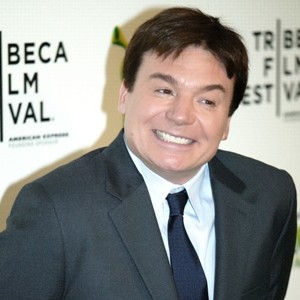 Actor Mike Myers does a pretty good job of flying under the celebrity gossip radar, probably because, when he’s not working, he lives a pretty normal life thanks to his wife, Kelly Tisdale. Myers, 50, first started dating 36-year-old Tisdale, a café owner, back in 2006. When a tabloid first revealed the news of their May-December relationship, Tisdale hinted that they had actually been dating for a while, saying, “We’re actually surprised you guys didn’t find out about us sooner.” Everyone else was surprised, too.

The celebrity couple even managed to secretly wed in 2010, and it wasn’t until five months later that the media found out that the actor was even married.

Myers has opened up in the past about becoming a father so late in life, describing the experience as “the greatest thing that can happen to you,” adding, “I am the happiest I have ever been in my life.”